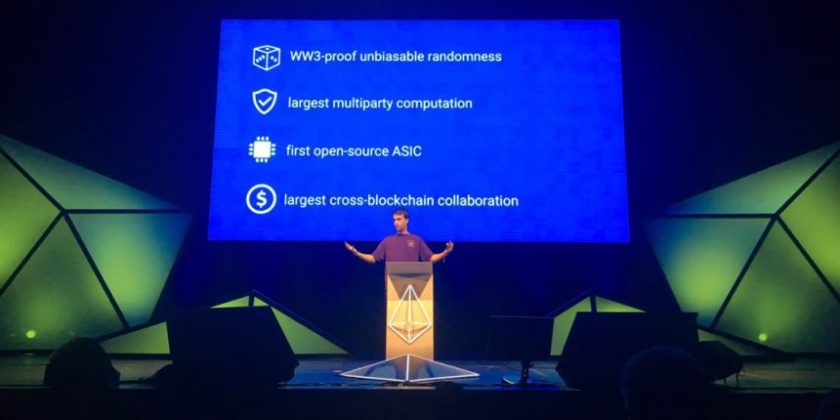 In essence, the beacon chain is a random number generator, and it’s expected to form part of the next major iteration of the ethereum network – ethereum 2.0 – under an alternative, proof-of-stake consensus protocol (compared to the proof-of-work approach utilized today).

While the term “ASIC” in the cryptocurrency space is more commonly associated with the technology applied to mining, the proposed ethereum 2.0 hardware isn’t engaging in that same, computationally-intensive process.

Instead, these ASIC devices will engage in a comparatively less costly operation known as the Verifiable Delay Function. This helps to shuffle the validators that are intended to replace miners in ethereum’s proof-of-stake system. The idea is that the hardware will prevent any one individual or organization from coalescing enough power to overtake system operations.

All told, the project is estimated to cost between $20 million and $30 million, according to Drake. That includes $15 million to $25 million for research and development, as well as $5 million to build an estimated 5,000 machines.

What’s more, the Ethereum Foundation and Filecoin – which raised more than $250 million through an initial coin offering (ICO) last year – will be splitting costs for project research and development fifty-fifty. Their overall commitments could be reduced, as Drake left the door open to other blockchain projects contributing funds.

Looking at the work ahead, Drake struck a positive tone – particularly the prospect of designing and implementing the plan in an open-source fashion.

“Open-source ASICs haven’t really been done before so it’s all very exciting for me,” Drake remarked.