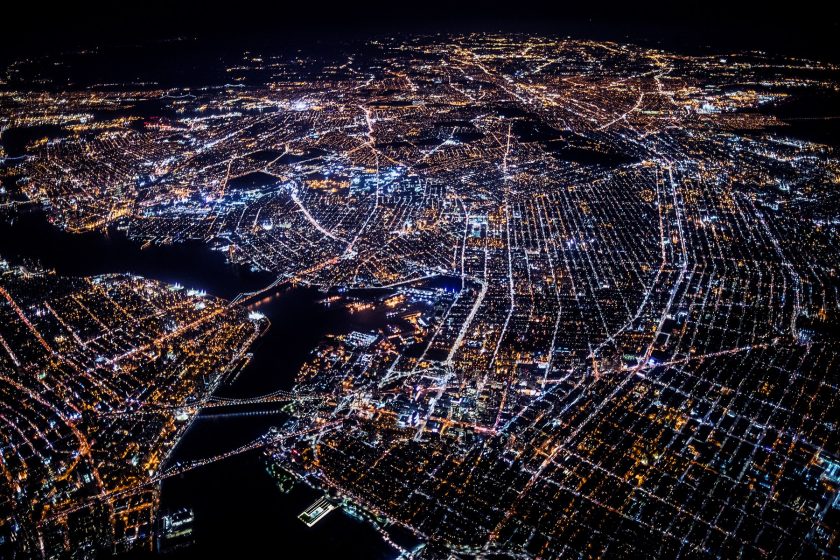 A new study found that just 42,000 of those hacked home devices
could be enough to leave a country of 38 million people in the dark.

When the cybersecurity industry warns about the nightmare of hackers causing blackouts, the scenario they describe typically entails an elite team of hackers breaking into the inner sanctum of a power utility to start flipping switches. But one group of researchers has imagined how an entire power grid could be taken down by hacking a less centralized and protected class of targets: home air conditioners and water heaters. Lots of them.

At the Usenix Security conference this week, a group of Princeton University security researchers will present a study that considers a little-examined question in power grid cybersecurity: What if hackers attacked not the supply side of the power grid, but the demand side? In a series of simulations, the researchers imagined what might happen if hackers controlled a botnet composed of thousands of silently hacked consumer internet of things devices, particularly power-hungry ones like air conditioners, water heaters, and space heaters. Then they ran a series of software simulations to see how many of those devices an attacker would need to simultaneously hijack to disrupt the stability of the power grid.

Their answers point to a disturbing, if not quite yet practical scenario: In a power network large enough to serve an area of 38 million people — a population roughly equal to Canada or California — the researchers estimate that just a one percent bump in demand might be enough to take down the majority of the grid. That demand increase could be created by a botnet as small as a few tens of thousands of hacked electric water heaters or a couple hundred thousand air conditioners.

“Power grids are stable as long as supply is equal to demand,” says Saleh Soltan, a researcher in Princeton’s Department of Electrical Engineering, who led the study. “If you have a very large botnet of IoT devices, you can really manipulate the demand, changing it abruptly, any time you want.”

Just a one percent bump in demand might be enough to take down the majority of the grid.

The result of that botnet-induced imbalance, Soltan says, could be cascading blackouts. When demand in one part of the grid rapidly increases, it can overload the current on certain power lines, damaging them or more likely triggering devices called protective relays, which turn off the power when they sense dangerous conditions. Switching off those lines puts more load on the remaining ones, potentially leading to a chain reaction.

“Fewer lines need to carry the same flows and they get overloaded, so then the next one will be disconnected and the next one,” says Soltan. “In the worst case, most or all of them are disconnected, and you have a blackout in most of your grid.”

Power utility engineers, of course, expertly forecast fluctuations in electric demand on a daily basis. They plan for everything from heat waves that predictably cause spikes in air conditioner usage to the moment at the end of British soap opera episodes when hundreds of thousands of viewers all switch on their tea kettles. But the Princeton researchers’ study suggests that hackers could make those demand spikes not only unpredictable, but maliciously timed.

The researchers don’t actually point to any vulnerabilities in specific household devices, or suggest how exactly they might be hacked. Instead, they start from the premise that a large number of those devices could somehow be compromised and silently controlled by a hacker. That’s arguably a realistic assumption, given the myriad vulnerabilities other security researchers and hackers have found in the internet of things. One talk at the Kaspersky Analyst Summit in 2016 described security flaws in air conditioners that could be used to pull off the sort of grid disturbance that the Princeton researchers describe. And real-world malicious hackers have compromised everything from refrigerators to fish tanks.

Given that assumption, the researchers ran simulations in power grid software MATPOWER and Power World to determine what sort of botnet would / could disrupt what size grid. They ran most of their simulations on models of the Polish power grid from 2004 and 2008, a rare country-sized electrical system whose architecture is described in publicly available records. They found they could cause a cascading blackout of 86 percent of the power lines in the 2008 Poland grid model with just a one percent increase in demand. That would require the equivalent of 210,000 hacked air conditioners, or 42,000 electric water heaters.

The notion of an internet of things botnet large enough to pull off one of those attacks isn’t entirely farfetched. The Princeton researchers point to the Mirai botnet of 600,000 hacked IoT devices, including security cameras and home routers. That zombie horde hit DNS provider Dyn with an unprecedented denial of service attack in late 2016, taking down a broad collection of websites.

Building a botnet of the same size out of more power-hungry IoT devices is probably impossible today, says Ben Miller, a former cybersecurity engineer at electric utility Constellation Energy and now the director of the threat operations center at industrial security firm Dragos. There simply aren’t enough high-power smart devices in homes, he says, especially since the entire botnet would have to be within the geographic area of the target electrical grid, not distributed across the world like the Mirai botnet.

‘If you have a very large botnet of IoT devices, you can really manipulate the demand, changing it abruptly, any time you want.’
Saleh Soltan, Princeton University

But as internet-connected air conditioners, heaters, and the smart thermostats that control them increasingly show up in homes for convenience and efficiency, a demand-based attack like the one the Princeton researchers describes could become more practical than one that targets grid operators. “It’s as simple as running a botnet. When a botnet is successful, it can scale by itself. That makes the attack easier,” Miller says. “It’s really hard to attack all the generation sites on a grid all at once. But with a botnet you could attack all these end user devices at once and have some sort of impact.”

The Princeton researchers modeled more devious techniques their imaginary IoT botnet might use to mess with power grids, too. They found it was possible to increase demand in one area while decreasing it in another, so that the total load on a system’s generators remains constant while the attack overloads certain lines. That could make it even harder for utility operators to figure out the source of the disruption.

If a botnet did succeed in taking down a grid, the researchers’ models showed it would be even easier to keep it down as operators attempted to bring it back online, triggering smaller scale versions of their attack in the sections or “islands” of the grid that recover first. And smaller scale attacks could force utility operators to pay for expensive backup power supplies, even if they fall short of causing actual blackouts. And the researchers point out that since the source of the demand spikes would be largely hidden from utilities, attackers could simply try them again and again, experimenting until they had the desired effect.

The owners of the actual air conditioners and water heaters might notice that their equipment was suddenly behaving strangely. But that still wouldn’t immediately be apparent to the target energy utility. “Where do the consumers report it?” asks Princeton’s Soltan. “They don’t report it to Con Edison, they report it to the manufacturer of the smart device. But the real impact is on the power system that doesn’t have any of this data.”

That disconnect represents the root of the security vulnerability that utility operators need to fix, Soltan argues. Just as utilities carefully model heat waves and British tea times and keep a stock of energy in reserve to cover those demands, they now need to account for the number of potentially hackable high-powered devices on their grids, too. As high-power smart-home gadgets multiply, the consequences of IoT insecurity could someday be more than just a haywire thermostat, but entire portions of a country going dark.