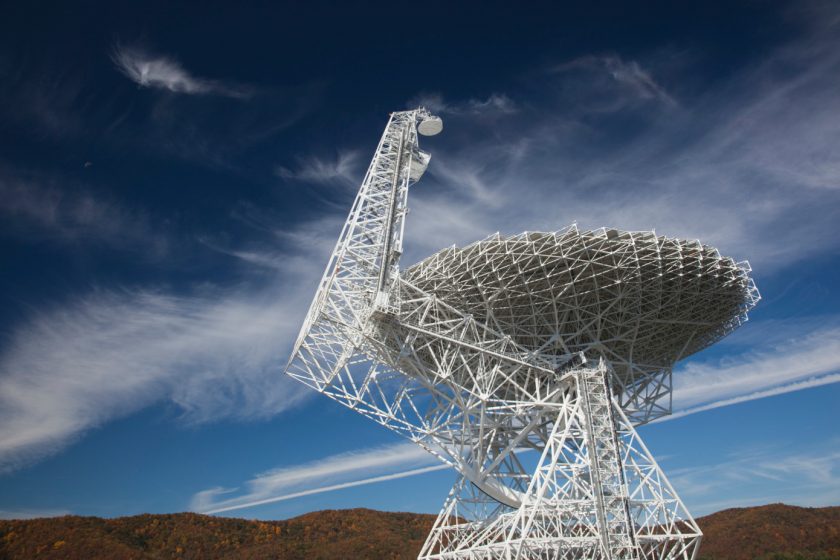 The Borg are coming – they are only 3 billion miles away

The perennial optimists at the Search for Extraterrestrial Intelligence, or SETI, have joined the rest of the world in deploying AI to help manage huge data sets — and their efforts almost instantly bore fruit. Seventy-two new “fast radio bursts” from a mysteriously noisy galaxy  3 billion miles away were discovered in previously analyzed data by using a custom machine learning model.

To be clear, this isn’t Morse code or encrypted instructions to build a teleporter, à la Contact, or at least not that we know of. But these fast radio bursts, or FRBs, are poorly understood and may very well represent, at the very least, some hitherto unobserved cosmic phenomenon. FRB 121102 is the only stellar object known to give off the signals regularly, and so is the target of continued observation.

The data comes from the Green Bank Telescope in West Virginia (above), which was pointed toward this source of fast and bright (hence the name) bursts for five hours in August of 2017. Believe it or not, that five-hour session yielded 400 terabytes of transmission data.

Initial “standard” algorithms identified 21 FRBs, all happening in one hour’s worth of the observations. But Gerry Zhang, a graduate student at UC Berkeley and part of the Breakthrough Listen project, created a convolutional neural network system that would theoretically scour the data set more effectively. Sure enough, the machine learning model picked out 72 more FRBs in the same period.

That’s quite an improvement, though it’s worth noting that without manual and traditional methods to find an initial set of interesting data, we would have little with which to train such neural networks. They’re complementary tools; one is not necessarily succeeding the other.

The paper on the discoveries, co-authored by Cal postdoc Vishal Gajjar, is due to be published in the Astrophysical Journal. Breakthrough Listen is one of the initiatives funded by billionaires Yuri and Julia Milner, of mail.ru and DST fame. The organization posted its own press release for the work.

The new data suggests that the signals are not being received in any kind of pattern we can determine, at least no pattern longer than 10 milliseconds. That may sound discouraging, but it’s just as important to rule things out as it is to find something new.

“Gerry’s work is exciting not just because it helps us understand the dynamic behavior of FRBs in more detail, but also because of the promise it shows for using machine learning to detect signals missed by classical algorithms,” explained Berkeley’s Andrew Siemion, who leads the SETI research center there and is principal investigator for Breakthrough Listen.

And if we’re being imaginative, there’s no reason some hyper-advanced civilization couldn’t cram a bunch of interesting info into such short bursts, or use a pattern we haven’t yet grokked. We don’t know what we don’t know, after all.

Whatever the case, SETI and Breakthrough will continue to keep their antennas fastened on FRB 121102. Even if they don’t turn out to be alien SOS signals, it’s good solid science. You can keep up with the Berkeley SETI center’s work right here.