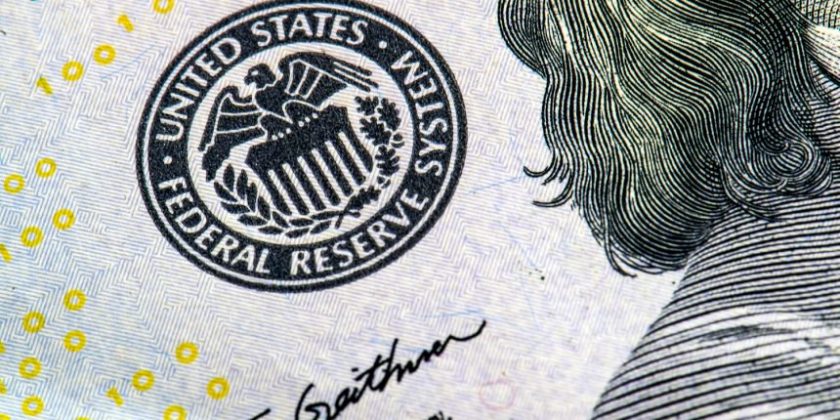 Triffin Dilemma refers to the conflicting interests between national and global monetary policy for a country whose currency is used as the world’s reserve.
(more on that below)

Cryptocurrencies could serve as a possible solution to disparities currently faced by the U.S. dollar, an economist with the Federal Reserve Bank of St. Louis said Tuesday.

During an hour-long question-and-answer session, the Federal Reserve Bank of St. Louis – one of 12 regional banks that make up the U.S. central banking system – answered questions on Twitter with economist David Andolfatto, who is a vice president in the bank’s research division.

During the session, one user asked whether cryptocurrencies can be used to solve the 50-year-old Triffin Dilemma, which refers to the conflicting interests between national and global monetary policy for a country whose currency is used as the world’s reserve.

Specifically, it refers to the U.S. dollar, which has been considered a world reserve currency for decades. In order to maintain this role, the U.S. must incur a trade deficit.

Other questions asked during the session ranged from whether Andolfatto thought a cryptocurrency could replace the U.S. dollar or whether the Federal Reserve is likely to ever consider monetary policy in terms of cryptocurrencies.

The economist demurred on both counts, noting that cryptocurrencies are essentially private monies, and therefore not something that would fall under the central bank’s purview.

Moreover, because there is “no need for decentralized consensus based record keeping” for the dollar, he does not see it being replaced with a cryptocurrency.

How The Triffin Dilemma Affects Currencies

In October 1959, a Yale professor sat in front of Congress’ Joint Economic Committee and calmly announced that the Bretton Woods system was doomed. The dollar could not survive as the world’s reserve currency without requiring the United States to run ever-growing deficits. This dismal scientist was Belgium-born Robert Triffin, and he was right. The Bretton Woods system collapsed in 1971, and today the dollar’s role as the reserve currency has the United States running the largest current account deficit in the world.

For much of the 20th century, the U.S. dollar was the currency of choice. Central banks and investors alike bought dollars to hold as foreign exchange reserves, and with good reason. The U.S. had a stable political climate, did not experience the ravages of world wars like Europe had and had a steadily growing economy that was large enough to absorb shocks.

By “agreeing” to have its currency used as a reserve currency, a country pins its hands behind its back. In order to keep the global economy chugging along, it may have to inject large amounts of currency into circulation, driving up inflation at home. The more popular the reserve currency is relative to other currencies, the higher its exchange rate and the less competitive domestic exporting industries become. This causes a trade deficit for the currency-issuing country, but makes the world happy. If the reserve currency country instead decides to focus on domestic monetary policy by not issuing more currency then the world is unhappy. (To know more about the relationship between trade and currency, read: Global Trade And The Currency Market. )

Reserve Currency Paradox
Becoming a reserve currency presents countries with a paradox. They want the “interest-free” loan generated by selling currency to foreign governments, and the ability to raise capital quickly, because of high demand for reserve currency-denominated bonds. At the same time they want to be able to use capital and monetary policy to ensure that domestic industries are competitive in the world market, and to make sure that the domestic economy is healthy and not running large trade deficits. Unfortunately, both of these ideas – cheap sources of capital and positive trade balances – can’t really happen at the same time.

This is the Triffin dilemma, named after Robert Triffin, an economist who wrote of the impending doom of the Bretton Woods system in his 1960 book “Gold and the Dollar Crisis: The Future of Convertibility.” He pointed out that the years of pumping dollars into the world economy through post-war programs, such as the Marshall Plan, was making it increasingly difficult to stick to the gold standard. In order to maintain the standard, the country had to both instill international confidence by having a current account surplus while also having a current account deficit by providing immediate access to gold.

Issuing a reserve currency means that monetary policy is no longer a domestic-only issue – it’s international. Governments have to balance the desire to keep unemployment low and economic growth steady with its responsibility to make monetary decisions that will benefit other countries. The reserve currency status is, thus, a threat to national sovereignty.

Another Reserve Currency
What would happen if another currency, such as China’s yuan, were to become the world’s reserve currency of choice? The dollar would likely depreciate relative to other currencies, which could boost exports and lower the trade deficit. The bigger issue, however, would be an increase in borrowing costs as demand for a constant flow of dollars tapered off, which could have a severe impact on the ability of the U.S. to repay its debt or fund domestic programs. China, on the other hand, will have to quickly modernize a financial system, long lamented for protecting its export-led industries, through currency manipulation. Demand for yuan convertibility means that China’s central bank would have to relax regulations relating to yuan-denominated bonds.

There is another possibility for reducing the pressures countries face trying to maintain reserve currency status: a new international monetary system. This isn’t a new idea, having been floated for several decades as a potential solution. One possibility is the special drawing right, type of reserve asset maintained by a global institution, such as the International Monetary Fund (IMF). While this is not a currency, it does represent a claim by other countries on foreign exchange assets. A more radical idea would be to create a global currency, a concept pushed by John Maynard Keynes, with a value based on gold or based on the mechanizations of a global central bank. This is probably the more complex solution available, and does present problems relating to sovereignty, stability and administration. After all, how can you hold an organization accountable that is voluntary? (To gain more knowledge about IMF, check out: An Introduction To The International Monetary Fund (IMF).

The Bottom Line
In the short-term, the prospect of a reserve currency replacing the dollar is slim to none. Despite the economic and political problems facing the United States its “safe haven” status is hard to beat, especially in light of the plight of the euro. It is hard to parse out what exactly would happen if the dollar were to be overtaken by another currency, and it is equally difficult to predict what budgetary and austerity measures in Europe and the United States will do to the global economy in the coming years.

TUTORIAL: The US Federal Reserve: Introduction