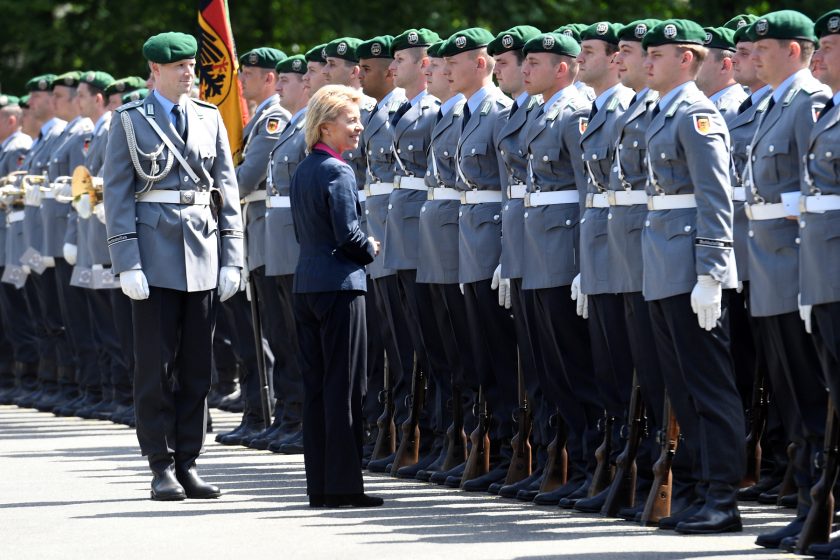 Modeled on the US version, Germany’s new cyberdefense agency [ADIC] will leverage civilian expertise and ensure the country is up to date with technology. But already it looks like good old-fashioned German bureaucracy is getting in the way.

Germany is planning to set up a cybersecurity agency to ensure the government keeps up with innovative technologies and allow the country to develop its own cyber arms. The new agency will be supported by the defense and interior ministries and is modeled on the Pentagon’s own Defense Advanced Research Projects Agency; the much bigger US organisation is commony known as DARPA.

Darpa’s budget, by contrast, is €3.5 billion annually. The US agency has a much wider brief and also covers aviation and aerospace for example – it was involved in the recent development of camouflage technology that makes planes invisibe to radar. The German agency, on the other hand, will focus on cybersecurity only.

The German military, the Bundeswehr, currently relies US military software for its cybersecurity. With the new agency, the government also hopes to liberate research and development from sluggish military bureaucracy.

The Agency for Innovation in Cyber Defense will, like its US forerunner, look at civilian technologies for potential military applications as well as initiate basic research and develop prototypes. The German agency will also hold innovation contests and cooperate with businesses and scientists.

“Innovation today, unlike during the Cold War, takes place primarily in the civilian sector and no longer originates in the military sphere,” said Matthias Wachter, head of security policy for the industry association BDI, which welcomes the initiative.

“The military needs more entrepreneurial freedom, more experiments, to be able to keep up technologically,” said Sandro Gaycken from the European School of Management and Technology.

The agency should be more like a start-up than a state bureaucracy, government officials have said. “A good 80 to 90 percent of our projects will fail,” Myriam Boeck, head of the development team at the defense ministry, said at a recent conference on cybersecurity. “We will learn from that.”

The Bundesrechnungshof, the federal auditing authority similar to the General Accountability Office in the US, also approved the new agency, on the condition that the existing Cyber Innovation Hub in the German military be included in its activities.

The Cyber Innovation Hub, the military’s first attempt to tap into the start-up scene, has fallen short of expectations, as bureaucracy prevents it from keeping up with the private sector. The Berlin-based department invests in startups and offers office space where tech companies can tailor their products to the military’s needs.

There is another obstacle to launching the cyber defense agency too. Some members of the coalition government want to wait until a separate civilian agency is ready to go as well. That joint initiative by the economics and research ministries will hold competitions for innovations in areas like artificial intelligence and autonomous driving.

Defense officials are keeping their fingers crossed that this can all be sorted out quickly. The cabinet is supposed to set the parameters this summer.