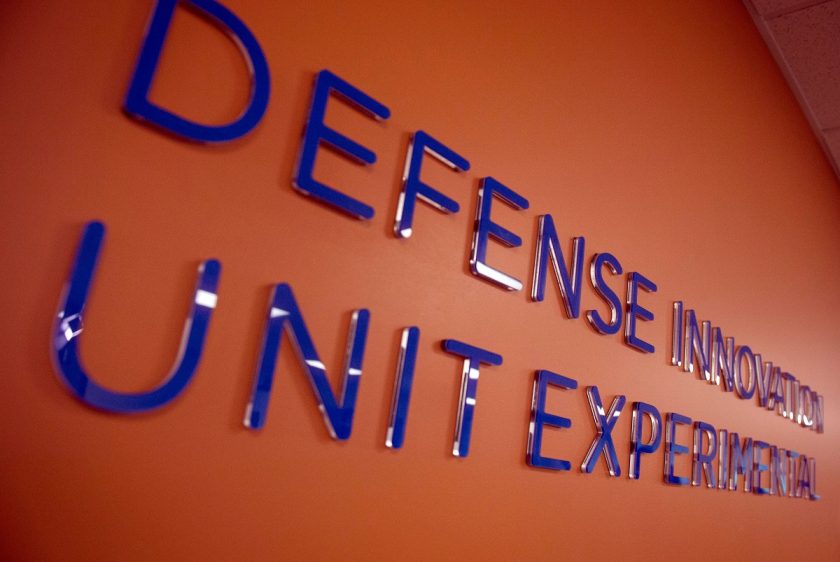 WASHINGTON ― The Pentagon’s commercial technology hub, Defense Innovation Unit Experimental, has outposts in Silicon Valley, Boston and Austin. But it’s now stepping up its commitment to one vital region to which it has not paid as much attention in the last three years:

The tech office has brought on Michael Madsen as their new head of Washington operations, a new role that puts him just under the director for the office.

A retired U.S. Air Force colonel who flew C-17s and spent time both in Air Force legislative affairs and with the Pentagon’s Cost Assessment and Program Evaluation office, Madsen tacitly acknowledged that it will be his job to help make sure DIUx is seen as relevant inside the beltway.

“I think DIUx has been so focused on building that relationship with Silicon Valley tech companies, which has been critical, but what they’ve missed is telling the story, especially the return-on-investment story, to the Hill and inside the building,” Madsen told Defense News in his first interview since joining the office.

“And that’s one of my top priorities, is to start clearly articulating the return on investment of all the activities that DIUx is doing.”

His appointment comes at a sensitive time for the office. Created by then-Secretary of Defense Ash Carter in 2015, DIUx reported directly to the defense secretary until February of this year, when it was rolled under the undersecretary of defense for research and engineering. Raj Shah, who led the group for the last two years, recently stepped down as the office’s leader. And three years after the office was formed, some have questioned what exactly the group has accomplished.

While acknowledging the “skepticism” out there about the organization, Madsen cast his new role as part of the normal pace for an organization like DIUx, a lean group that by function and form had to spend its efforts focusing away from D.C. and into the commercial hubs it wanted to penetrate.

“I think it was an absolute necessity for how streamlined it had to be,” he said. “This is a natural life cycle of an organization. It’s time to really start getting out and telling our story, and the return on investment.”

Andrew Hunter, a former Pentagon official now with the Center for Strategic and International Studies, notes that DIUx has always had some Washington representation. But he says boosting that office now makes total sense.

“As they’ve become less tied to the secretary, they’ve been left more to their own devices to make their case, and that takes a little bit of resource power to do,” Hunter said. “In the past if they were being attacked, you knew the [legislative affairs team] would come to help out because it mattered to the secretary. Now it’s not so clear.”

Off the bat, Madsen has three groups with which he wants to increase communications. First, the other tech hubs in the Pentagon, including the Strategic Capabilities Office and the Defense Advanced Research Projects Agency.

Second, Capitol Hill. And third, the military services ― and not just at the secretary level. During the interview, the phrase “return on investment” came up often, a view into what message DIUx believes will carry its cause.

One example Madsen brought up is a DIUx success story is a project with the Air Force Combined Air Operations Center, which controls air operations in the Gulf from Al Udeid Air Base in Qatar. DIUx worked with a commercial vendor to deliver a smarter planning tool for tanker operations in just a few months. That software is now part of the day-to-day regional operations, saving what DIUx estimates as $200,000 a day in efficiencies ― about $137 million per year that the Air Force can now use for other operations.

That dollar figure will get attention, Madsen said. But other programs, such as one where an artificial intelligence algorithm ran seven years of E-3 AWACS maintenance data and found a potential 28 percent reduction in unplanned maintenance in key systems, are harder to articulate, even if they will lead to savings over time.

“Those are the stories I think fall under the radar, that I’m going to invigorate getting those out to the leaders in the building as well as on the Hill,” he said.

For Hunter, DIUx represents a vital proof of concept that the Pentagon can use to change how it does things.

“When you’re pioneering new techniques, you should expect growing pains. And that’s the point. People in D.C. are saying people need to take more risks, and DIUx has been out there taking risks and they’ve been taking their lumps,” Hunter said. “If an organization like DIUx isn’t being allowed to do that, then who in the department will be allowed to take those risks?

Among the ideas Madsen is floating: creating a one-page executive summary of key projects being worked on that could be circulated inside the building and on the Hill, spelling out return on investment and potential pain points.

Such a document would be quarterly and could be tailored to each service to get them the most relevant information that leaders need, without bogging them down in technical details.

Longer term, he hopes to regularly tap DIUx experts to publish articles about the group and its projects, tagged around the budget-building calendar or major appropriations events on the Hill.

It all adds up to a more activist stance in D.C. than the group has previously taken. And Madsen is not afraid of acknowledging what he called “a more aggressive engagement plan getting the message out.”

“We need to get buy-in at all levels,” he said. “We try to really make it a holistic approach and engagement at the appropriate levels. And a big part of it is making sure that folks know that we are a resource, and a valuable resource.”