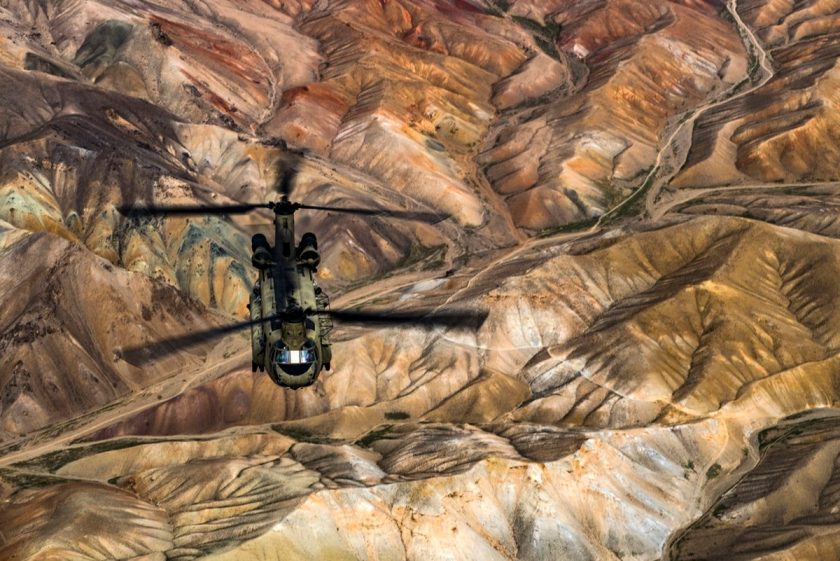 A soldier who gets separated or lost in a hostile landscape naturally wants to send a radio signal as a call for help. The problem: Enemies can often see the signal too.

To break this conundrum, the Army recently awarded a $33.9 million contract to support development of new technology.

“The motto is to leave no one behind,” said Mark Cianciolo, vice president of contractor Orolia Americas. “When you look at troops wounded in ground combat, when you look at helicopter crashes, all those things drive a sense of urgency. The Army wants their soldiers to be able to activate that beacon when an emergency situation occurs.”

Orolia officials say they plan to deliver 350 of its next-generation emergency beacons for user testing in the coming year, with subsequent deliveries of 10,000 units a year for a total of 40,000 beacons.

Soldiers presently carry a device that transmits a 406 MHz signal, which is the international distress frequency. When a soldier activates the alert, satellites receive the signal and relay it back to a mission control center, and from there to a rescue coordination center.

“The problem is that when you are forward deployed, if you become separated or lost, you don’t want to activate that and compromise your position, because in all probability our adversaries are monitoring those frequencies as well,” Cianciolo said.

Instead, Orolia suggests a dual-mode beacon. In peacetime it broadcasts using existing infrastructure. “But there is another mode, a software-defined radio with a programmable wave form that the Army can use to define their own classified, proprietary frequency,” he said. “This allows for a closed-loop combat search and research capability.”

The beacon is packaged in an easy to use, 7 oz. form factor. To activate, the soldier unfolds an antenna and presses a button.

The Army has been looking for a way to improve how it recovers soldiers for more than a decade. A 2007 Army document said enhanced personnel recovery would “increase force morale by demonstrating that we will employ every effort possible to recover our personnel,” but that effort struggled for funding.

In a 2015 document, the Army continued to press the issue: “Soldiers who become isolated are still in the fight and must trust in their fellow Soldiers to recover them and have confidence in their own abilities to survive and resist enemy exploitation.”

The Army’s Combined Arms Center at Fort Leavenworth, Kansas lays out the specific goals of soldier recovery, which aims to:

To meet those aims, soldiers need to be able to call for help, knowing their distress signals won’t betray their position to the enemy.

Orolia won a first-phase award for prototype development in 2016, in part, thanks to its ability to meet Army requirements for big battery life. Once activated, the dual-mode device should be able to remain operational for up to 48 hours.

When soldiers are deemed to be in peril, a tactical operations center or rescue coordination center will monitor a preselected frequency. While the new technology will ensure that signal arrives safely, and without being intercepted, Army planners still will have to devise rescue plans specific to the circumstance.

“This will give them the ability to identify that person’s location but the tactical situation on the ground will still dictate the way in which they prosecute that emergency, depending on the threat and the situation,” Cianciolo said.

“But at least commanders on the ground will now have situational awareness,” he said. “They will know that someone has been lost or separated and they will be able to make the appropriate decisions in real time.”