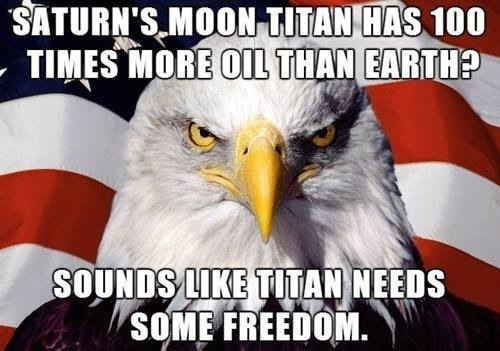 The most significant event in monetary history since 1971 occurred a few weeks ago. An event that threatens to upend the global balance of power, the economy of the world, and your portfolio.

To understand the significance of this event and the potential scale of its consequences, a little monetary history is in order.

For at least 5000 years, gold and silver have been considered intrinsically valuable, and therefore have been used as a store of wealth and as money. Governments and societies throughout time have used actual silver or gold as their coined currencies.

This gave way to gold and silver backed currency––|the currency itself consisted of paper or other metals of little value, but could be exchanged for an equivalent amount of gold or silver at any time.

This was the situation in the United States (and most of the major powers) in the late 1800’s. A twenty-dollar bill was worth one ounce of gold, and could be exchanged for a physical ounce of gold at any bank. Coins themselves didn’t require such an exchange, as they were forged from silver, at a purity of 90%.

This was the system envisioned by our founding fathers and embedded into our constitution, Article I Section 10,

“No State shall… make any Thing but gold and silver Coin a Tender in Payment of Debts.”

This system limited the amount of currency our government could print to the amount of silver and gold it owned. This period (1880-1914) is known as the classical gold standard.

The Federal Reserve Act of 1913 changed the rules, allowing for a US Dollar partially backed by gold, at a ratio of 40%; for every ounce of gold in the treasury, $50 could now be printed instead of $20.

Then the world went to war. Redemption rights throughout Europe were suspended, as nations resorted to the printing press and debt to finance the fight.

The US was late to join the first world war (as well as the second), and in the meantime profited greatly, as Europe consumed American goods––in exchange for gold. And by providing loans to the countries at war, America flooded the world with dollars.

By the end of both world wars, America owned two thirds of all the gold bullion ever mined.

In 1944, the world’s powers formalized a new monetary system with the Bretton-Woods Agreement. Under the new arrangement, the dollar officially became the world reserve currency––every currency would be pegged to the US dollar at a fixed ratio, and the dollar would be fixed to gold at $35/oz. Redemption rights for the physical metal would be limited to central banks.

Bretton-Woods didn’t mandate, however, a reserve ratio of actual gold that the United States would be required to hold in relation to the amount of US Dollars in circulation.

Over the next two and a half decades, the US would print 12 times more money than it had in its vaults (an 8.3% reserve ratio). As sole issuer of the world reserve currency, America could buy and spend without limit and without consequence.

Eventually though, other countries became wise to the fact, and unhappy with the arrangement. Most notably, French President Charles de Gaulle called for a return to the gold standard in 1965.

Charles sent the French Navy across the Atlantic and successfully exchanged his country’s dollars for bullion. Other countries followed suit. From 1959 to 1971, America had lost HALF her gold reserves to redemption, a situation the United States could not allow to continue.

In 1971 Nixon changed the rules, suspending the rights of central banks to exchange their dollars for gold. Every currency was pegged to the dollar, but the dollar was no longer pegged to gold. Overnight, money worldwide became free-floating. The value of the dollar (in terms of gold) plummeted; the gold price exploded, from $35/oz. to $123/oz. by 1973. Dollar hegemony was under threat.

The United States needed another way to maintain control of the monetary system, one that would require countries to continue to conduct business in dollars, but absent of gold redemption.

She found her answer in oil.

Gold had 5,000 years of monetary history and universally recognized intrinsic value, but oil was the world’s most needed commodity, essential to a modern way of life. And, the size of the oil market dwarfs not just that of gold; oil is bigger than of the metal markets combined. 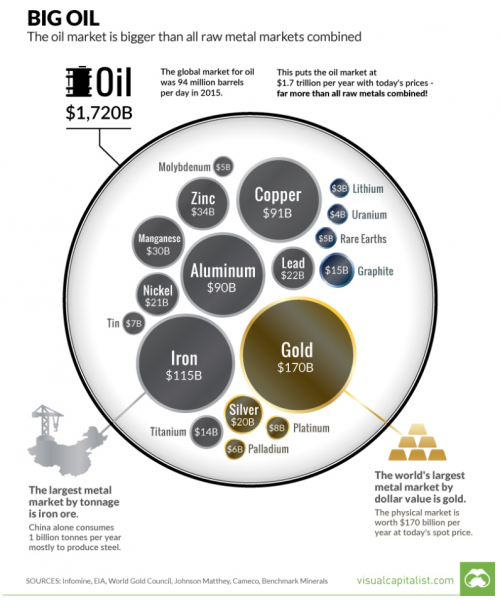 America was the largest consumer of oil on the planet, Saudi Arabia the biggest producer. An arrangement between the two countries in 1973 gave birth to the petrodollar:

By 1975, all of OPEC had agreed to sell oil exclusively in dollars. This created an immense, sustained demand for Dollars, because every country would have to buy dollars to buy oil.

The petrodollar’s reign has continued to this day. Incredibly, it appears to be defended by a mystical, supernatural force…kind of like all those guys that mysteriously died after unearthing King Tut, A particularly nasty bout of bad luck tends to follow countries that challenge the system.

After Iran announced it would be pricing all its oil in Euros instead of dollars, it came under fire from the west for its alleged nuclear program, resulting in a litany of sanctions and banishment from the international monetary system, when it was shut out of the swift payment network.

Saddam Hussein wanted to sell his oil in Euros, and Gadhafi planned to switch from dollars to a gold-backed dinar…we know what happened to them.

Other countries who’ve sought to skirt or undermine the petrodollar include Venezuela, North Korea, and Syria.

America’s hostility toward that group is, of course, purely coincidental.

And whilst the petrodollar was living happily ever after, bigger, more powerful countries became increasingly resentful of the dollar’s dominance in their affairs.

Like Charles de Gaulle before them, China and Russia have been openly critical of the dollar’s world reserve currency status.

Along with countries like Brazil and South Africa, Russia and China have actively sought to sidestep the dollar wherever possible, often with individual bilateral agreements, where two countries exchange goods with one another using only each other’s currency.

But these protests have stopped short of presenting to the world a replacement to the petrodollar––in other words, an alternative system. A move that bold should be planned for, calculated, organized.

In the background, some curious and unrelated events:

If central banks had a boss, it would be the IMF, likely the only institution with the power and reach to bail out central banks. In the event of a New Bretton Woods, China now has a seat at the table.

And it appears the time has come to make a play.

This week, China launched the Shanghai Crude Futures Contract. What is it?

It’s a way for the world to buy and sell oil, without using the dollar. The contract will be settled in Yuan. Short on Yuan? No problem, you can buy as much as you want…with gold.

The economic and political chaos that would accompany such an event….

Three days after launching the contract, the Chinese announced that they will begin to buy all their oil with Yuan, instead of the dollar, as early as this year.

And just today the headlines at Zerohedge read,

“China’s State-Owned Media Proclaims Petroyuan Will “Shake People’s Confidence In The US Dollar.””

It should come as little surprise that the same week the Petroyuan was introduced, Trump released a flood of tariffs on Chinese exports – the first in a series of retaliatory efforts we could expect, setting the stage for an all-out tradewar between the world’s two largest economies.

There may be no easy way out of this one, but as an investor you can protect yourself. If your portfolio is entirely composed of instruments denominated in US dollars, now might be a good time to rethink the mix.

And what’s bad for the US dollar could bode well for precious metals, which is why keeping at least 10% of your portfolio in physical bullion is a precaution worth taking.

This article was originally published on The Fat Cat Investor, http://fatcatinvest.com/end-monetary-world-know/