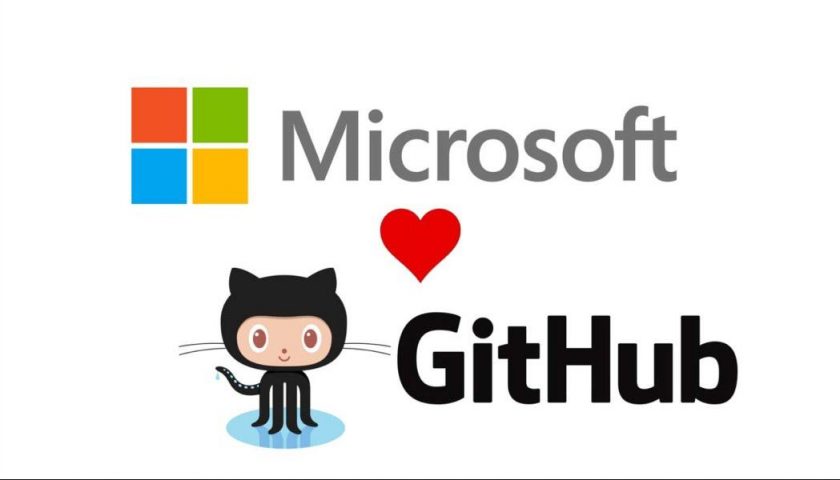 “the multi-decade progression toward the adoption and continual use of open source software (OSS) in developing modern technological products, solutions and services is permanent and irreversible. The majority of the world’s economic systems, stock exchanges, the Internet, supercomputers and mobile devices run the open source Linux operating system and its usage and adoption continue to expand. Billions of individuals may not know they’re using OSS every day, but their modern television, smart watch, camera, automobile and smartphone rely on OSS.” — Jim Zemlin, Executive Director at The Linux Foundation.

‘In War: Resolution, In Defeat: Defiance, In Victory: Magnanimity, In Peace: Good Will.’

This week Microsoft announced that it is purchasing GitHub for $7.5 billion in stock. I waited for a few days to write up my thoughts because this is something that deserves some thoughtful reflection. The bottom line:  This is pretty good news for the world of Open Source and we should celebrate Microsoft’s smart move. But before we get to that, it’s worth noting that I have been working in this dynamic space for many years and the differing reactions to the announcement reminded me of a few things:

So what does this mean for open source? I expect generally good things. Microsoft has the means and the expertise to make GitHub better. They brought in Nat Friedman as GitHub’s CEO, someone I have known for years and has been well-respected in the open source community for a couple decades. Nat is clear that Microsoft is walking their talk stating, “I’m not asking for your trust, but I’m committed to earning it. I can’t wait to help make the GitHub platform and community that’s special to all of us even greater.” I believe he means it.

Should the open source community be concerned? Probably not. Buying GitHub does not mean Microsoft has engaged in some sinister plot to “own” the more than 70 million open source projects on GitHub. Most of the important projects on GitHub are licensed under an open source license, which addresses intellectual property ownership. The trademark and other IP assets are often owned by a non-profit like The Linux Foundation (see the Kubernetes example above). And let’s be quite clear –  the hearts and minds of developers are not something one “buys” – they are something one “earns” (see Nat’s quote above).

Why would Microsoft do this? It seems simple to me. Steve Ballmer was half right with his  famous “developers, developers, developers” cheer (worth a re-watch here.) He just didn’t factor in the “open source” developers that he famously discounted. Satya Nadella has righted that oversight in a spectacular way this week. Microsoft has always loved developers and wants to make a business of providing developers with great tools in order to help them to create great technology.  It is literally their mission on the about page of their web site: “To empower every person and every organization on the planet to achieve more.” Today more than 28 million of those developers are on GitHub.

Why the sudden change? This is not a sudden change. Microsoft has become a top contributor to Linux and Kubernetes, they develop and distribute Linux-based products, they open sourced .NET, and they are backers of The Linux Foundation, the Apache Software Foundation, the Open Source Initiative and many similar efforts. Their commitment to open source has been active for years.

As we all evaluate the evolution of open source from the early days to now, I suggest we  celebrate this moment. In a recent letter to congress I wrote that “the multi-decade progression toward the adoption and continual use of open source software (OSS) in developing modern technological products, solutions and services is permanent and irreversible. The majority of the world’s economic systems, stock exchanges, the Internet, supercomputers and mobile devices run the open source Linux operating system and its usage and adoption continue to expand. Billions of individuals may not know they’re using OSS every day, but their modern television, smart watch, camera, automobile and smartphone rely on OSS.”

Open source developers changed our world. Microsoft gets that, which is why they purchased GitHub. I for one am excited to see the improvements they’ll make and will be shocked if Nat were to screw it up (no pressure Nat!). 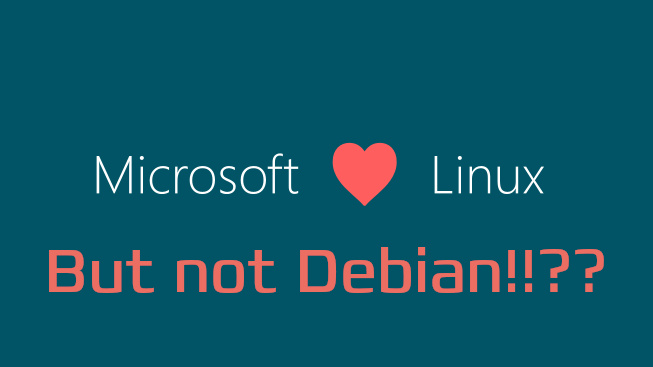 Just recently Microsoft Open R 3.5 was announced, as an open source implementation of R with some improvements. Binaries are available for Windows, Mac, and Linux. I dared to download and play around with the files, only to get shocked how incompetent Microsoft is in packaging.

From the microsoft-r-open-mro-3.5.0 postinstall script:

First of all, the ln -s will not work in case the standard R package is installed, but much worse, forcibly relinking /bin/sh to bash is something I didn’t expect to see.

Then, looking at the prerm script, it is getting even more funny:

Stop, wait, you are removing /usr/bin/R without even checking that it points to the R you have installed???

I guess Microsoft should read a bit up, in particular about dpkg-divert and proper packaging. What came in here was such an exhibition of incompetence that I can only assume they are doing it on purpose.

PostScriptum: A short look into the man page of dpkg-divert will give a nice example how it should be done.

PPS: I first reported these problems in the R Open Forums and later got an answer that they look into it.