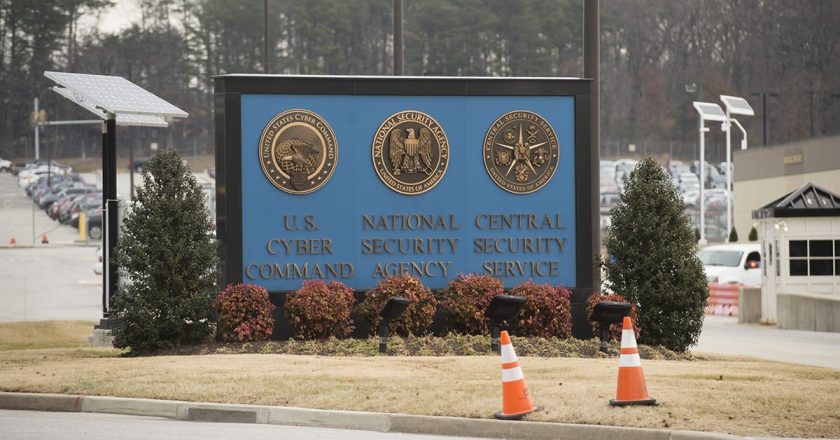 The completion of the east campus is scheduled for 2028
and will include a total of six buildings and house more than 20,000 employees.

The National Security Agency and Cyber Command marked the official opening of a new $500 million building May 4, one that is designed to integrate cyber operations across the U.S. government and foreign partners.

The center puts Cyber Command, NSA, other government organizations and foreign partners together under the same roof to better synchronize, coordinate and de-conflict cyber operations.

The ICC/JOC will become operational in August.

Others in the national security community described the new facility as a physical platform.

“The building represents a physical platform where U.S. Cyber Command and NSA can jointly work together,” Ron Talarico, chief of military construction at NSA told reporters. He added that while the building was funded separately by NSA and CYBERCOM, the facility was designed to function as one.

Cyber Command, Talarico said, spent roughly $358 million on the building while NSA’s contribution was around $150-158 million.

The Joint Operations Center serves as the nerve cell for planning and synchronizing offensive and defensive operations, though the operations themselves will be executed by operational units located elsewhere.

During the ribbon cutting ceremony, Rogers explained the two far sections of the building are devoted to NSA and Cyber Command respectively, while a rotunda in the center serves as the joint operations center.

Despite ongoing discussions surrounding the severing of the so-called dual-hat leadership of NSA and Cyber Command, many in the cyber community have noted the necessity that the two organizations remain inextricably linked going forward. This is due to the important intelligence value NSA provides inside adversary networks prior to operations for Cyber Command. Without the necessary intelligence inside networks, operations cannot be properly planned and executed.

“I don’t think it would affect anything,” Williams said of the potential for severing the dual-hat. “That’s the whole purpose of this organization. This ICC/JOC joins those two organizations together. This is where that synergy is going to happen. It doesn’t matter if we split the dual-hat or not, we will still remain together.”

The building is part of NSA’s nascent east campus and includes the new headquarters of Marine Corps Forces Cyberspace Command.

The completion of the east campus is scheduled for 2028 and will include a total of six buildings and house more than 20,000 employees, according to an NSA release.

Rogers also told Congress that Cyber Command will request additional funds for a new headquarters facility as it currently operates from a variety of dispersed facilities.

“My headquarters operates today from dozens of office suites in 10 NSA-owned or -leased buildings dispersed across 50 square miles of the Baltimore-Washington Highway corridor,” he wrote in congressional testimony this year prior to his retirement. “No other Combatant Commander confronts such an obstacle, which makes efficient and effective staff function challenging. In an operating environment where seconds matter, we require a headquarters that facilitates staff and partner integration, information flow, and rapid decision-making.” 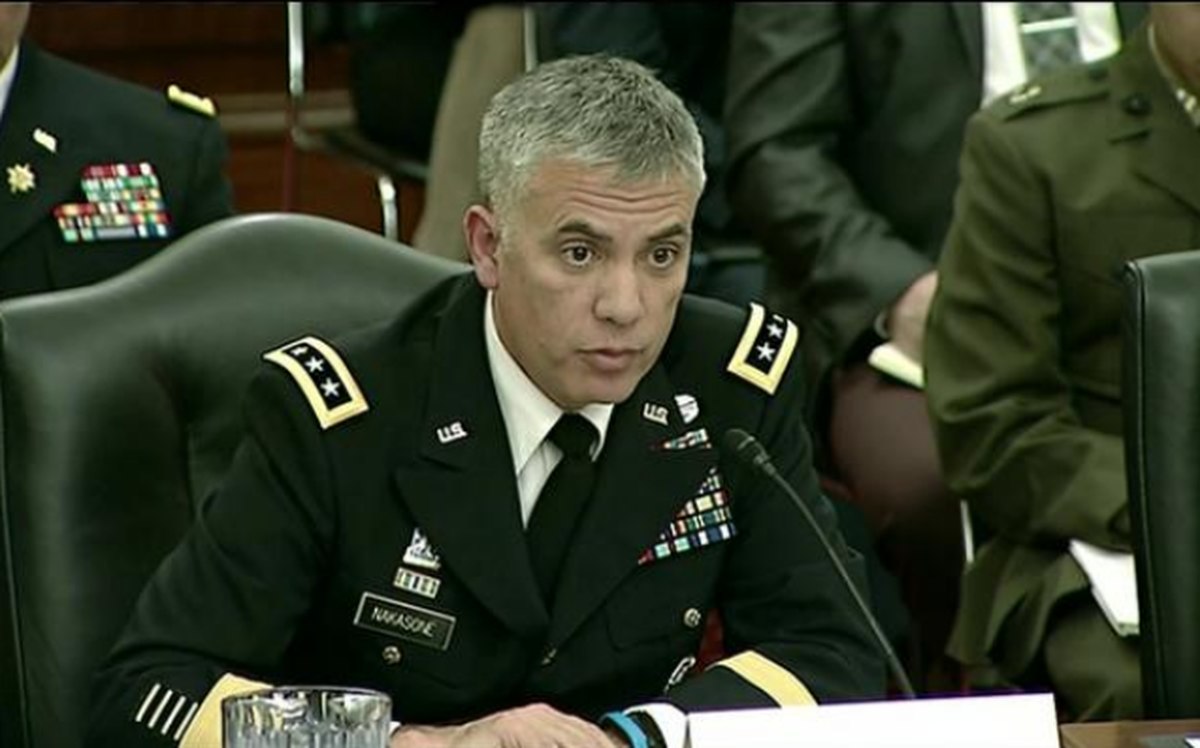 Gen. Paul Nakasone assumed the directorship of the National Security Agency and Cyber Command, now officially a unified combatant command, from Adm. Michael Rogers in a ceremony May 4.

In doing so, Nakasone became “the primary guardian of our nation’s cyber domain, said Patrick Shanahan, deputy secretary of defense.

The ceremony, held at the newly unveiled Integrated Cyber Center and Joint Operations Center, marked the elevation of Cyber Command to the 10th combatant command and the first new combatant command since Africa Command came online in 2007.

Shanahan, who presided over the event along with Director of National Intelligence Dan Coats, told Nakasone that “Adm. Rogers has built capability and integration. Your challenge is to build scale and to strengthen our arsenal of cyberweapons, cyber shield, cyber warriors.”

Rogers explained during the ceremony that four years ago the organization he took command of was given a structure and a plan.

“Our job,” he said, “was to take that structure and that plan, build it out, create a vision, operationalize this idea and ensure that it was integrated with a broader set of activities executed by the Department of Defense.”

Nakasone called the elevation “a day of new beginnings, of renewed partnerships and of our enduring commitment of the defense of our nation.”

“Today we start writing the opening chapter for U.S. Cyber Command as our nation’s newest unified combatant command,” he said. “From defensive operations protecting our networks to offensive operations against ISIS and other adversaries, CYBERCOM has matured rapidly.”

He added: “Our team now has both the challenge and more importantly the opportunity to build a combatant command from the ground up. The elevation today marks a proud day for CYBERCOM and the nation and I am fortunate to be here to lead you into this next chapter of our great history.”