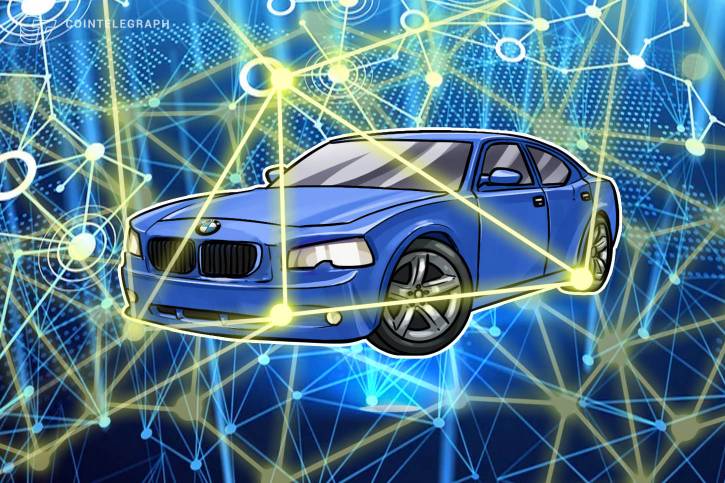 BMW has completed a pilot together with crypto startup DOVU, an official blog post from DOVU outlined today, May 8. The pilot introduces a tokenized rewards system using DOVU’s ERC-20 token, DOV, that encourages drivers to track mileage on their leased vehicles.

In their blog post, DOVU points out that preserving the residual market values of leased vehicles is “literally where [BMW] makes its money,” and isolates car mileage as the single most important factor that determines whether the resale value of the vehicle in question will be negatively affected.

Yet existing systems to manage mileage data are inadequate, as DOVU emphasizes:

“Currently the system to track vehicle mileage across fleets inside BMW is via a fuel card. When a driver fuels their vehicle, the fuel station is supposed to enter and store the mileage of the vehicle, also printing the mileage on the fuel receipt. For a number of reasons including mistyped numbers, oversight or even just being too busy, this data is at best inconsistent but often useless.”

The pilot tested a tokenized rewards system, whereby mileage data collection will still be manually input by drivers, but a DOVU token wallet app will be used as an incentive for drivers to take a snapshot of their dashboard at a specific time each week.

According to DOVU’s blog post, optical character recognition (OCR) and machine learning would then identify the numerics and convert them to an integer which can be verified and stored on the blockchain. A smart contract would reward drivers with 1 DOV token for each submission.

Porsche came out in February of this year as “the first” car manufacturer to test blockchain systems for use by drivers, as well as for driverless cars. In March, Cointelegraph reported on a blockchain-related patent filing by Ford, which similarly seeks to influence customer behavior by using the exchange of crypto tokens to facilitate traffic flow between cars.

Global auto giant BMW is piloting a blockchain platform to track mileage in leased vehicles through its startup innovation program.

The effort is being carried out in partnership with blockchain startup DOVU – one of five startups to work with BMW Group UK as part of the company’s Innovation Lab, first unveiled back in February. Specifically, DOVU developed a system with Alphabet,  BMW’s fleet manager, to incentivize drivers to log mileage in leased or borrowed vehicles.

The idea is that the system helps BMW understand how much activity its vehicles are seeing and the impact on them, DOVU’s head of product, Alex Morris, explained.

Morris told CoinDesk that drivers who participate receive tokens in exchange for their data, adding:

“What we’re doing is we’re essentially trying to build out this circular economy on the DOVU platform. [Drivers] can earn tokens, but down the line they’ll also be able to spend tokens on services – for example, they might be able to get replacement tires or something like that using the Dovu ecosystem. The partner, in this case BMW, defined the categorization of the reward and that’s defined in a smart contract. As long as the parameters are met for the smart contract, they’ll receive tokens.”

BMW chose to define the parameters for token rewards through mileage – the current automatic mileage tracking systems are unreliable, Morris said, and do not provide the information that the company might actually use.

As a result, the pilot program requires drivers of leased or borrowed vehicles to log their mileage weekly, which gets stored on DOVU’s blockchain.

“Right now mileage is the most important factor for the resale value of their vehicles,” he said. “The problem is quite an important one for them to solve, so when we suggested tokens to incentivize them to do that they were very excited.”

The first part of the partnership – the proof-of-concept – has been completed already, said Max Lomuscio, who serves as DOVU’s community manager. Now the startup is moving into the second phase, which is the actual trial with drivers. This portion should take another 6-8 weeks, he explained.

Ultimately, however, “the plan is to become this kind of ubiquitous rewards system that can work across vehicles, make some kind of unified wallet for token rewards that you can use on your BMW, but maybe jump into your second car and earn more tokens and then spend those throughout the ecosystem,” according to Morris.

Beyond that, the startup wants to work with smart city environments, he said, and has already begun discussions with a few cities to determine how the earning and spending use cases can be incorporated into public transit and other aspects of a metropolitan area.