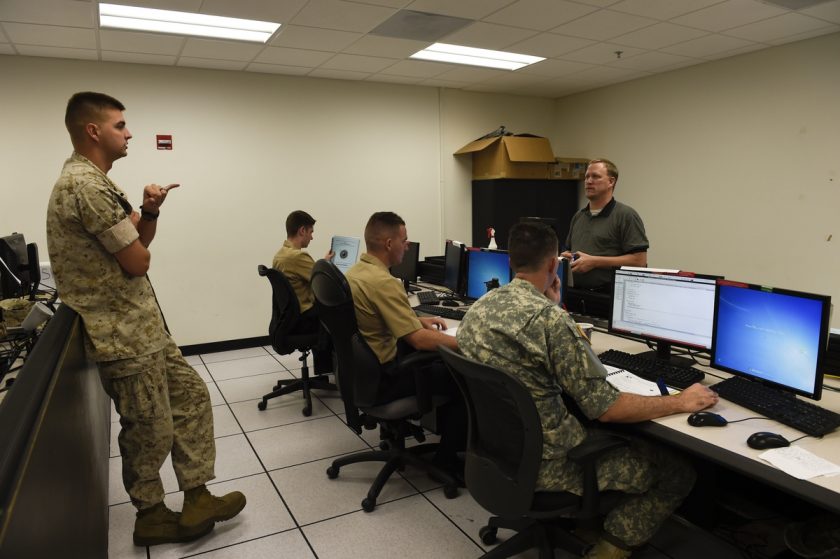 Lockheed Martin this week unveiled its offering for a program that has been commonly thought of as Cyber Command’s top acquisition priority this year.

The unified platform has been described as a “cyber carrier,” which cyber warriors can use to coordinate plans, house tools and launch attacks.

Lockheed Martin’s prototype for the program is a joint integrated mission system, named Henosis, which is Greek for unity.

“What we see as the overall concept is to get away from the one-off solutions that cyber tends to be now where you have a certain tool that’s loaded onto a laptop or maybe uses Linux or uses Windows and you have all of these different systems and capabilities that the operators have to be trained in how to use,” David Hathaway, business development lead for Lockheed Martin’s Cyber Solutions Division, told Fifth Domain in an interview.

The idea, Hathaway said, was to move to a common interface for the user with all the tools interfacing with this common framework. This common user experience creates a more coherent interface for both defensive and offensive operations. This includes all the accesses, reach back to the intelligence and the analysis, which is all shared in a cloud environment.

Hathaway equated the system to an airplane that can effectively employ a variety of payloads, sensors and missiles, which are all in a seamless interface to the operator. Unified platform, he analogized, would most resemble a platform like the Air Force’s Rivet Joint, with all these different operator stations all interfacing into a single unified platform that provides that single point to bring it all together.

The Air Force, serving as the executive agent for Cyber Command, is managing the contract.

Hathaway also said Henosis aims to reduce the burden on individual cyber war-fighters and units. “There is such a heavy workload on training that the idea is to simplify that user experience to make it so that you don’t have to be a high-end computer programmer to execute cyber operations,” he said.

This will become increasingly important as cyber operations become more ingrained in traditional military operations that could be executed by enlisted personnel right out of boot camp, similar to enlisted personnel that are trained to fire rockets or munitions. This is in contrast to the highly skilled operators in the cyber intelligence world that must carefully craft tools to infiltrate foreign networks for the purposes of espionage.

One of the difficulties in building a joint, integrated C2 platform for the totality of Cyber Command’s cyber mission force is it must support the totality of missions spanning from offense to support to defense.

“While the offense and the defense are related, they are different missions. Obviously, one is pulling data off your [DoD Information Network] DoDIN sensors that you have control over. The other is trying to get into someone else’s network so you have access mechanisms you have to interface with,” Hathaway said. “We have to find ways to interface and create mechanisms to communicate with these various sensors or apertures whatever it happens to be, but yet create that seamless user interface.”

Military leaders have also discussed something called the military cyber operations platform, or MCOP, which has been the No. 1 goal of Cyber Command’s Capabilities Development Group. MCOP has been described as “essentially the sum total of the portfolios we manage,” by officials. However it has been unclear how this larger effort interfaces with other work like unified platform, which will be one component of MCOP.

Hathaway said MCOP is really an environment that will include the unified platform, serving as the war-fighting platform, and other sensors such as the Big Data Platform, developed by DISA and Army Cyber Command to support data ingest, correlation, and visualization infrastructure.

“Henosis does not include the DoDIN sensors, but they are certainly part of that environment,” he said. “They don’t include, let’s say, RF-enabled capability, some type of aperture that we want to drop a cyber payload off of, the unified platform doesn’t include that system but we have to be able to interface with it.”