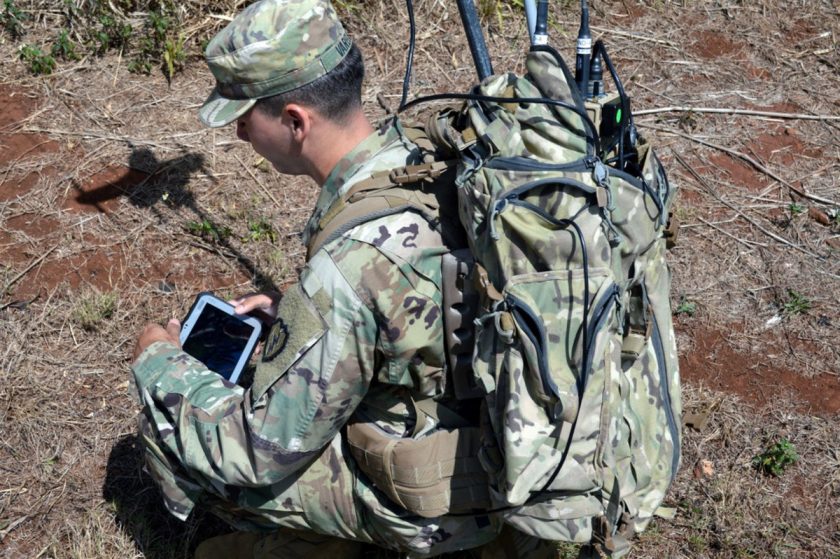 The Army is working to develop a single platform that can do electronic attack
and intelligence gathering. (Photo by Staff Sgt. Armando Limon/U.S. Army)

The Department of Defense under Secretary of Defense James Mattis has begun to prioritize great power competition over terrorism for the first time in nearly 20 years.

This has had reverberations in capability needs and funding requests. As such, one of the top needs for the Army’s highest intelligence officer is the development of a new platform that combines offensive electronic warfare capabilities with intelligence.

Aside from fixing the Distributed Common Ground System, “The No. 1 priority I have … is really getting some meat behind this thing we’re calling the TLIS, which is the Terrestrial Layer Intelligence System,” Lt. Gen. Scott Berrier, the Army’s director of intelligence, told C4ISRNET following a keynote presentation at the Army Signal Conference hosted by AFCEA in Springfield, VA March 3.

What’s driving the need for this capability, he said, is when looking at the electromagnetic spectrum and some of the capabilities that Russians and Chinese have the Army is going to need this platform to get at these adversary capabilities.

The work on TLIS has got to go forward, he added, “whether that’s an [military intelligence]-EW-cyber capably or an EW-cyber capability, signals intelligence will be involved in that and we have to get that right.”

They’ve got to “get that into the lower level formations and then expand it from there,” he said.

The requirements document for the TLIS was finalized four months ago, Berrier said.

Maj. Gen. John Morrison, commander of the Army Cyber Center of Excellence Commander, said at a December AUSA-hosted event that the Army is looking at force design updates that will restore EW capabilities into formations. This will leverage existing military intelligence force structure to come up with an military intelligence-electronic warfare company to bring those capabilities to bear.

While the exact force design of that setup is still being worked through Army leadership, Morrison said from an equipping standpoint, they are looking at TLIS that will create electronic warfare effects and signals intelligence effects from a multi-function perspective at the tactical edge.

The military writ-large has discussed the desire for more multi-function capabilities.

Morrison also point to how TLIS could be a harbinger of things to come in terms of integration.

“It’s about integration. It’s really integrating requirements, integrating capabilities, integrating formations,” Morrison said. “Literally, you can have a combined arms effect inside cyberspace … integrating intelligence, cyber, electronic warfare and, I would submit, also signal. You need all of those to come together if you’re really going to deliver the effects you need.”

They realized, rather than building two separate systems to deliver to formations, why not integrate.

Morrison said he expects this type of integration across the various Army communities to continue in capability development and requirements.