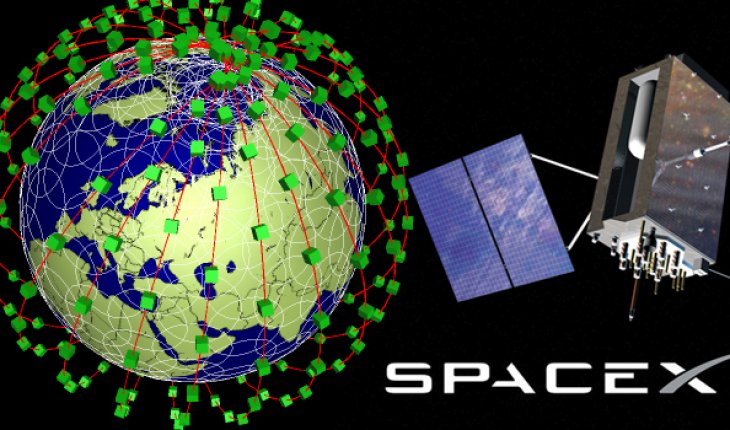 SpaceX, the rocket company founded by the entrepreneur Elon Musk, is keeping quiet about a plan to bathe the Earth in high-speed internet access.

During a press briefing with Musk about the Falcon Heavy rocket launch last week, Business Insider asked about the project – informally known as Starlink, according to Geekwire – to no avail.

However, secrecy is difficult for SpaceX to maintain, given government oversight, public documents, and the incredible scale of its proposal. In the coming years, the company hopes to launch 4,425 interlinked broadband-internet satellites into orbit some 700 to 800 miles above Earth, plus another 7,500 spacecraft into lower orbits.

Musk’s company has filed several documents with the Federal Communications Commission related to an early test of Starlink involving the launch of two small telecommunications satellites called Microsat-2a and Microsat-2b.

The FCC gave SpaceX permission for the test in November, and new documents now show that SpaceX will piggyback Microsat-2a and Microsat-2b onto its launch of a Spanish radar satellite called Paz.

The mission is set to lift off from the Vandenberg Air Force Base in California on Saturday at 9:14 a.m. ET aboard a Falcon 9 rocket, according to Spaceflight Now.

Ajit Jai, chairperson of the FCC – the government entity which must ultimately approve SpaceX’s plans – endorsed the effort on Wednesday.

“Satellite technology can help reach Americans who live in rural or hard-to-serve places where fibre optic cables and cell towers do not reach,” Pai told Reuters in a statement.

Why SpaceX wants to get into the space-based internet business 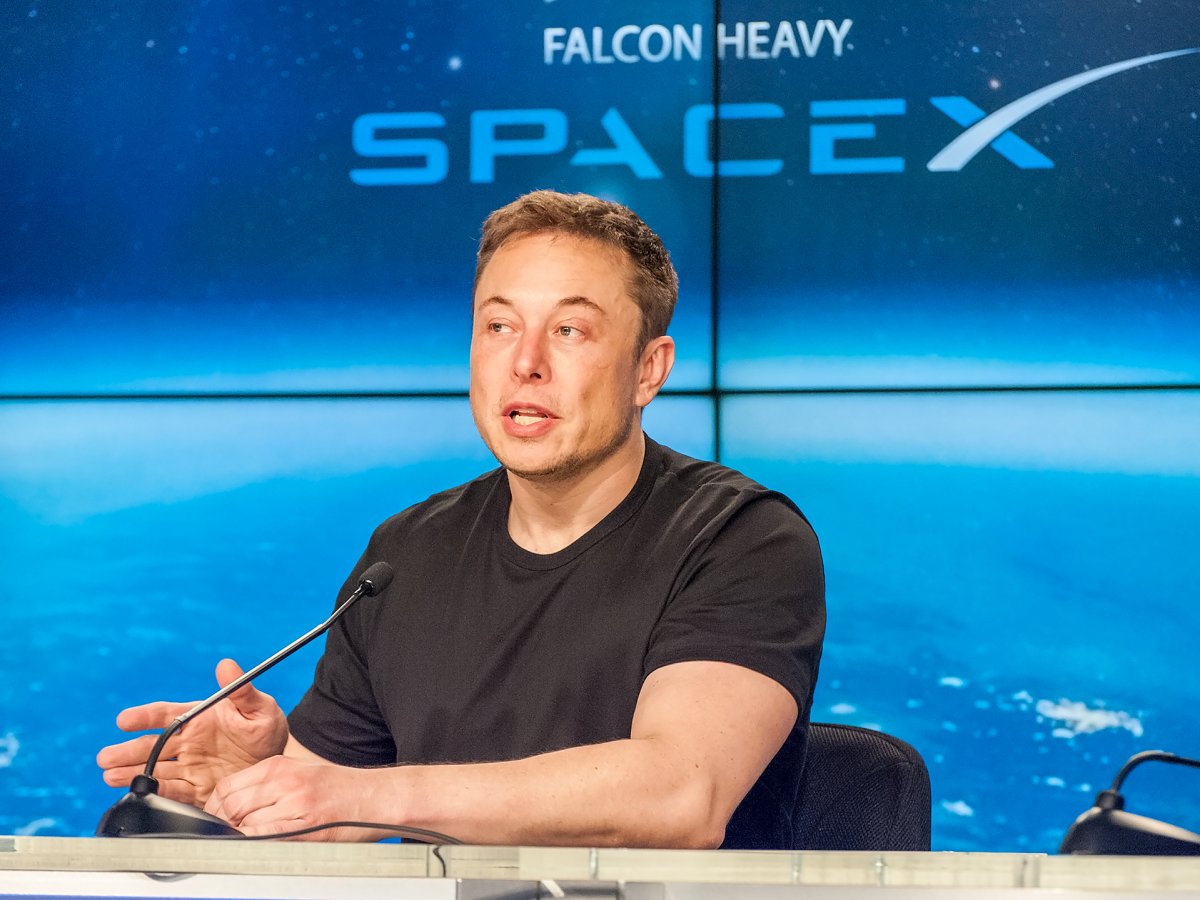 SpaceX is looking to win an increasingly competitive race to establish fast, pervasive, and affordable internet access. The company thinks such a market is worth tens – if not hundreds – of billions of dollars a year and will only grow as more people get online.

A space-based satellite network that communicates with cheap ground stations, the thinking goes, could circumvent the headaches and expense of on-the-ground technologies.

“The common challenges associated with siting, digging trenches, laying fibre, and dealing with property rights are materially alleviated through a space-based broadband network,” Patricia Cooper, SpaceX’s vice president of satellite government affairs, said in written testimony to a Senate committee in May.

A global space-based internet network that’s low-cost or provided for free to some regions could solve equal-access issues by bathing the whole planet in 1-gigabit-per-second internet.

The global average internet speed in late 2015, according to Akamai’s “State of the Internet” report, was 5.6 megabits per second. That’s about 1/180th the speed of SpaceX’s target, with the brunt of speed in that statistic tied up in limited numbers of cable and fibre-optic connections.

In a legal filing in July 2016, SpaceX included a line of a report by Unesco’s Broadband Commission for Sustainable Development: “4.2 billion people (or 57% of the world’s population) are offline for a wide range of reasons, but often also because the necessary connectivity is not present or not affordable.”

What the Microsat mission will do

Musk first discussed the satellite-constellation project in January 2015, later filing the FCC application to test basic technologies that would support it. At the time, Musk said:

“We’re really talking about something which is, in the long term, like rebuilding the internet in space. The goal will be to have the majority of long-distance internet traffic go over this network and about 10% of local consumer and business traffic. So that’s – still probably 90% of people’s local access will come from fibre, but we’ll do about 10% business-to-consumer direct and more than half of the long-distance traffic.”

About 1,740 active satellites orbit Earth, according to a database compiled by the Union of Concerned Scientists, and roughly 2,600 dead satellites are probably floating in space.

But even adding those together, SpaceX’s planned fleet of about 12,000 satellites would be nearly three times as large. 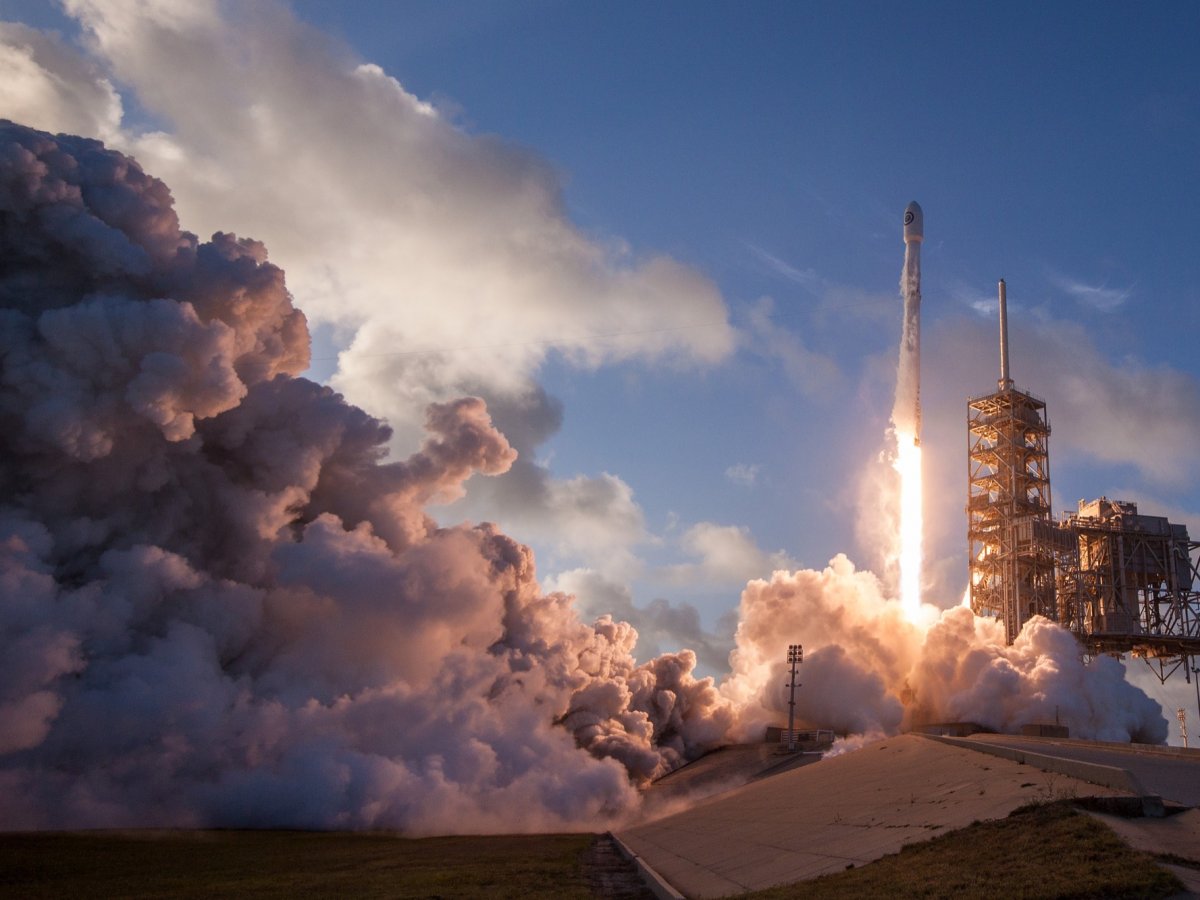 The new FCC documents suggest the test pair of satellites will be sent into orbit about 318 miles above Earth. (By comparison, the International Space Station orbits the planet about 250 miles up.)

Once the satellites are in orbit, SpaceX plans to use them to test communications with several ground stations, including mobile vans and stationary sites, the documents say. The list of locations includes the offices of Musk’s electric-car company, Tesla, which sells internet-connected vehicles:

Starlink’s internet, if the FCC approves SpaceX’s plans, could be accessed through relatively small devices that Musk said in 2015 would cost $US100 to $US300 each.

Cooper said in her written testimony last year: “For the end consumer, SpaceX user terminals – essentially, a relatively small flat panel, roughly the size of a laptop – will … allow for highly directive, steered antenna beams that track the system’s low-Earth orbit satellites. In space, the satellites will communicate with each other using optical inter-satellite links, in effect creating a ‘mesh network’ flying overhead that will enable seamless network management and continuity of service.”

The Washington Post reported in June 2015 that Google and Fidelity invested $US1 billion into Musk’s company, in part to support the project. So it’s likely that if the network becomes functional, those companies would assume partial control of it. (Google’s parent company, Alphabet, is also working on an effort to beam internet connectivity from the skies using satellites, balloons, and drones.)

SpaceX is not alone in its quest to dominate global high-speed internet from space – a company called OneWeb is pushing for approval of a similarly ambitious plan. Geekwire recently reported that OneWeb had allied with Jeff Bezos’ aerospace company, Blue Origin, as well as Virgin Orbit and Arianespace.

Satellite data communications have not changed much in technology, just in speed. I worked for a space-based satellite company (CyberStar) in 1998, and had such Internet connections in Texas 2001-2005: