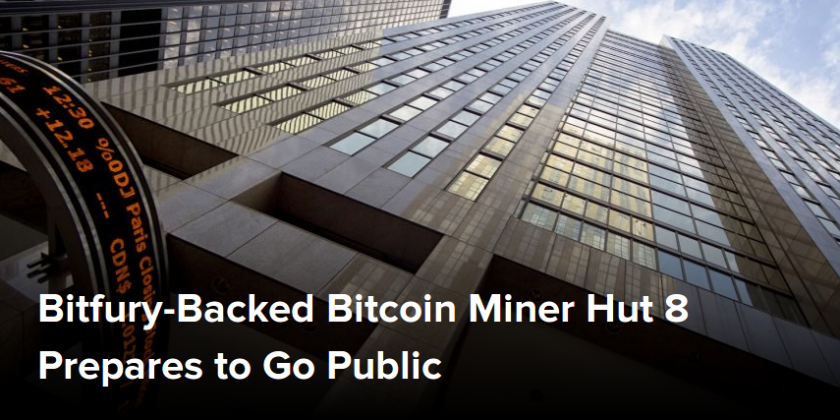 “a proxy for [Russian] Bitfury in North America”

A mining company backed by Bitfury is set to become publicly listed later this month in Canada.

Bloomberg reports that Hut 8 Mining Corp will appear on the TSX Venture Exchange, headquartered in Toronto, later this month. Back in December, Hut 8 announced that it was partnering with Bitfury in order to “acquire, install, maintain and operate North America’s largest bitcoin mining datacenters.” The listing will occur by way of a reverse takeover, through which a company acquires another that is already publicly listed.

At the time, the partnership details indicated that Bitfury would provide a suite of hardware and software tools, as well as logistical support, to fuel Hut 8’s North American expansion plans.

Indeed, Sean Clark, who leads Hut 8, described the company as “a proxy for Bitfury in North America,” positioning the move as a way to tap new funds as part of its continuing scaling efforts.

“We found a perfect vehicle to capitalize incredibly quickly. Bitfury now is going to rebalance the global network,” he told the publication.

Hut 8 has spent the last two months raising capital and ramping up its operations to open its mining facilities. Notably, in December the company offered 13.2 million shares in a private placement funding round, seeking to raise $33 million at the time. The Globe and Mail reported in January that the company ultimately raised $38 million. 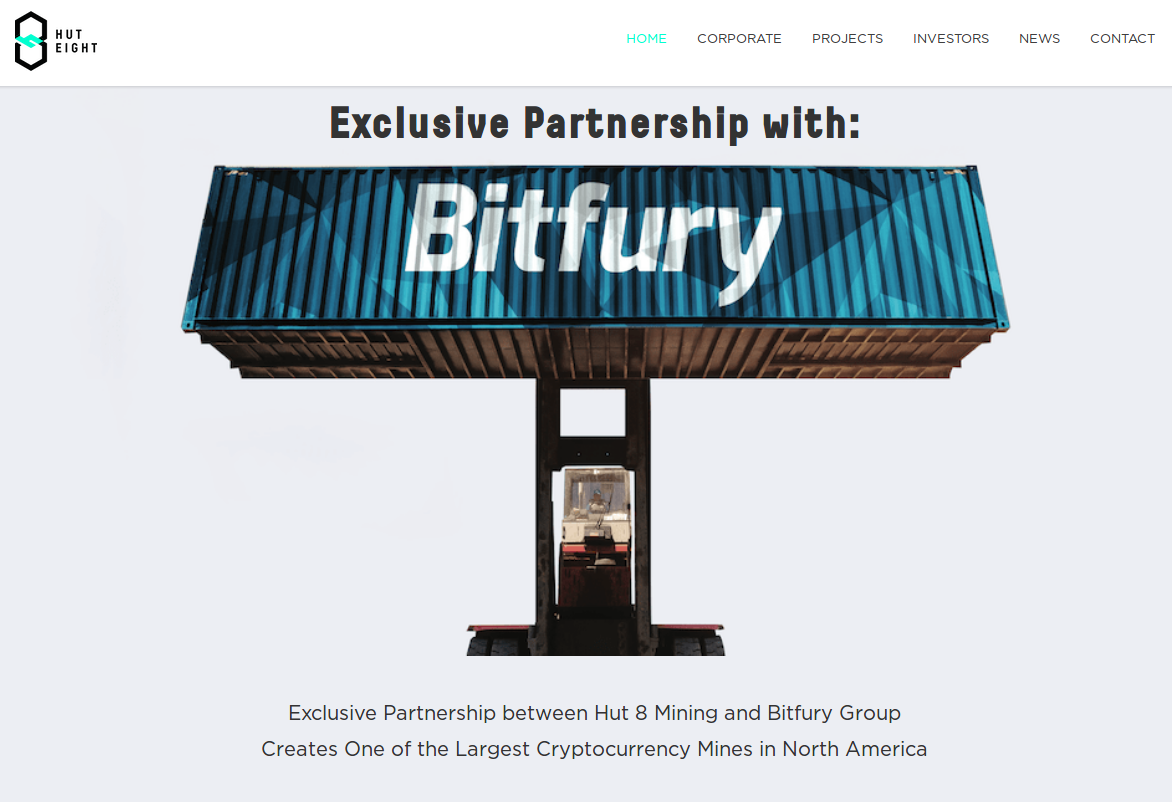 from the partnership announcement:

“Upon completion of the partnership, Hut 8 will own and operate what is believed to be the largest cryptocurrency mining farm in North America. In phase I, Hut 8 will gain immediate control over 22 bitcoin mining datacenters operating at 24.2 MW / 165 PH/s. In Q1 of 2018, a public listing on a Canadian stock exchange is expected and phase II of the deal is scheduled to be completed, increasing control to an additional 35 datacenters operating at 38.5 MW / 262.5 PH/s.”

“Through a combination of existing Bitfury sites and new installations, Hut 8 intends to scale rapidly throughout 2018 with installed capacity set to exceed 60 MW. Hut 8 also maintains the exclusive option to acquire additional datacenters from Bitfury in North America.”

(the difference is more dramatic, when looking into the future and using cost-per-transaction as a base comparison)