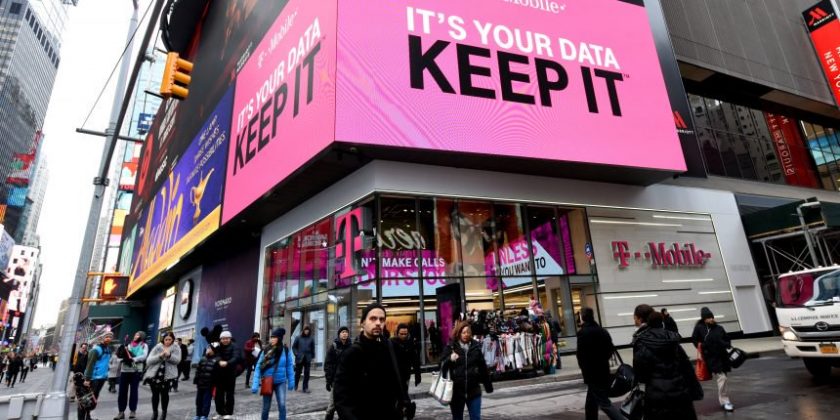 Blockwart
T-Mobile is a subsidiary of the $60bn-plus Telekom in Germany.

T-Mobile has been quietly toiling away on an enterprise blockchain solution for months, and it looks primed to make a big reveal soon.

The telecom giant’s interest in blockchain was most recently advanced after the company was prominently mentioned for its role in helping develop Hyperledger Sawtooth’s 1.0 version. Yet, its overarching blockchain work is not widely known.

And while details are still being kept under lock and key, Chris Spanton, the senior architect of T-Mobile’s Hyper Directory, a blockchain proof-of-concept (PoC) that was quietly unveiled in November, told CoinDesk several milestones are in the works.

Each, he said, fits into the company’s larger push to take advantage of open-source software.

Hyper Directory, for instance, uses Hyperledger Sawtooth to control who gets access to which T-Mobile cloud-based solutions, a process called identity and access management, or IAM.

Spanton toured the progress made on the directory at Amazon’s Re:Invent event in Las Vegas in December, presenting on how blockchain can improve security and cut costs for enterprises.

In interview with CoinDesk, he added:

“Creating Hyper Directory solved core IAM use cases we had in our cloud infrastructure, and building it as a blockchain solution provided unique opportunities to push forward our deep technical expertise.”

A closer look at some of the publicly available information on Hyper Directory provides some valuable insight into how it might fit into T-Mobile’s big picture.

In Spanton’s first article on Hyper Directory, he described the PoC as a reaction to “several unique pain points” he had experienced helping T-Mobile scale its cloud solutions to large enterprises. Specifically, the directory is being designed to address concerns over who has access to do what in the cloud, when those permissions are active, who grants those permissions and how this can all be done without increasing complexity.

“How do we solve the ‘who is watching the watchers’ problem of auditing change management?” Spanton asked in the post.

Spanton then went on to describe a system of smart contracts that approves and distributes permissions via an API layer on top of the Hyperledger Sawtooth blockchain.

As part of that interoperability, the cloud permissioning directory is specifically being designed to integrate with some of T-Mobile’s other open-source software.

Originally it was designed with the company’s recently launched open-source Jazz platform, meant to develop cloud computing platforms without the need of a centralized server, in mind.

But upon closer look at T-Mobile’s other open-source projects, a number of other possible integrations become apparent. In addition to Jazz, T-Mobile is working on a project called Keybiner, described in the Github repository as a library that tokenizes a user’s authority to perform transactions.

While it remains to be seen how these projects might eventually overlap, its clear that not only is T-Mobile increasingly serious about open-source software, but more specifically, blockchain.

And the reason behind this interest, could, in fact, be competitive edge.

As T-Mobile continues to battle for market share, building an open-source way for any cloud computing company to grant and rescind permissions could give it an upper hand in attracting valuable early partners.

As such, Spanton told CoinDesk:

“While blockchain has been a relatively new space for T-Mobile, developing game-changing solutions to old problems is not.”