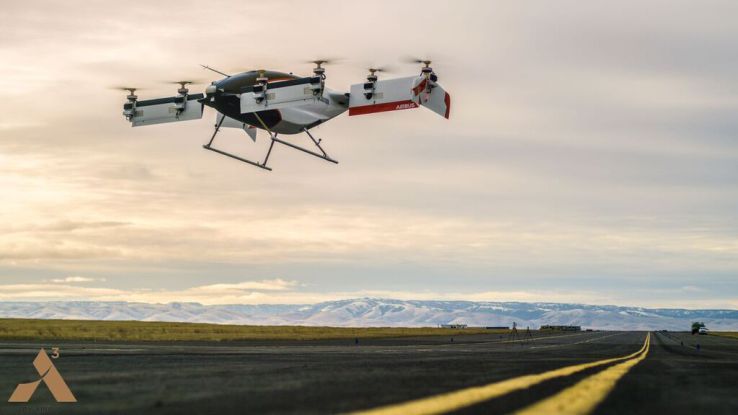 Seems like just yesterday Airbus’ Vahana autonomous electric vertical take-off and landing (VTOL) craft was little more than a painted concept, but now it’s actually flown, during a full-scale prototype test that lasted just under a minute, and during which the Vahana aircraft was fully self-piloted and fling at a height of 16 feet off the ground.

The Vahana VTOL, which resembles a complicated helicopter or an overground drone, depending on your perspective, is being developed by Airbus Silicon Valley skunkworks A³, and is aiming to eventually become something that can actually offer service to customers and transport people and goods within cities, cutting above traffic and making short-hop trips between strategically placed launch and landing pads.

This first flight is obviously a far cry from a working, commercial passenger drone service, but the successful first flight, which was followed by a second successful flight the next day, is a step in the right direction.

Next, Vahana says it’ll aim to move from being able to hover the vehicle, to being able to have it fly itself directionally, which will obviously be a key ingredient in terms of getting people and stuff from point A to point B.

Airbus is not kidding around about flying cars – the maker of airborne transportation vehicles plans to test out a prototype self-flying small urban transport made for single-passenger travel by the end of this year, according to Airbus CEO Tom Enders (via Reuters). Airbus has been developing its autonomous vertical take-off and landing (VTOL) concept through Project Vahana, an internal project designed to test viability and refine a prototype for urban air transport.

The project is something that Airbus takes “very seriously,” Enders told the DLD tech conference in Munich on Monday, noting that airborne transit for goods and individual passengers would actually be tremendously beneficial in terms of alleviating urban congestion, and reconfiguring how urban planners think about designing cities.

Vahana aims to have a viable production urban aircraft for short-haul trips available by 2021, and so actual prototype tests by the end of this year make sense given those timelines. In fact, the company previously said it was hoping to field a full-scale prototype sometime in 2017, so it looks like Enders is still committed to keeping his company to that timeline, including active flight testing.

The vehicle will likely use a four-rotor design with variable positioning possible to help with vertical take off, and then shift for propelling the craft through the air. The design process is taking into account what’s feasible and most efficient, given requirements like an electric motor, which Airbus is focusing on so that a fleet of the vehicles, once deployed, will not actually have a worse ecological impact than ground-based transportation in terms of contributing to air pollution.

Flying cars may still seem outlandish and primarily the province of science fiction, but helicopter-maker Airbus actually believes that they’d be ignoring the category at their peril, given the pace and progress of technology that can help make it possible, including autonomous driving systems and electric battery tech.

The proof will still be in the flying pudding, but at least now we could get a glimpse of that later this year. If Airbus can pull off the prototype, the biggest hurdle might be regulation – transporting humans by drone is still a big legal no-no in dense metropolitan areas, and it’ll be a challenge to prove its safety both to end users and municipal regulators.