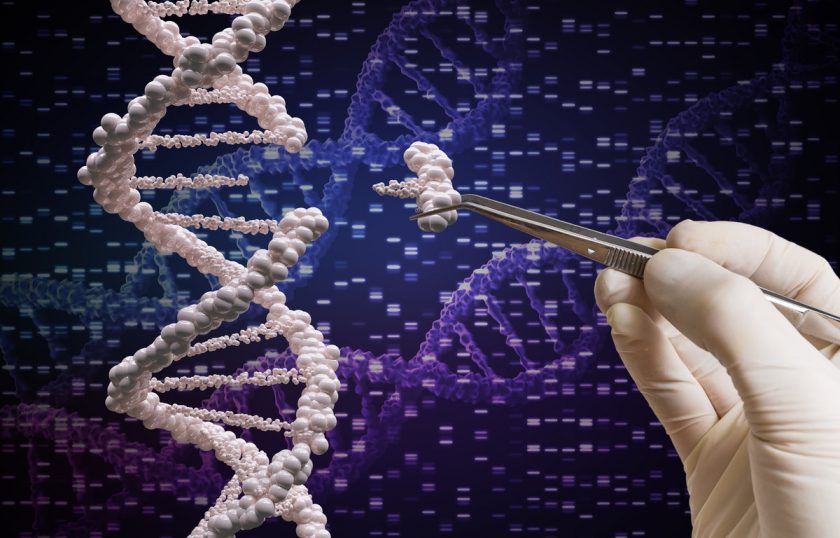 Gene editing is often thought of as a technique from a futuristic villain, best used to create killer mosquitoes or vaccine-resistant diseases.

But there, tucked within the nearly 70-page National Security Strategy unveiled Dec. 18 by the Trump administration, was a short paragraph devoted to research and innovation. The document included the areas where the United States should prioritize investment to “maintain our competitive advantage.” And while the White House listed more conventional national security technologies, such as encryption and autonomy, the strategy also specifically mentioned gene editing.

Already, the main research arms of the U.S. national security sector have devoted resources and teams toward gene editing in the past few years.

According to the Defense Advanced Research Projects Agency, the national security implications of gene editing include the protection of troops against infectious disease, mitigation of threats posed by irresponsible or nefarious use of biological technologies and enhanced development of new resources derived from synthetic biology. This last point includes novel chemicals, materials and coatings with useful and unique properties.

DARPA’s Safe Gene Program, which the organization plans to invest $65 million in the next four years, looks to “deliver novel biological capabilities to facilitate the safe and expedient pursuit of advanced genome editing applications, while also providing the tools and methodologies to mitigate the risk of unintentional consequences or intentional misuse of these technologies,” according to the agencies Biological Technologies Office.

“The field of gene editing has been advancing at an astounding pace, opening the door to previously impossible genetic solutions but without much emphasis on how to mitigate potential downsides,” said Renee Wegrzyn, the Safe Genes program manager. “DARPA launched Safe Genes to begin to refine those capabilities by emphasizing safety first for the full range of potential applications, enabling responsible science to proceed by providing tools to prevent and mitigate misuse.”

DARPA’s counterpart in the Intelligence Community, the Intelligence Advanced Research Projects Activity, has also expressed interest in this field. That agency released a request for information in January 2017 seeking tools or methods to detect organisms that have been modified using genome editing techniques.

IARPA warns that despite benefits from advancements in gene editing such as injecting more nutrients into crops, “unintended or deliberate misuse of genome editing tools may have adverse economic, health, and national security implications.”

According to the 2017 Worldwide Threat Assessment, an annual report to Congress by the Intelligence Community, the fast pace of genome-editing technology development and broad range of applications are likely to challenge governments to develop ethical frameworks or norms to govern their application.

The 2016 assessment, the last under the Obama administration, offered similar alarm bells.

“Research in genome editing conducted by countries with different regulatory or ethical standards than those of Western countries probably increases the risk of the creation of potentially harmful biological agents or products,” the report read.

“Given the broad distribution, low cost, and accelerated pace of development of this dual-use technology, its deliberate or unintentional misuse might lead to far-reaching economic and national security implications. Advances in genome editing in 2015 have compelled groups of high-profile US and European biologists to question unregulated editing of the human germline (cells that are relevant for reproduction), which might create inheritable genetic changes.”