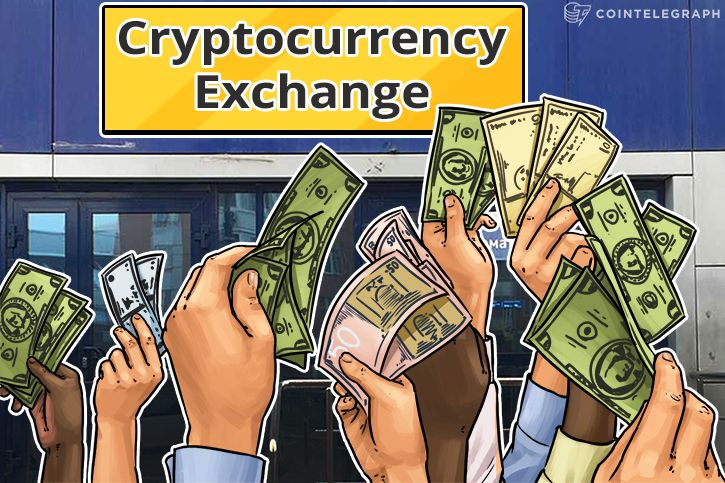 A rollercoaster ride of a week for Bitcoin has seen exchanges suffer outages as current and new users clamored to trade the sought-after virtual currency.

Popular exchange Coinbase and other exchanges saw a massive surge in the volume of traffic on their exchange – causing delays for users on their platforms. 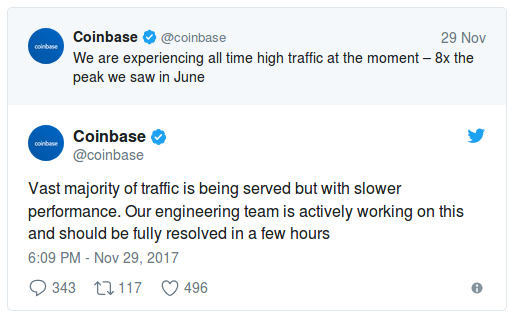 The exchange eventually had to schedule maintenance on its server in an effort to increase their capacity to meet the massive demand for Bitcoin and Ethereum.

Bitfinex also undertook server maintenance this week, and that prompted a DDOS attack which no doubt hampered trades on the platform.

Bitstamp also struggled to cope with the demand for Bitcoin – and apologized to users on Twitter as they worked to resolve the issue caused by the spike in traffic.

Having hit the $11,000 mark on Wednesday, Bitcoin’s value has been following a wave function.

There could be a number of reasons for this. Naturally, many investors may have cashed out when the virtual currency hit its biggest high to date.

Or perhaps the apparent correction, which many analysts predicted to come at much higher prices, is as a result of the difficulties experienced by major exchanges that were not quite prepared for the massive demand on their systems.