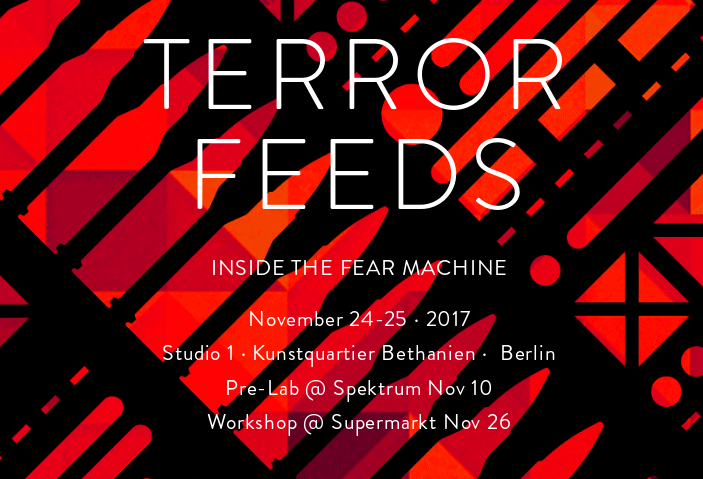 In collaboration with Alexander von Humboldt Institute for Internet and Society (HIIG), the Disruption Network Lab invites to its 12th conference: An analysis of ISIS and its media strategy, the meaning of cyber jihad, and why people enroll as foreign fighters.

TERROR FEEDS: Inside the Fear Machine highlights the change that ISIS (the Islamic State of Iraq and Syria, or Daesh by its Arabic language acronym) represents in how terrorism is conducted and analyses how electronic jihad and strategic messaging affects the worldwide public opinion, both in the west and in the Arab world, representing a new icon of “global jihad”. The aim of this event is to understand and to discuss how ISIS unleashed cyber jihad, as well as the strategies activists and human right advocates use to oppose this form of terror, as well as Internet censorship and surveillance.

Disruption Network Lab is an ongoing platform of events and research focused on art, hacktivism and disruption. Its goal is to present and generate new possible routes of social and political action within the framework of hacktivism, digital culture and information technology, focusing on the disruptive potential of artistic practices.