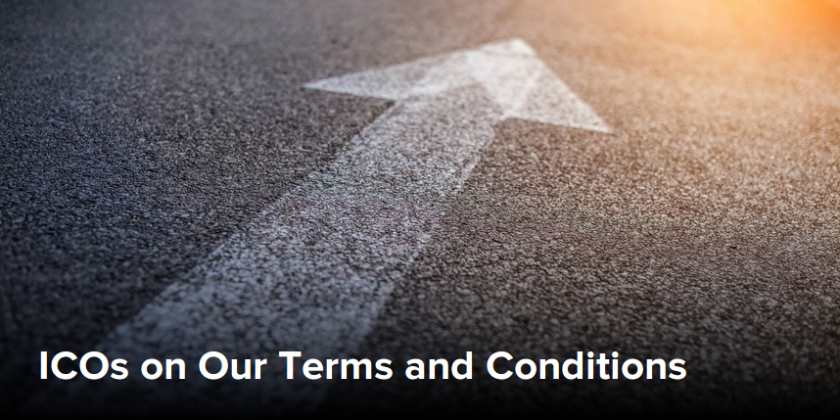 Zoe Dolan is a lawyer focusing on crypto and blockchain projects, fintech and start-up business representation, and constitutional rights and freedoms. She is an experienced federal trial and appellate attorney and the author of various books.

In this opinion piece, Dolan proposes a practical way to structure token sales that complies with securities laws and enhances value for all involved.

To help regulators and the public understand why cryptographic token sales (also known as initial coin offerings, or ICOs) are so revolutionary and integral to future economic development, it helps to start by defining our core proposition:

A token = value that powers a network.

One difference between old-school small business launches and startups and projects in the crypto space is that the latter are all about networks from the get-go.

In a classic business model, an ambitious conglomerate could start by, say, selling books out of a 30-year-old entrepreneur’s garage, with the aspiration of growing into the largest retailer of consumer goods on the planet one day.

Crypto projects resemble this prototype in a fundamental way – seeking to scale up into a vast network from nothing. But there is a distinction: the bookstore remains limited to its retail stock, number of employees, and facilities – whereas crypto projects may begin by facilitating transactions that would already be taking place.

So: crypto business models are geared toward connecting community members who exist at this moment, and then activating these connections into immediate network expansion.

The holy grail here is, of course, to get as many people involved as early as possible and encourage them to become stakeholders in the project.

Stakeholders combine features of customers, investors, speculators, and network participants (traditional categories) all in one. By purchasing and holding a project’s tokens, stakeholders are staking a claim within project territory. Value enhancement of the shared network resource – a token – flows to everyone involved: founders, token purchasers and developers alike, provided that longevity and sustainability stay in focus.

In the old-school scenario, investors rely on a project’s lead or core team to realize profits. In our world, growth is all about stakeholders.

Post-ICO, we suddenly see a big motley crew of smart people from any number of countries chomping at the bit to contribute to open-source code development, share about their interest with others, and signal to core team personnel and developers on matters ranging from business roadmaps to community guidelines to decisions at forks in the road (not just in the code) – not to mention whatever else we figure out how to optimize.

Lessons from The DAO

My own view as a lawyer who works on crypto and blockchain projects continues to be that benefits can yield to all as we explain – over and over and over again, until either governments hop onto the same page or the page turns to a new chapter – that stakeholdering is what sets true, purposeful ICOs apart from the crypto space albatross: the poorly disguised, illegal, unregistered security offering.

By now everyone in the crypto community can recite the legal test designed to identify a security, as announced in 1946 by the U.S. Supreme Court in SEC v. Howey: whether a scheme (the court’s word) “involves an investment of money in a common enterprise with profits to come solely from the efforts of others.”

The government’s most detailed crypto guidance to date – an analysis by the SEC of whether tokens offered by “The DAO” comprised securities – is encouraging, at least insofar as it appears to acknowledge that utility tokens may qualify as something other than securities.

Consider an excerpt from the SEC’s analysis of the “managerial efforts of others” prong, where the action concentrates:

“Investors’ profits were to be derived from the managerial efforts of others – specifically, Slock.it and its co-founders, and The DAO’s Curators … to manage The DAO and put forth project proposals that could generate profits for The DAO’s investors.”

Think about what’s going on here.

The SEC is about to determine– after looking at DAO token holders’ limited control over project dynamics – that such tokens were securities because value derived so substantially from people other than token holders.

For the SEC, this conclusion flows from “curator” domination, castrated token holder voting abilities, and member dispersion and communication hurdles inherent in the DAO’s structure:

Stakeholdering, I would argue, is the differential that puts us in new territory.

Imagine, if you will, a hypothetical crypto project to change the world for the better.

Say we envision a token, Utopia, that seeks to “envalue” (coining another word) the socioeconomic and political tenets of sustainability, community empowerment, and decentralization – by facilitating a network of members worldwide who share these principles.

For the beta, perhaps we could start with an ICO laser-focused on – pick a location: say, Boulder, Colorado – and then grow from there.

In beta-Boulder, we start connecting homeowners and renters with goods and service providers of like mind – everyone from interior designers to contractors to solar panel companies to plumbers who install tankless water heaters, and so on.

Utopia generates value from a symbiosis of shared social ideals and the network that hooks everyone up.

Meanwhile, in the alpha phase, Utopia holders around the world have been participating in the project from the beginning through signaling on questions of road-mapping, scaling, and community guidelines development and refinement – all while preparing to kick off their own local hubs and starting to trade with other members internationally.

This process comprises the utility of Utopia. Network value burgeons through the efforts of token holders all over – dispersed nodes or subgroups or whatever you want to call network members and communities – seeking to connect with one another and bring the value of Utopia up to benefit everyone.

Stakeholdering and member activity in alpha mean that tokens may assume functionality before a network begins to function.

Now, from a legal perspective, do we really need an endless stream of token purchase agreements to effectuate Utopia? Meh. Overkill.

And is it really good – or, for that matter, even in a project’s interest – to limit participation to accredited investors, venture capitalists, and institutions within a quasi-security structure that replicates the very entrenched financial inequities that crypto seeks to redress? The idea seems counterintuitive at best, and possibly self-sabotage.

The terms and conditions for a Utopia token sale would be pretty short and sweet, and I’d think, covering basic matters such as a grant of rights to receive tokens, their projected functionality, and non-refundability.