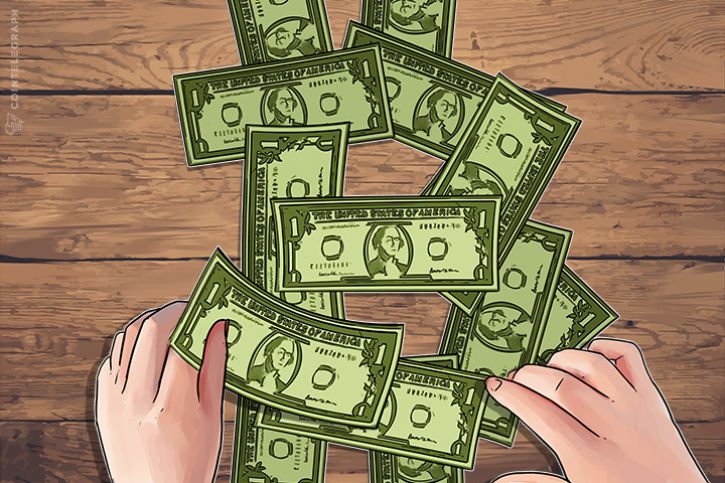 According to Armstrong, Coinbase currently holds $9 billion in user funds in various cryptocurrencies including Bitcoin. Coinbase Custody is exclusively for institutional investors with at least $10 mln on deposit. There is a $100,000 initial setup fee and a fee of 10 basis points per month on all deposits stored on the Coinbase Custody platform.

Armstrong further emphasized that the finance market currently has over $10 billion in institutional money that has been sitting on the sidelines. Coinbase believes these investors want to purchase digital currency, but have been waiting for a safe way to buy and hold it. Armstrong wrote:

“Over 100 hedge funds have been created in the past year exclusively to trade digital currency. An even greater number of traditional institutional investors are starting to look at trading digital assets (including family offices, sovereign wealth funds, traditional hedge funds, and more). By some estimates there is $10B of institutional money waiting on the sidelines to invest in digital currency today.”

Upon the finalization of its $100 million Series D funding round which increased the market valuation of Coinbase to $1.6 billion, Armstrong promised Coinbase investors and customers that the company would provide necessary infrastructure for institutional and retail investors in order to address the demand for Bitcoin from the traditional finance sector.

With the launch of Coinbase’e new platform next year, there will be three products specifically designed for large institutional investors: Coinbase Custody, CME Group’s regulated futures exchange, and LedgerX’s regulator-approved futures exchange. LedgerX is the only one that has launched to date; it has already seen an increase in its volumes since its launch in October.

“We already store billions of dollars worth of digital assets on behalf of our customers. We serve thousands of institutions via our GDAX product, the leading digital currency exchange in the U.S. We’ve raised $216M from venture capital firms and financial institutions like the NYSE/ICE, USAA, BBVA, Westpac, and MUFG.”

In the long-term, Armstrong further emphasized that Coinbase will focus on facilitating the investment of institutional money into the Bitcoin market, with its capital and strong teams of developers.

Last week, Leo Melamed, the chairman of CME Group, the largest options exchange in the world, stated that he has gradually altered his viewpoint of Bitcoin in the past few years. This came about as he continued to study the decentralized structure and peer-to-peer protocol of the Bitcoin network. 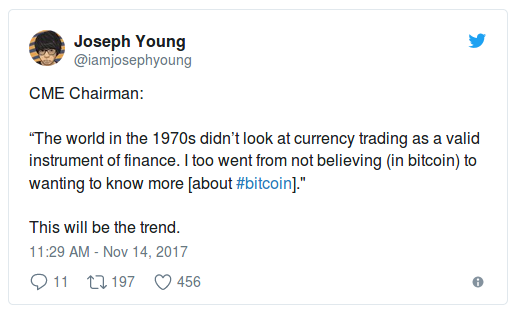 In the upcoming months, the Bitcoin market will see a shift in trend, as institutional investors and retail investors begin adopting Bitcoin as a robust store of value and a legitimate financial network. It will be more difficult for public figures and bank executives to offer baseless condemnation of Bitcoin, given the crackdown on major banks this past week on money laundering and fraud charges, and the rapid increase in mainstream adoption of Bitcoin.