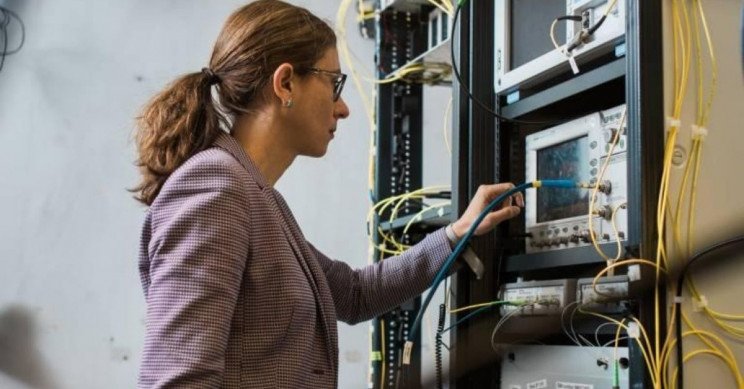 At that speed, you can download the entire Netflix library in less than a second.

The saying goes “Technology is growing fast” stopped being a cliche but has become reality. Remember the record of the world’s fastest internet speed was set back in May this year? Well, it’s been long gone now.

The recent research was published in the journal IEEE Photonics Technology Letters.

The record, 178 terabits a second equaling 178,000,000 megabits a second, was set by conveying data through a wider spectrum of light than it was sent through the usual optical fiber.

The bandwidth researchers used was 16.8 THz which stands for Terahertz wave frequency. It is way more than commercial bandwidth range with a 9 THz, indicatesUCL News.

To deliver a very high speed, researchers brought different signal amplifiers together to enhance signal power and took the speed to the highest level by new Geometric Shaping (GS) constellations. Constellations consisted of signal pattern combinations drawing upon phase, brightness, and polarization to squeeze more data into the light.

“Internet traffic has increased exponentially over the last 10 years and this whole growth in data demand is related to the cost per bit going down. The development of new technologies is crucial to maintaining this trend towards lower costs while meeting future data rate demands that will continue to increase, with as yet unthought-of applications that will transform people’s lives,” lead author, Dr. Lidia Galdino explained her thoughts on the study.

How fast is it?

It might be a bit hard for those who think their internet speed is fast, to refer to how fast this was.

It is possible to compare it in two different ways to be more descriptive. Currently, the record speed means you can download the whole Netflix library in a second.

Also, the revelation of the black hole image that took the world by storm could be downloaded in less than an hour. The image took a really huge place that the hard drives including it weighed half a tone and were transported by plane.

As the scientists are breaking record after record, it is no doubt that soon we might hear a faster speed declared worldwide.