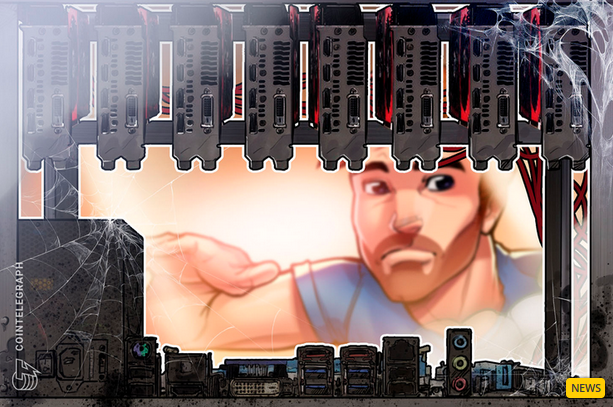 Bitcoin (BTC) mining difficulty adjusted downwards more than at any time since its 2018 price low on Nov. 8, data shows.

As noted by entrepreneur and cryptocurrency commentator Alistair Milne on Monday, difficulty fell by around 7% after the network’s latest readjustment.

Mining difficulty refers to the effort required for miners to solve the equations necessary to validate transactions on the Bitcoin network. A higher difficulty implies competition for block rewards is higher, while drops incentivize more participation.

The mechanism functions as a self-stabilizing device for Bitcoin, ensuring network security is sufficient even when price or network activity drops significantly.

From its recent bottom of 5.1 trillion in December 2018, when BTC/USD traded at $3,100, the difficulty has increased incrementally throughout 2019. In late October, the metric reached an all-time high of 13.7 trillion and has now corrected to 12.7 trillion, data from monitoring resource Blockchain shows.

At press time, hash rate, which is an estimation of how much computing power is dedicated to validating transactions, had passed 100 quintillion hashes per second once again.

As Cointelegraph reported, mining companies overall remain buoyant about the future profitability of the sector. Canaan Creative, another significant player, is reportedly set to undergo a $400 million initial public offering, or IPO, this month.

At the same time, Bitmain is going ahead with the expansion of a Texas mining farm which officials say could ultimately become the largest in the world.