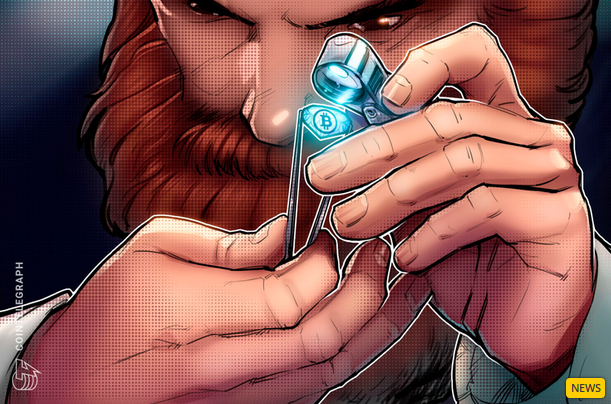 A Bitcoin mining company owned by Russia’s internet ombudsman is planning to open a new facility and corner 20% of the international market.

Closed due to US sanctions in 2018, the ex-Rusal facility could soon host a Bitcoin (BTC) mining farm so large it could account for one-fifth of global output.

“Our idea consists of converting the factory and selling its computer power as a service, that is to say, offering IT services,” the ombudsman, CEO Dmitry Marinichev, told RBC.

Despite his links to the Russian government, Marinichev has come out critical of some policy, particularly aspects involving the internet.

The Kremlin’s attempt to block instant messaging service Telegram, for example, earned scorn. Efforts have so far been in vain, as Telegram still remains accessible, while efforts could soon shift to the release of the company’s own digital currency.

“It is impossible to block it by blacklisting IP-addresses. That way, the battle will go on endlessly, even if you consider that Telegram’s client part is open-source software whose inner workings can be analysed and comprehended,” he said in an interview in May last year.

As Cointelegraph reported, competition in Bitcoin mining has heated up once again in 2019. Despite the mixed performance of Bitcoin itself, hash rate – or the combined computing power dedicated to mining – continues to hit all-time highs.

Bitmain, one of the industry’s major mining participants, last week announced it would look to make its new facility in Texas the most powerful worldwide in the coming years.