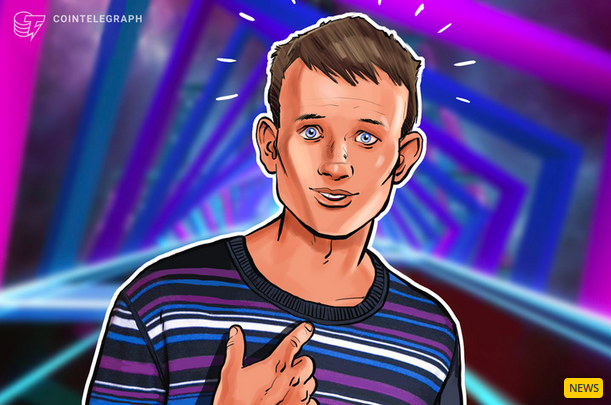 In a Twitter survey on Oct. 26, Buterin quizzed followers about their opinion of reversing chain activity in the event of a major hack of an exchange or similar entity.

“Suppose a popular smart contract wallet that a large portion of the ETH community uses gets hacked. This could be reverted by reverting all chain activity since the hack and doing a DAO-style HF to recover the funds,” he wrote. 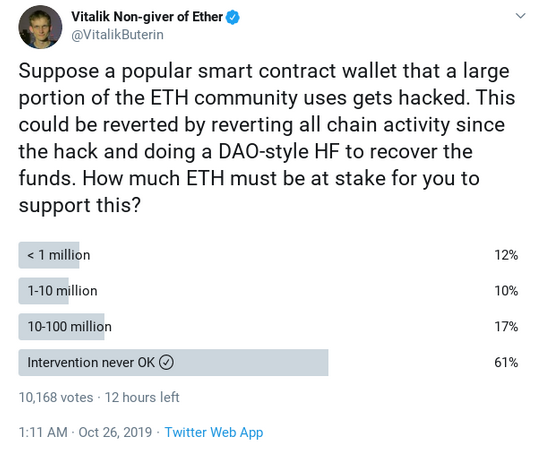 Continuing, he asked how many coins would need to be stolen in order for followers to support manual reversal.

The survey appeared to touch a nerve among commentators. Ethically, they argued, the amount of money should not matter — rolling back transactions removes the benefits of a blockchain without centralized control.

Correspondingly, more than 60% of the over 10,000 responses to the survey confirmed they would not tolerate remedial measures under any circumstances.

Ethereum developers have reversed transactions before, notably following the notorious Decentralized Autonomous Organization, or DAO, hack in June 2016, which lost Ether (ETH) worth $60 million at the time.

Ethereum is currently undergoing a major transformation in a long-term upgrade which will ultimately even see it change its algorithm. The changes will help resolve some of the network’s growing pains – in August, Buterin warned its blockchain was almost full.

The largest altcoin by market cap, ETH has nonetheless fared underwhelmingly this year as Bitcoin (BTC) cements its position at the top.