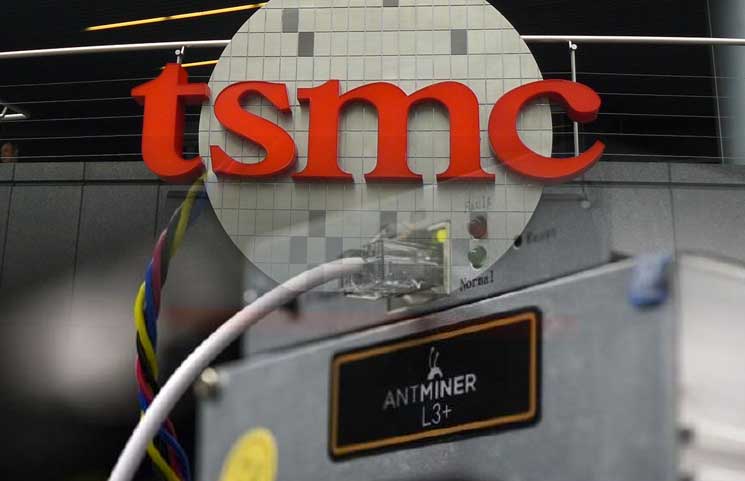 TSMC is expanding capacity for Bitmain’s urgent order for wafers. Bitmain Technologies, the designer of chips used in cryptocurrency mining  has placed a large order of 30,000 “7nm” wafers from TSMC.

TSMC has never commented on its clients or orders. It is reported that that due to the urgent order of Bitmain, TSMC decided to expand capacity for “7nm” wafers.

Bitmain is also active in AI area, and it ranked the top three clients of TSMC in 2017.The officers of TSMC has recently made a special trip to Japan to finalize key semiconductor equipment production and its date of delivery.

It is estimated that that TSMC can increase its monthly production capacity by 10,000 “7nm” units from November. It is expected that this will make the  contribution of “7nm” to TSMC’s revenue increase sharply this year, which will account for more than 25% share of TSMC’s revenue of the whole year.

TSMC ‘s 12-inch wafer with “7nm” technology is expensive. It is rumored that the price of each wafer is close to 10,000 US dollars, so 30,000 wafers mean about 300 million US dollars in order. And now TSMC requires Bitmain pay in cash.

“7nm” is the leading product of TSMC, and it is also the pioneer the new generation processor. Huawei, China’s largest IC design factory, has also ordered “7nm”. As Bitmain’s popular Antminer 17 series are equipped with advanced 7nm chips, the great demand for 7nm chips from the mining giant may be a bullish signal and that more S17 miners will come to the market where bitcoin mining machines are almost out of stock amid the bitcoin rally.

Speculation about Bitmain’s finances has intensified early in this year. Unverified investor presentations purporting to show details of Bitmain’s business have been circulating online, prompting discussions in cryptocurrency circles over the company’s exposure to falling virtual currency prices in 2018. Now  Bitmain’s revenue in the first half of this year has made up for its last year losses as bull market is approaching.

Bitmain is planning an initial public offering (IPO) in the United States, where the mining giant is aiming to raise roughly $300 million to $500 million via the U.S. offering allegedly happening this July, as previously reported by 8btc. It seems that Bitmain’s financial condition is not so wretched.