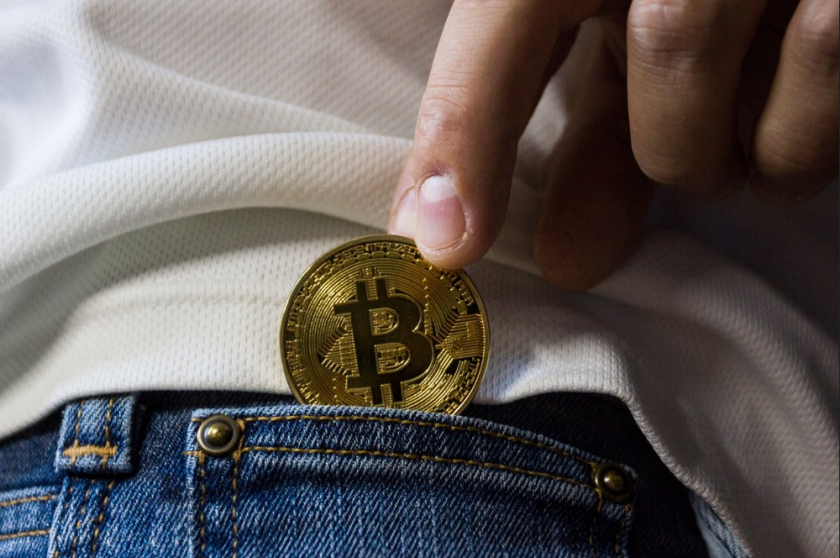 One of the interesting things about Bitcoin that some people might forget — or never realize — is that it has a finite supply. And, something that many Bitcoin enthusiasts may find worrying is that Bitcoin “miners” have already created the vast majority of it.

Reports say that as of August 2019, 85% of the Bitcoin supply is in circulation. More specifically, there are only 3.15 million Bitcoins left to mine until sometime during the year 2140, when we’re expected to be close to reaching the currency’s 21 million coins limit.

Why Does Bitcoin Have a Fixed Supply?

Since Bitcoin is not a physical currency, many people may assume there’s an endless supply. Clarifying the conclusion requires covering a few basics about the Bitcoin mining protocol.

Bitcoin mining happens in “blocks” that occur in approximately 10-minute intervals when miners solve complex equations with powerful computing setups. While doing so, they verify transactions on the blockchain, the digital ledger used by Bitcoin and other cryptocurrencies. A miner gets rewarded with a certain number of Bitcoins for being the first one to solve the equation that creates the next link on the blockchain.

Whenever miners collectively create 210,000 Bitcoins, the number they receive as a reward goes down by half. For example, the current reward is 12.5 Bitcoins per block. But, when the next halving happens on the expected date of May 22, 2020, the incentive will become 6.25 Bitcoins per block created. The decreasing rewards system means that, as things stand, the total Bitcoin supply can only ever be 21 million coins.

Some of the Existing Supply Not in Circulation

The current number of Bitcoins available means, in theory, that only 17,850,000 people can own a whole coin. But, the reality is that some of the coins that miners make won’t ever be in circulation.

That’s because people lose their private wallet keys and subsequently lose access to their Bitcoins. What does this dwindling supply mean for cryptocurrency at large?

An Anticipated Price Increase for Bitcoin

Analysts believe that the May 2020 halving event will cause a Bitcoin price bump. The halving is in place to control inflation. A central bank, a government entity or an individual cannot choose to make more Bitcoins when the supply gets too low. This reality makes Bitcoin a deflationary currency.

The halving events also remind people that mining Bitcoin won’t be around forever. Scarcity — whether related to cryptocurrency or something else — is one of the driving factors that cause people to invest in things. They perceive that the short supply makes the value go up, and it’s this belief that makes Bitcoin a good store of value. This is also the force driving the expected price bumps as halving continues.

Miners May Find That Their Work Is No Longer Sustainable

It’s unclear if the majority of miners will try to maintain some sort of workable business model once they make all the available Bitcoins. There are both legal and illegal ways to make money as a Bitcoin miner. But, none of them are surefire paths to wealth. For one, they require substantial computing and electrical resources to start.

But, as Bitcoin halving progresses, it’ll become less and less profitable to make a living as a Bitcoin miner. Then, after making all 21 million coins, they won’t receive Bitcoins at all.

It’s possible, then, that Bitcoin miners might start trying to earn in other ways, such as by substantially raising Bitcoin transaction fees.

People pay small fees associated with their Bitcoin transactions. Those go to the miners to support their validation work.

Some individuals think that if Bitcoin’s value goes up due to scarcity and fewer miners are taking part in validating the blockchain, people will be open to paying higher transaction fees to get the associated activities confirmed on the blockchain.

If the fees get too high, though, people may decide it’s not worth carrying out transactions in Bitcoins any longer. That could mean Bitcoin might go through a short-term spike in value because of scarcity and plummet as users get fed up with the transaction fee amounts.

What About Changing the Protocol?

At the time that Bitcoin came into existence, stipulations were put forth about Bitcoin having a limited, finite supply. Gold, another example of a valuable commodity, does as well. But, as people wonder what’ll happen once miners make all 21 million Bitcoins, one of the proposed solutions is to change the protocol and raise the cap. Members of the Bitcoin community have polarized views on the subject.

Some of them argue that increasing the number of Bitcoins available to mine is a good thing. They think that once miners no longer receive new Bitcoins for their work, they won’t have much of a reason to continue validating entries on the blockchain and keeping the blockchain secure. If that happens, many of the aspects of the blockchain that people now view as reliable and safe may fall apart.

At the same time, others are not willing to explore the possibility. They refer to the now-famous white paper published by Satoshi Nakamoto, a pseudonym for the person or group that birthed Bitcoin.

It discusses the 21-million cap and the halving but does not mention why the author chose that maximum-circulation number. Some of the people against raising the cap view doing so as akin to heresy.

An Issue of Increasing Importance, But Not an Immediate Matter

The completion of 85% of Bitcoin mining activity surprises and alarms some people. But, it’s arguably not something that Bitcoin investors or enthusiasts need to deal with right now. The current mining speeds, as well as the halving mentioned here, indicate that Bitcoin mining will still happen more than a century from now.

The people who own or mine Bitcoin now may notice some negative shifts, such as increased prices and more mining competition as participants strive to earn as much as they can before another halving happens.

But, the knowledge of when the Bitcoin supply will run out is a positive thing, too. It gives people a timeframe within which to decide what to do — if anything.