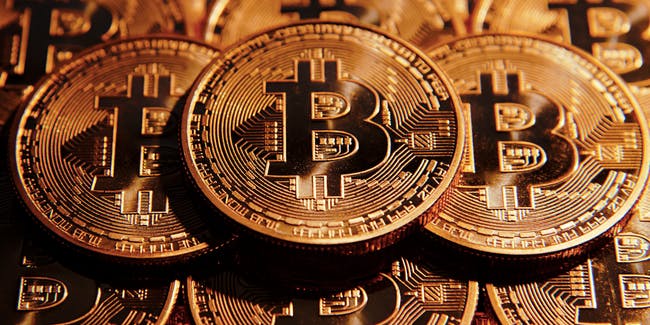 Why halving could cause another spike.

The third “halving” in the history of bitcoin is coming up around May 2020, something anybody who has bought bitcoin in the last few weeks should be aware of as the cryptocurrency to rule them all ascends in value once again to more than $11,200 — at the time of this writing.

What Is Bitcoin Halving?

Bitcoin halving reduces the amount of bitcoin rewarded by half to bitcoin miners who discover a new bitcoin block. Bitcoin blocks are essentially parts of the bitcoin blockchain, where all transactions involving bitcoin are recorded. Whenever a bitcoin exchange occurs, it is recorded in a block, like a page of a ledger. A mathematical problem is associated with each block and miners are continuously using computers to record transactions and solve those math problems. As more miners compete for the reward, the difficulty of solving the problem increases.

What is the Effect of the Bitcoin Halving?

The halving impacts the amount of bitcoin miners are rewarded with for mining the bitcoin block, and historically has had positive effects on the price of bitcoin over the long-term. Bitcoin is set up so that there will only be 21 million mined. The halving occurs to prevent inflation. Unlike central banks that can just print more cash, there is a finite limit to the amount of bitcoin that can exist, making it more like gold than a national currency.

Below is everything you need to know about halving before 2020:

Mining bitcoin is almost like a race to the finish line where the first person to get there (or complete a block) is rewarded with bitcoin. The prize used to be 50 bitcoins, back when bitcoin was only worth a few pennies, but since halving has happened twice before, the prize is now 12.5 bitcoins per block. In 2020, that will become 6.25 bitcoin (about $68,000 as of today). The halving impacts miners, as some decide that the costs of mining — like the electricity and computing power — are not worth the (now decreased) reward, but others hold onto their bitcoins, given demand rises as supply edges closer to the finite number of bitcoin.

Each halving is a reminder that the supply is running out, though the last bitcoin should be mined sometime in the year 2140. But each time it’s halved, it limits the amount of new bitcoin being created, making existing bitcoin more valuable, given they’re less readily introduced to the overall pool of bitcoin. It’s as if you’re in the desert, and there is a pool of water that you could refill with a tap. That water is valuable, but less so since you can refill it whenever you want. But, with each halving, it’s like that tap is slowly being turned off, making the existing water more valuable

What Does Halving Do to the Price of Bitcoin?

What is the Date of the 2020 Bitcoin Halving?

The halving will occur on May 21, 2020, according to bitcoinblockhalf.com, which is 330 days from today.

The previous two halvings were also followed by bull runs on bitcoin about a year later. In 2012, the year of the first halving, bitcoin reached a then all time high of $1,000 by November of 2013. After the 2016 halving, bitcoin skyrocketed again to reach its now all time high of $20,089 on December 18th 2017. This was followed by a well documented crash in the price, but the price and number of transactions have slowly been climbing since late February.

Finally, an increase in price just makes sense due to supply and demand. As the supply of bitcoins inches towards its ultimate limit of 21 million, this causes them to be scarcer and therefore more valuable. This, coupled with the fact that awareness around bitcoin and cryptocurrencies more generally have increased dramatically over the last few years, mean that demand will likely continue to increase, thereby raising the price.