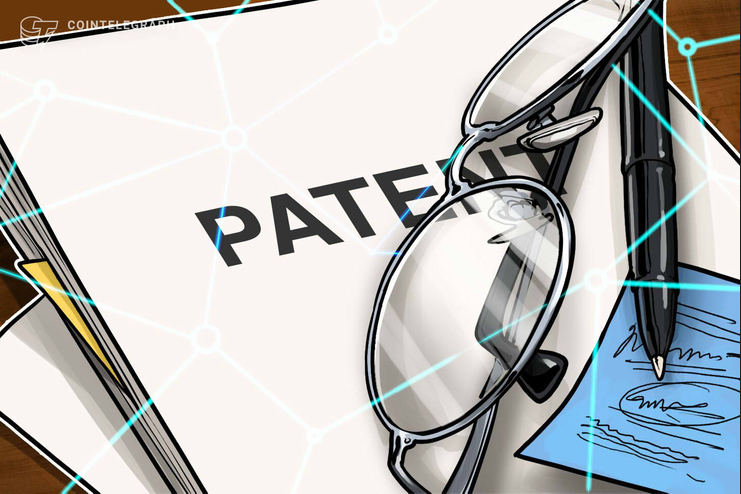 American retail giant Walmart has submitted a patent application for a drone communication system that is based on blockchain technology.

Walmart filed its patent with the United States Patent and Trademark Office (USPTO) on Aug. 1. The filing describes a system on a drone that encrypts and stores that drone’s operational parameters. That information is subsequently passed to another drone, which decrypts, reads and then configures to those parameters.

In essence, the vehicle-to-vehicle communication system between unmanned drones would relay messages, mesh communications networks and allow machines to be aware of each others’ location and bearing.

Walmart has been engaged in patenting blockchain solutions for drones since at least 2017. As previously reported by Cointelegraph, Walmart filed a patent application with the USPTO in May 2017 for a system of “Unmanned Aerial Delivery to Secure Location.”

Earlier this year, Walmart partnered with IBM and the American Food and Drug Administration to track pharmaceutical shipments with blockchain technology.

The retail giant has also made a foray into cryptocurrencies, having submitted another patent for its own blockchain-based digital currency earlier this month. 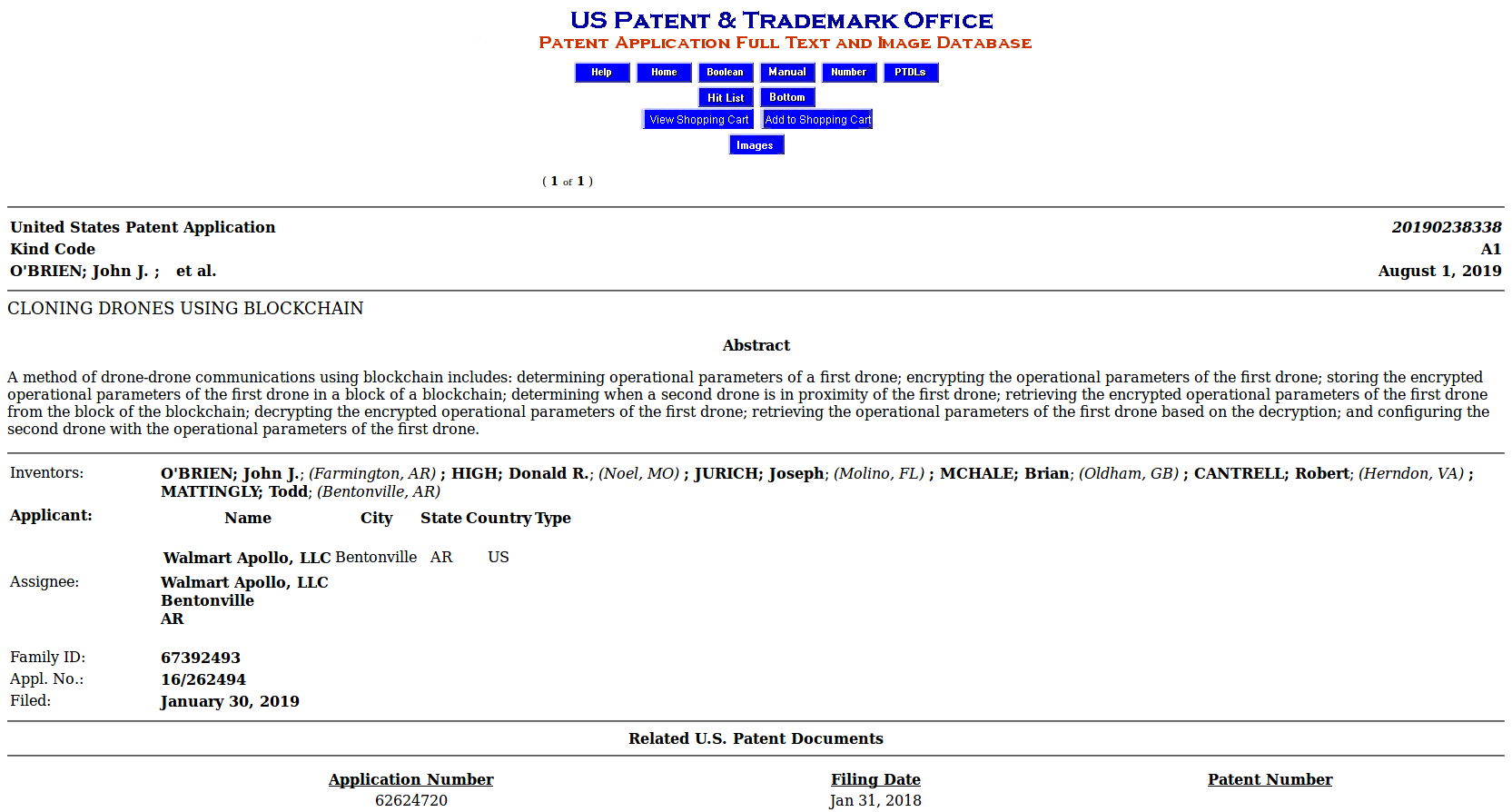 As previously reported by Cointelegraph, IBM also submitted a patent application with the USPTO in 2017 for a system that would secure drone communications by storing and sharing information via blockchain tech. In the filing, they suggested that validator nodes could offer special permissions, such as for determining whether a drone is allowed to fly in a given flight zone.