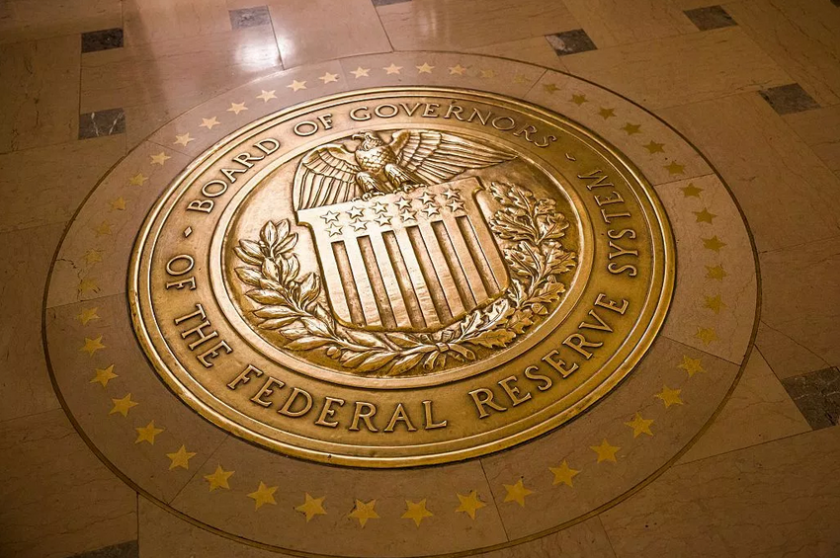 The Federal Reserve Bank announced today that it is developing a new service called FedNow that will allow all banks in the United States to offer 24/7 real-time payment services every day of the week. FedNow is expected to be available by 2023 or 2024 and will initially support transfers of up to $25,000.

FedNow will make managing budgets easier for many people and small businesses, but it also puts the Fed at loggerheads with big banks as a federal real-time payments system would compete with the one being developed by the Clearing House, which is owned by some of the world’s largest banks, including Capital One, Citibank, Wells Fargo, Bank of America, JP Morgan Chase and Deutsche Bank.

The Federal Reserve’s board of governors voted 4-1 to approve the proposal for FedNow, with its vice chair for supervision, Randal Quarles, casting the dissenting vote.

While Venmo, Zelle and other apps already allow users to transfer money instantly to one another, the Federal Reserve Bank described services like those as a “closed loop” because both parties need to be on the same platform in order to transfer money and they can only be linked to accounts from certain banks. On the other hand, FedNow will be a universal infrastructure, enabling all banks, including smaller ones, to provide real-time payments.

Furthermore, the traditional retail payment methods used for transferring funds not only creates frustrating delays, but can “result in a build-up of financial obligations between banks which, as faster payment usage grows, could present risks to the financial system, especially in times of stress,” the Federal Reserve Board said.

In an FAQ, the Federal Reserve Board explained that “there is a broad consensus within the U.S. payment community and among other stakeholders” that real-time payment services can have a “significant and positive impact on individuals and businesses throughout the country and on the broader U.S. economy.”

For example, real-time payments mean people living on tight budgets will have to rely less on costly check-cashing services and high-interest loans and will incur less overdraft and late fees. Small businesses will also benefit because they can avoid short-term loans with high-interest rates.

The proposal has gained the support of Google’s head of payments, Caesar Sengupta, and Democratic lawmakers including U.S. Senators Elizabeth Warren and Chris Van Hollen and Representatives Ayanna Pressley and Jesús García. 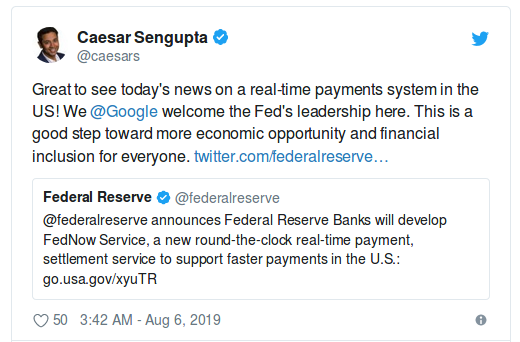 In a statement, Warren, who is campaigning for the Democratic presidential nomination, said, “I’m glad the Fed has finally taken action to ensure that people living paycheck-to-paycheck don’t have to wait up to five days for a check to clear so that they can pay their rent, cover child care, or pick up groceries. Today’s Fed action will also help small businesses by making payments from customers available more quickly. I look forward to working with the Fed to ensure a swift and smooth implementation of this system.”

Comments about FedNow will be accepted for 90 days after the proposal is published in the Federal Register.