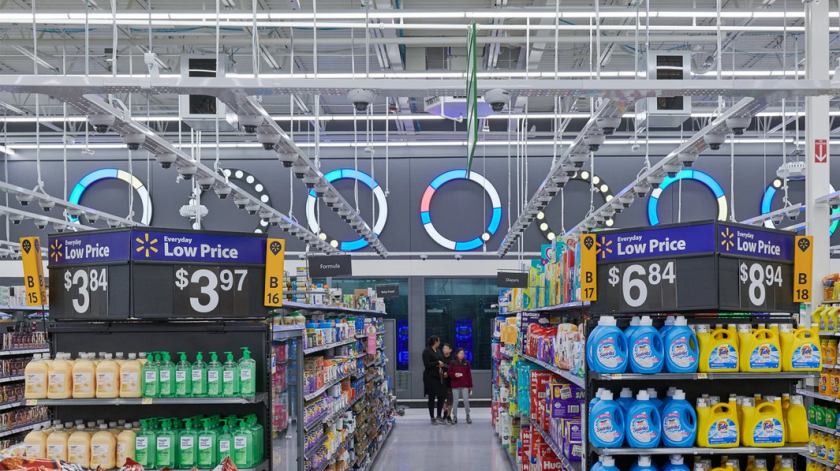 Walmart this morning unveiled a new “store of the future” and test grounds for emerging technologies, including AI-enabled cameras and interactive displays. The store, a working concept called the Intelligent Retail Lab — or “IRL” for short — operates out of a Walmart Neighborhood Market in Levittown, N.Y.

The store is open to customers and is one of Walmart’s busiest Neighborhood Market stores, containing more than 30,000 items, the retailer says, which allows it to test out technology in a real-world environment.

Similar to Amazon Go’s convenience stores, the store has a suite of cameras mounted in the ceiling. But unlike Amazon Go, which is a grab-and-go store with smaller square footage, Walmart’s IRL spans 50,000 square feet of retail space and is staffed by more than 100 employees.

Plus, in Walmart’s case, these AI-powered cameras are not being used to determine which items customers are buying in order to automatically charge them. It still has traditional checkout stations. Instead, the cameras will monitor inventory levels to determine, for example, if staff needs to bring out more meat from the back-room refrigerators to restock the shelves, or if some fresh items have been sitting too long on the shelf and need to be pulled.

The idea is that the AI will help the store associates know more precisely where and when to restock products. And this, in turn, means customers will know the produce and meat is always fresh and in stock when they arrive.

Using technology to do this is not simple, Walmart says. It means the automated system will need to be able to detect products on the shelf, recognize the exact product it sees (1 lb of ground beef versus 2 lbs., etc.), and then compare the quantities on the shelf to upcoming sales demand.

For store associates, the system allows them to stop constantly walking the store to replace inventory — instead, they’ll know what to bring out from the back room before the doors even open to customers that day.

The cameras and other sensors in the store pump out 1.6 TB of data per second, or the equivalent of three years’ worth of music, which necessitates a big data center on site. At the IRL store, it’s glass-encased, bathed in blue light and on display to the public.

This could seem a little intimidating — AI cameras and giant servers. But Walmart says the data is only stored for less than a week.

An interactive wall lets customers have fun with AI — it demonstrates how an AI system can estimate body positioning. But really it’s meant to make all this new technology seem less intimidating. 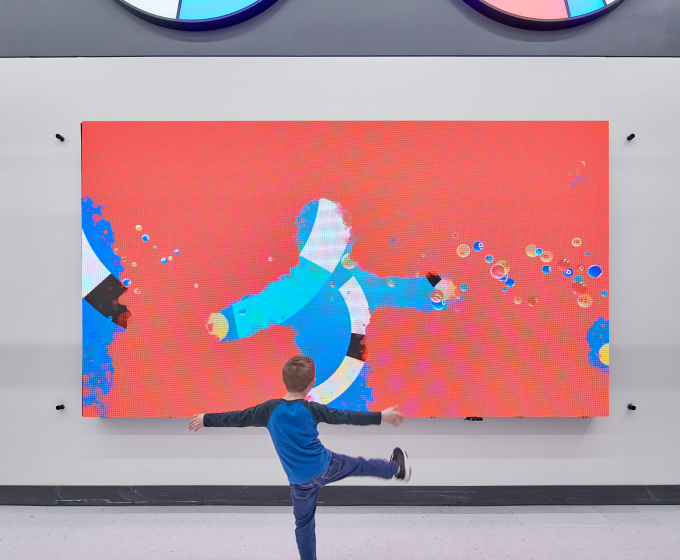 “Technology enables us to understand so much more – in real time – about our business,” says Mike Hanrahan, CEO of IRL. “When you combine all the information we’re gathering in IRL with Walmart’s 50-plus years of expertise in running stores, you can create really powerful experiences that improve the lives of both our customers and associates.”

There’s an interest at Walmart for using AI for more practical purposes in retail — and the CEO makes what is perhaps a veiled reference to Amazon Go, in a statement.

“You can’t be overly enamored with the shiny object element of AI,” Hanrahan said. “There are a lot of shiny objects out there that are doing things we think are unrealistic to scale and probably, long-term, not beneficial for the consumer.” 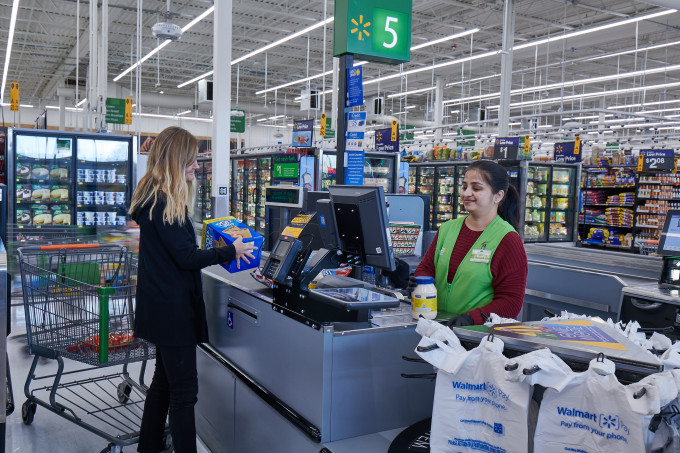 Instead of focusing on automated checkout solutions, the future concepts Walmart will test at IRL after meat inventory levels are using the AI system to ensure that there are shopping carts available at all times and that registers are open and staffed.

The company insists that the tech isn’t replacing jobs, but instead frees up staff to interact with customers. That’s the same claim it made as it rolled out more robots to its stores. But it’s hard to see how, over time, more efficiently run stores would require as many associates as they do now.

IRL is a concept designed by Walmart’s tech incubator Store No 8, which runs several ventures to test new ideas in retail. Earlier this year, it launched a startup that offers VR tours to enhance the shopping experience, and in 2017 it began testing a personal shopping service called Code Eight in NYC.