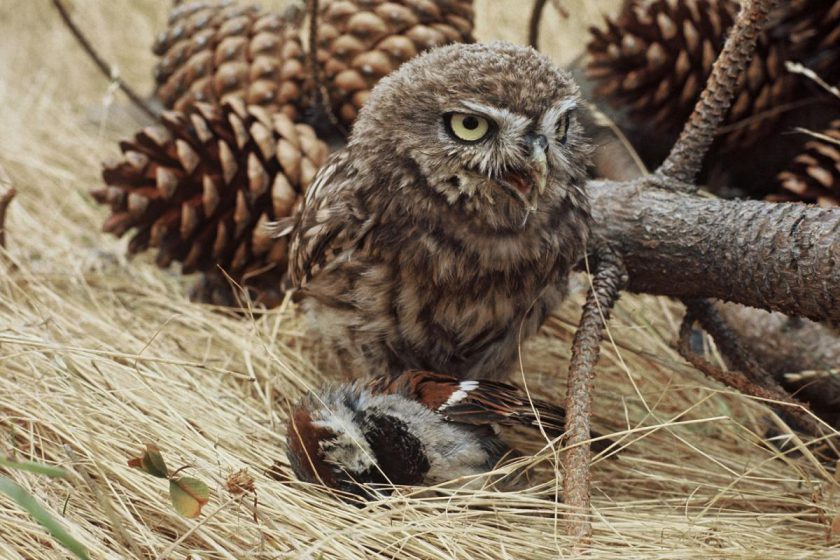 Artificial intelligence (abbreviated: AI or A.I.) is mainstream. It’s how Google ranks pages, Amazon knows what we like, bots like Siri chat, and computers play Chess and Go.
The AI landscape is crowded, so, how do we make sense of everything. How do we categorize the types of AI?

The definition of AI is “AI mimics human intelligence or behaviour.” With a definition this vague, it’s no wonder AI is a confusing topic.
We’ve already talked about robots, bots, codebots and a whole lot more on this blog; things that we commonly think about when we think “mimic + human intelligence/behaviour.”
But robots and bots are not intelligent. They are programmable entities that can carry out a series of tasks. And that’s it. They are automatons.
The important take away is this: the line between computer programs and AI is opaque. Mimicking a small slice of human intelligence/behaviour is relatively easy compared to mimicking all the bells and whistles. So, where does that leave us? What does artificial ‘intelligence’ actually look like?

What is Artificial Intelligence?

We can categorise AI in several ways, including:
Each one of these can help us make more sense of a crowded and confusing landscape.
In this article, I will explore how we can categorize AI by its intelligence. We will soon see there are 3 types of AI. These are ANI, AGI, and ASI. Narrow, general, and super artificial intelligence.

Example: RankBrain by Google and Siri by Apple

When an AI’s ability to mimic human intelligence and/or behaviour is isolated to a narrow range of parameters and contexts, it’s called ANI (also known as Weak AI or Narrow AI). All existing AI are ANI.

It’s important to keep in mind that we are talking about narrow intelligence, not low intelligence.
The AI that Google uses to rank pages is not stupid. It’s a sophisticated technology worth billions, but it can’t do much beyond rank pages. For example, it can’t write code. Something that only a codebot can do.

One way to expand the capabilities of an AI is to combine separate technologies. Let’s use Codebots as an example.
The Codebots platform is an ecosystem of individual codebots, including Lampbot and Javabot. These bots are hooked up to several technologies, including natural-language processing (NLP).
The codebots are in the background, interpreting models and instructions and turning these into code, and the chatbots are the interface through which this happens. The result is a platform that’s greater than the sum of its parts.
The codebots’ code, the chatbots’ chat, and humans’ pilot. Creating a team of ANI, as we do in Codebots, is an exciting step in AI research and development, ANI 2.0.

When an AI’s ability to mimic human intelligence and/or behaviour is indistinguishable from that of a human, it’s called AGI (also known as Strong AI or Deep AI).
Most experts believe AGI is possible; however, seeing as the Fujitsu-built K, one of the world’s fastest supercomputers, took 40 minutes to simulate a single second of neural activity, I wouldn’t hold my breath.

When an AI doesn’t mimic human intelligence and/or behaviour but surpasses it, it’s called ASI.
ASI is something we can only speculate about. It would surpass all humans at all things: maths, writing books about Orcs & Hobbits, prescribing medicine and much, much more.
But is it even possible?
To count as an ASI, the AI would have to be capable of things we believe humans will always be able to do better than bots, such as relationships and the arts.
Even optimistic experts believe AGI, let alone ASI, requires decades more research, perhaps even centuries.
So where does this leave us on the will Ai take over the world debate that’s in the news more and more (did you see Musk vs. Zuckerberg controversy!)? Are we on a (very, very slow) ticking time bomb?

Will an ‘evil’ ASI take over the world?

In his book Superintelligence, Nick Bostrom begins with “The Unfinished Fable of the Sparrows.”
Once upon a time, some sparrows decided they wanted a pet owl.
Most of the sparrows were quickly convinced that having a pet owl would be awesome; however, one skeptical sparrow voiced its concern, asking how they could control an owl.
Another sparrow replied that there wasn’t much point in worrying about how to control an owl until there was an owl to be controlled. And with that, most of the sparrows departed.
The remaining sparrows soon realised that learning how to tame an owl wouldn’t be easy, in no small part because they had no owls upon which to practice. But they pressed on as best they could because, at any moment, the other sparrows could return with an owl egg.
Elon Musk would argue that humans are the sparrows, in Bostrom’s metaphor, and ASI is the owl. As it was for the sparrows, the “control problem” is especially concerning because we may only get one chance at solving it.
The argument is that once an ‘evil’ superintelligence is developed, it will try to stymie any attempt we make at stopping it or changing its preferences. Mark Zuckerberg disagrees, saying the positives of AI overweigh the potential negatives.

Let’s dive a bit into Musk’s control problem using Codebots as an example.
A codebot can only create and edit external code, not its own internal code. This is one of our 5 unbreakable rules, and it’s why we side with Zuckerberg.
We take Musk’s concerns seriously which is why we have these rules. But, because we are vigilant, we are also optimistic about AI. As cool as a codebot is, all it can do it code (and help its human pilots spend less time coding and more time creating).

There are several types of Artificial intelligence: ANI, AGI, and ASI.
For now, AGI and ASI are Sci-Fi, and all existing AI is ANI (e.g. Googlebot).
One way that tech companies are discovering new boundaries in AI development is by combining multiple ANI together, as we do in Codebots. Codebots is a new breed of ANI –ANI 2.0– where several bots, and even several types of bots, work together with humans to create more.

Siri is designed to make life easier for humans by taking onboard some of the heavy lifting of everyday planning and research. Codebots is all about less time coding and more time creating, and we won’t be taking over the world anytime soon. (A big plus in our books.) There are 3 types of AI, but there’s only one goal. Less time working and more time living.
from: https://codebots.com/ai-powered-bots/the-3-types-of-ai-is-the-third-even-possible