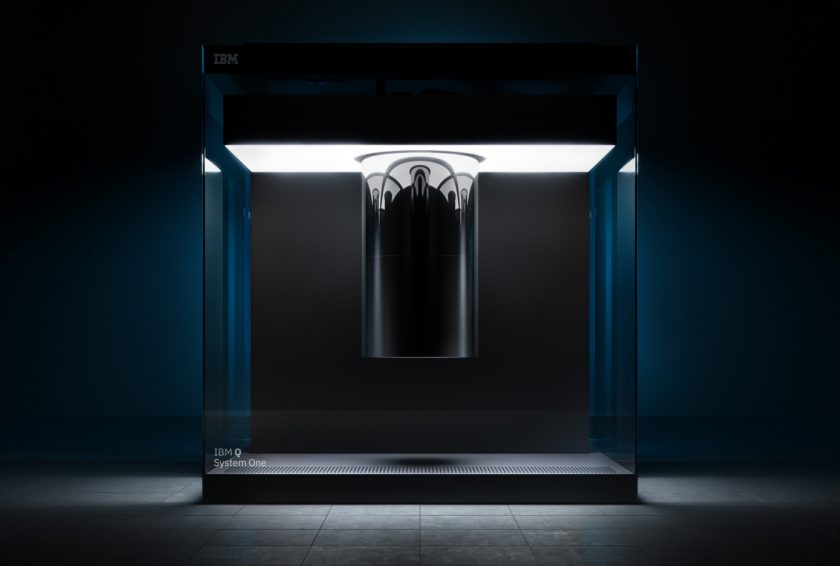 At CES, IBM today announced its first commercial quantum computer for use outside of the lab. The 20-qubit system combines into a single package the quantum and classical computing parts it takes to use a machine like this for research and business applications. That package, the IBM Q system, is still huge, of course, but it includes everything a company would need to get started with its quantum computing experiments, including all the machinery necessary to cool the quantum computing hardware. 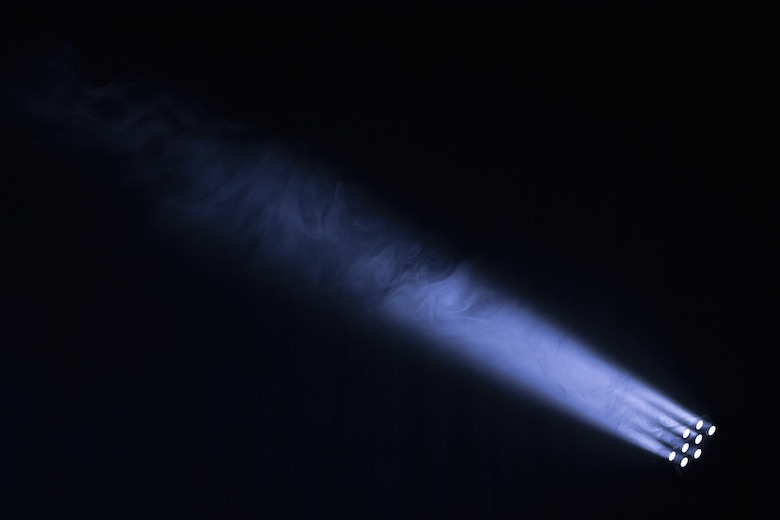 While IBM describes it as the first fully integrated universal quantum computing system designed for scientific and commercial use, it’s worth stressing that a 20-qubit machine is nowhere near powerful enough for most of the commercial applications that people envision for a quantum computer with more qubits — and qubits that are useful for more than 100 microseconds. It’s no surprise then, that IBM stresses that this is a first attempt and that the systems are “designed to one day tackle problems that are currently seen as too complex and exponential in nature for classical systems to handle.” Right now, we’re not quite there yet, but the company also notes that these systems are upgradable (and easy to maintain). 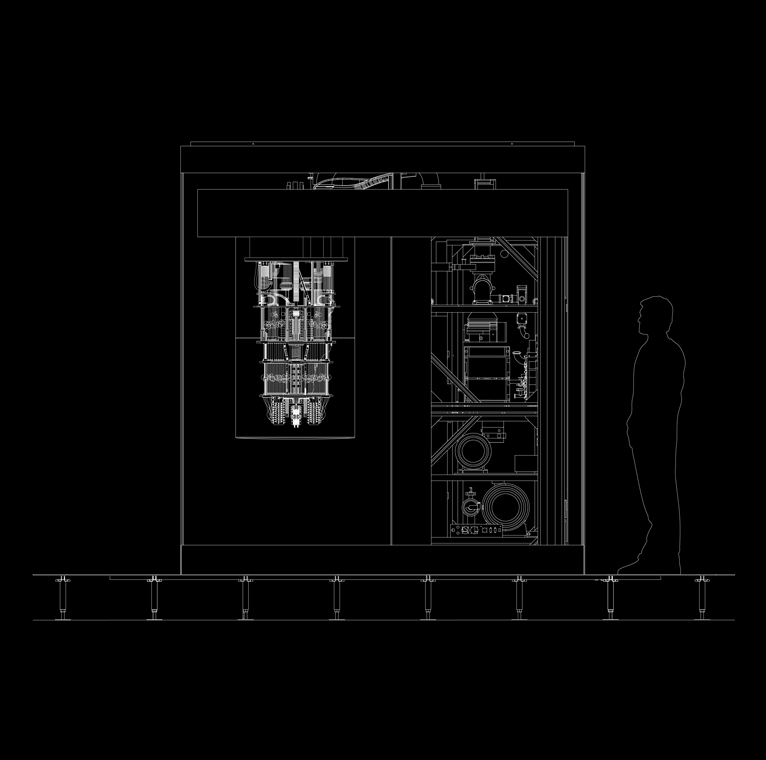 “The IBM Q System One is a major step forward in the commercialization of quantum computing,” said Arvind Krishna, senior vice president of Hybrid Cloud and director of IBM Research. “This new system is critical in expanding quantum computing beyond the walls of the research lab as we work to develop practical quantum applications for business and science.”

More than anything, though, IBM seems to be proud of the design of the Q systems. In a move that harkens back to Cray’s supercomputers with its expensive couches, IBM worked with design studios Map Project Office and Universal Design Studio, as well Goppion, the company that has built, among other things, the display cases that house the U.K.’s crown jewels and the Mona Lisa. IBM clearly thinks of the Q system as a piece of art and, indeed, the final result is quite stunning. It’s a nine-foot-tall and nine-foot-wide airtight box, with the quantum computing chandelier hanging in the middle, with all of the parts neatly hidden away.

If you want to buy yourself a quantum computer, you’ll have to work with IBM, though. It won’t be available with free two-day shipping on Amazon anytime soon.

In related news, IBM also announced the IBM Q Network, a partnership with ExxonMobil and research labs like CERN and Fermilab that aims to build a community that brings together the business and research interests to explore use cases for quantum computing. The organizations that partner with IBM will get access to its quantum software and cloud-based quantum computing systems. 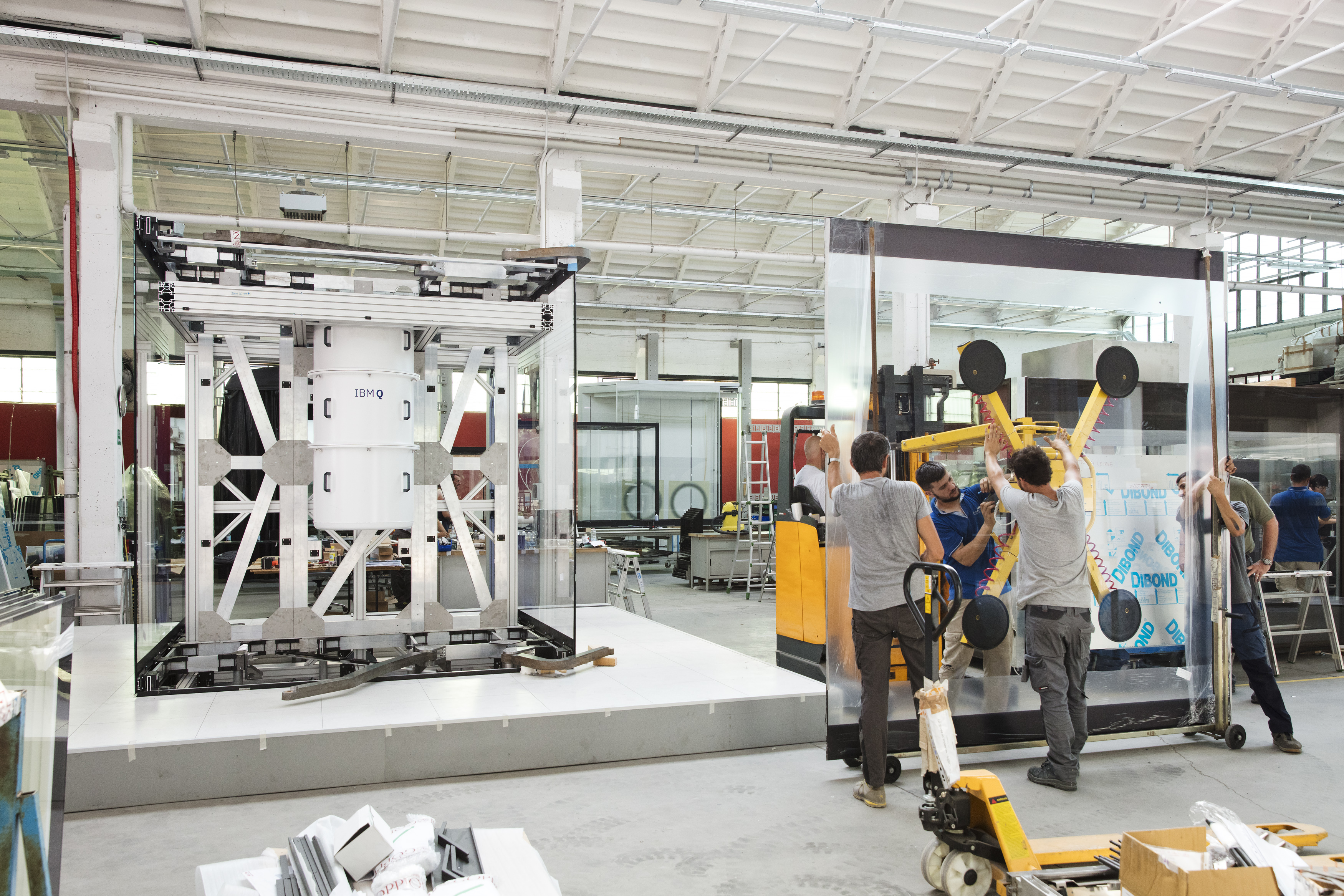