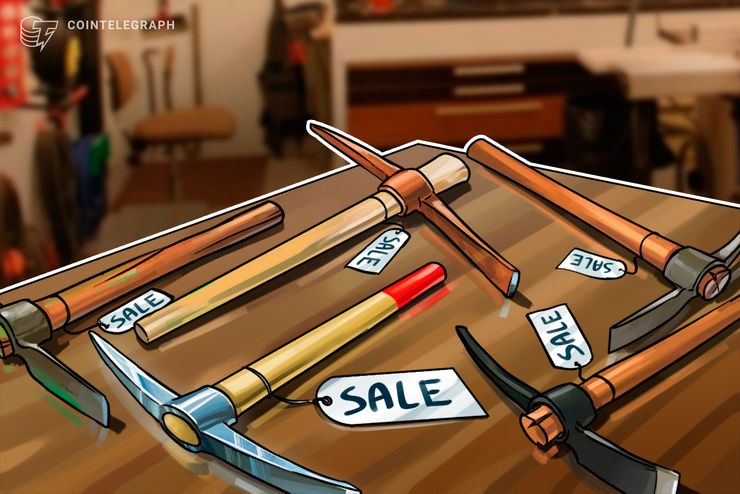 Cryptocurrency mining operations in China are reportedly selling mining machines by weight, as opposed to price per unit. This selloff was reported by local Chinese crypto outlet 8BTC Wednesday, Nov. 21, with reference to the cryptocurrency mining pool F2Pool.

Cryptocurrency markets experienced widespread decline throughout last week, with Bitcoin (BTC) declining to as low as $4,300 per coin.

The decline has resulted in a similar drop in mining profitability and forced Chinese operators to sell their mining devices at a loss, according to 8BTC. The news outlet has reported that the miners are being sold “by kilo,” citing a post made by the founder of F2Pool on the Weibo microblogging platform.

Crypto miners are reportedly especially eager to sell the older models, including Antminer S7, Antminer T9, and Avalon A741, as these have reached their “shutdown price.” According to local Chinese outlet Tencent News, the earnings from mining are no longer enough to cover electric power and other associated costs.

The market slump has reportedly affected mostly small and medium-sized mining operations in the Chinese regions of Xinjiang and Inner Mongolia. There, 8BTC reports, some mining machines are being sold on the second-hand market for merely 5 percent of their original value. A mining machine bought at a price of up to 20,000 yuan ($2,885) a year ago is reportedly currently sold for just 1,000 yuan ($144).

Bitcoin’s price has kept falling, along with the rest of the crypto market, since the hard fork network upgrade of Bitcoin Cash (BCH) that took place Nov. 15. The update has led cryptocurrency exchanges around the world to suspend BCH trading and withdrawals.

Earlier this month, Bitcoin mining giant Bitmain announced plans to reach out to local mining farms in the coal-rich province of Xinjiang, and deploy around 90,000 Antminer S9 devices in the region. Bitmain’s move is reported to be a strategic one in the computing “power war” associated with the BCH hard fork.

At press time, the crypto markets have calmed down, with most of the top ten cryptocurrencies seeing only mild losses. BTC has today hovered between $4,450 and $4,630.

In September, the CEO of F2Pool published an infographic that indicated that if Bitcoin price would reach lower than 36,792 Chinese yuan (about $5,376), mining the cryptocurrency with an Antminer T9 would become unprofitable. In the case of an S7 model miner, the break-even point amounted to a significantly higher Bitcoin price point of about 79,258 yuan (about $11,581). 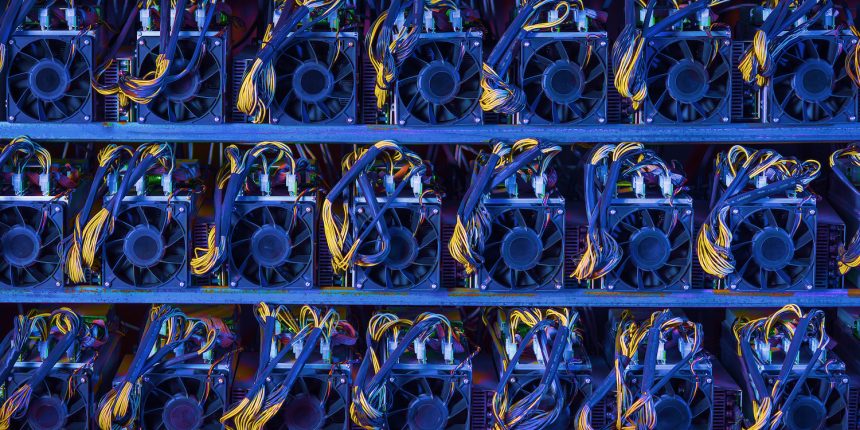 The firm lodged an amended voluntary petition at the bankruptcy court in the Eastern District of Washington on Thursday, stating the value of its assets as being between $10 million and $50 million, far higher than the previously stated $0–$50,000 range.

The admin of Giga Watt’s official customer support channel on Telegram, “Andrey,” said Friday, “50k is an error. Amendment done. Process of filing was in rush. Mistakes in that case happens.”

The firm’s estimated liabilities and number of creditors remain the same as in the previous petition, at $10 million–$50 million and 1–49, respectively.

Giga Watt filed for bankruptcy on Monday with millions of dollars still owed to creditors, including hundreds of thousands to two electricity providers. Its biggest 20 unsecured creditors have claims worth nearly $7 million, according to the firm.

The firm was launched by veteran bitcoin miner Dave Carlson in May 2017 and held an initial coin offering (ICO) the same month that raised about $22 million-worth of cryptocurrency at the time.

This January, however, a group of plaintiffs sued Giga Watt claiming it conducted an unregistered securities offering and seeking the return of their investments.

Carlson left the firm quietly in August, after a number of job layoffs, according to reports.

The company’s collapse comes as times are increasingly hard for miners. The price of bitcoin, for example, hit a 14-month low near $4,000 earlier this week, having peaked at almost $20,000 last December. And the market capitalization of the wider crypto markets fell to $136 billion earlier today, its lowest since Sept. 26, 2017, according to data from CoinMarketCap.