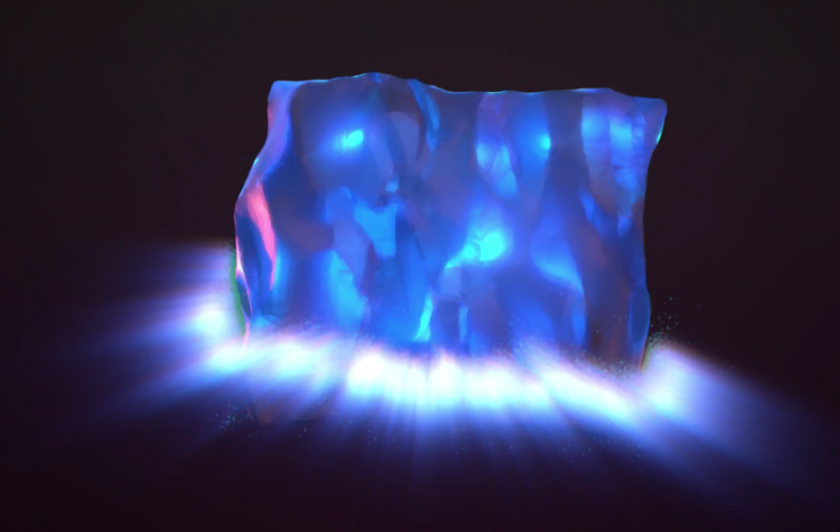 A ubiquitous quantum phenomenon has been detected in a large class of superconducting materials, fueling a growing belief among physicists that an unknown organizing principle governs the collective behavior of particles and determines how they spread energy and information. Understanding this organizing principle could be a key into “quantum strangeness at its deepest level,” said Subir Sachdev, a theorist at Harvard University who was not involved with the new experiments.

The findings, reported today in Nature Physics by a team working at the University of Sherbrooke in Canada and the National Laboratory for Intense Magnetic Fields (LNCMI) in France, indicate that electrons inside a variety of ceramic crystals called “cuprates” seem to dissipate energy as quickly as possible, apparently bumping up against a fundamental quantum speed limit. And past studies, especially a 2013 paper in Science, found that other exotic superconducting compounds — strontium ruthenates, pnictides, tetramethyltetrathiafulvalenes and more — also burn energy at what appears to be a maximum allowed rate.

Strikingly, this speed limit is linked to the numerical value of Planck’s constant, the fundamental quantity of quantum mechanics representing the smallest possible action that can be taken in nature.

“When you see that, you know you’re touching on something very, very deep and fundamental,” said Louis Taillefer, a condensed matter physicist at Sherbrooke, who conducted the new cuprate experiment with his graduate student Anaëlle Legros, Cyril Proust of LNCMI, and 13 collaborators.

Strange metals appear to dissipate energy as fast as the laws of quantum mechanics allow.

This energy-burning behavior occurs when the cuprates and other exotic compounds are in a “strange metal” phase, in which they resist the flow of electricity more than conventional metals. But when they’re cooled to a critical temperature, these strange metals transform into perfect, lossless conductors of electricity. Physicists have been struggling for 32 years to understand and control this powerful form of superconductivity, and the behavior of electrons in the preceding strange-metal phase is increasingly seen as a key part of the story.

“It’s really a major mystery,” said Sachdev, a leader in the field of condensed matter physics.

Exactly what electrons, the carriers of electricity, are doing in strange metals isn’t known. But experts hypothesize that they may be organizing themselves into a “maximally scrambled” quantum state, in which the properties of each electron depend on those of every other. This state of maximum scrambling might allow the electrons to scatter off one another and spread energy as quickly as the laws of quantum mechanics permit.

This scrambled state is quantum strangeness in the extreme, Sachdev said. In the 1930s, Albert Einstein bristled at the idea of two particles becoming entangled, with properties that stay interdependent even after the particles have traveled far apart. “Here we have entanglement of millions of electrons leading to a whole state of matter,” Sachdev said, “so we are really exploring the frontier of entanglement.”

An organizing principle could be a way in.

“The experiments point to a tantalizing universality across materials, one that would involve a deep idea in quantum mechanics and statistical mechanics,” said Sean Hartnoll, a theoretical physicist at Stanford University. The effort to pinpoint that deep idea has turned up surprising connections to black holes, gravity and quantum information theory.

In 1986, when Georg Bednorz and Alex Müller of IBM Research Zurich synthesized the first cuprate and discovered what’s known as “high-temperature superconductivity,” they noticed something strange about their revolutionary new crystal. As the duo cooled down their cuprate — this one made of lanthanum, barium, copper and oxygen atoms — toward its critical temperature, they observed that the crystal’s electrical resistance decreased linearly with the falling temperature, so that when plotted it formed a downward-trending straight line. For conventional materials, this relationship forms a more complicated curve.

At the time, this observation was overshadowed by the more dramatic result. Bednorz and Müller’s discovery of superconductivity at a higher critical temperature than was previously thought possible quickly won them the physics Nobel Prize and set off a fevered search for similar materials. “It was a pretty mad time,” said Joseph Orenstein, a physicist who was then at Bell Labs in New Jersey. “The place went crazy.”

Other labs soon discovered cuprates and other compounds that superconducted at even higher temperatures. Since then, physicists have dreamed of finding or synthesizing materials that superconduct electricity all the way up to room temperature. Such materials could make human electrical infrastructure vastly more efficient and could power magnetically levitating vehicles, revolutionizing the way we live.

But to create higher-temperature superconductors, physicists had to strengthen the glue that binds electrons together, allowing the electrons to effortlessly convey electric charge. The problem was, the researchers first had to figure out what that glue is. Theories proliferated, but the striking complexity of cuprates and other high-temperature superconductors confounded every attempt.

The straight line indicated the existence of “a beautiful, simple, robust law,” said Taillefer. “There has to be a simple, deep theoretical explanation.”

Starting in 1990, researchers began finding evidence of a quantum nature to the linear resistivity. That year, Orenstein and his colleagues at Bell Labs studied a cuprate called yttrium barium copper oxide and found that, like Bednorz and Müller’s sample, its electrical resistance dropped linearly as it was cooled toward its critical temperature. By using an alternating current, they were able to measure the rate at which electrons in the material scatter off each other, which is the source of resistance. They discovered that the new straight line representing the electron scattering rate as a function of temperature had a slope strikingly close to the fundamental constant ħ (pronounced “h-bar”), called the reduced Planck’s constant. In quantum mechanics, ħ represents, among other things, the smallest possible action, which is an amount of energy multiplied by an amount of time.

“At that time I thought it was interesting,” said Orenstein, who is now a professor at the University of California, Berkeley, and a senior scientist at Lawrence Berkeley National Laboratory, “but I didn’t realize that 30 years later it would still be a completely unexplained mystery that was being related to black holes and information theory.”

The 2013 Science paper and today’s Nature Physics findings show that the slope of the line relating electron scattering rate to temperature in strange metals is invariably the same: ħ.

In 2004, the Dutch theorist Jan Zaanen gave this curious phenomenon a name: Planckian dissipation. He argued in a Nature News & Views article that electrons in these materials, and in other exotic states of matter sometimes referred to as “quantum soup,” are all reaching a fundamental quantum speed limit on how fast they can dissipate energy.

“If you’re on a freeway and all the cars are going at the same speed, it’s not because their engines are identical; it’s just because there’s a speed limit,” Hartnoll said.

To understand why electrons in strange metals push up against the putative speed limit, theorists want to figure out where it comes from. The best argument traces the speed limit to the uncertainty principle, the famous formula introduced by Werner Heisenberg in 1927 that puts an upper limit on the amount of certainty that you can have about the world — or, equivalently, on the amount of definiteness the world itself possesses. This upper limit is determined by ħ.

Conceived and approximated by Max Planck in 1900 and later put in reduced form by Paul Dirac, ħ shows up all over quantum theory. Its extremely small value, now known with high precision, represents the quantum unit of action, but in addition, as Heisenberg showed, ħ is the quantum unit of uncertainty: an inescapable, base-level fuzziness in nature. The fuzziness appears when you try measuring two things at once: the position and momentum of a particle, for instance, or how much energy it possesses and for how long. In other words, position and momentum can’t both be defined to greater accuracy than ħ; nor can energy and time. The better you know one, the less certain the other.

The hypothesis is that electrons in strange metals might be “dissipating as quickly as they can consistent with the uncertainty principle,” Hartnoll explained. The electrons possess an amount of energy that’s proportional to the temperature of the strange metal, and dissipation is a process that takes a certain amount of time. Time and energy can’t both be defined to arbitrary precision because of the uncertainty principle, Hartnoll said, so it’s possible that Planckian dissipation arises “when the dissipation time is as fast as it can be.”

It’s only a rough sketch, he admits. He and other theorists want to prove the quantum bound more rigorously, which might help clarify why hordes of electrons in materials like cuprates so naturally reach it.

For the last few years, Hartnoll, Sachdev and other theorists have been attacking the problem using a surprising “holographic duality” that mathematically connects systems of scrambled quantum particles, like those in strange metals, to imaginary black holes in one higher dimension. (The black hole pops out of the particle system like a hologram.) Remarkably, physicists find that black holes — incredibly dense, spherical objects whose gravity is so strong that not even light can escape — do the equivalent of Planckian dissipation, reaching a bound on how fast they can possibly scramble information that falls into them. In other words, black holes and strange metals go to extremes in some common way. The holographic duality is enabling the researchers to translate properties of black holes into dual properties of the scrambled-particle systems. They hope this will reveal what electrons are doing in strange metals, what happens in the competing superconducting phase, and potentially how to tip the balance between the two, extending superconductivity to higher temperatures.

As they study the behavior of scrambled electrons using the holographic duality and other methods, researchers are gaining a sense of progress and partial insight. Some feel that the field is on a cusp of a conceptual breakthrough.  Hartnoll said of the Planckian dissipation phenomenon, “I think it may be understood soon.”