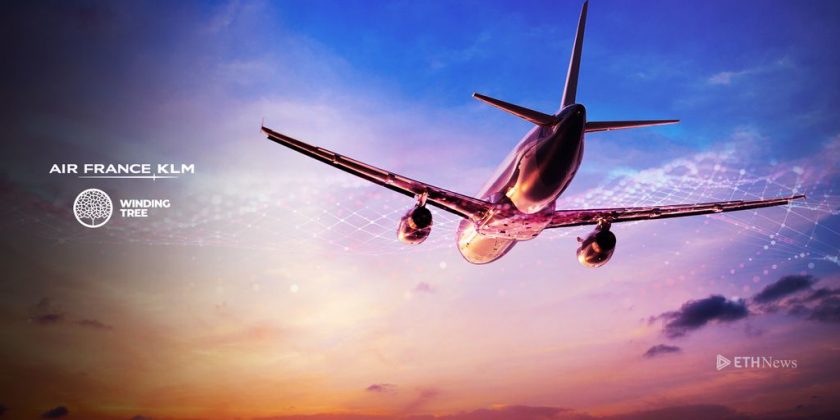 It is just some Ethereum-derivative, not actual Blockchain technology –
but it does indicate the major shift from middlemen to a different consensus model in business.

On Wednesday, October 3, one of the world’s largest airlines, Air France-KLM, announced its partnership with Winding Tree, a “blockchain-powered decentralized travel ecosystem.” Through this agreement, the airline aims to provide customers with “more advantageous travel offer[s],” such as a wide range of flight and hotel options, as well as travel solutions to better suit customers’ needs.

Air France-KLM asserts that travel suppliers would profit from blockchain technology because fewer intermediaries, such as travel agencies and tourism package distributors, would be required.

Sonia Barrière, executive vice president of strategy and innovation at Air France-KLM, expressed her enthusiasm for the partnership:

“Air France-KLM is constantly creating the future of travel and devising solutions to make the travel experience easier and more personalized. With blockchain technology, we aim to revolutionize exchanges within the travel industry for our customers, companies and start-ups.”

Although the company has not identified specific projects in the pipeline, Barrière said that it is one of the first airlines to work with Winding Tree on blockchain-based travel solutions. Air France-KLM will also test Winding Tree’s technological developments and provide the organization with feedback.

Speaking more broadly, the travel industry is no stranger to blockchain technology. In July, Singapore Airlines launched a blockchain-based digital wallet as part of the company’s loyalty program. With this wallet, customers can accrue air miles to use at partner merchants across Singapore.

In August, Russia’s Siberian Airlines announced it had developed a blockchain-based system in partnership with Gazpromneft-Aero, an arm of the energy company Gazprom. This system reportedly improves the speed and efficiency of the aviation refueling process.