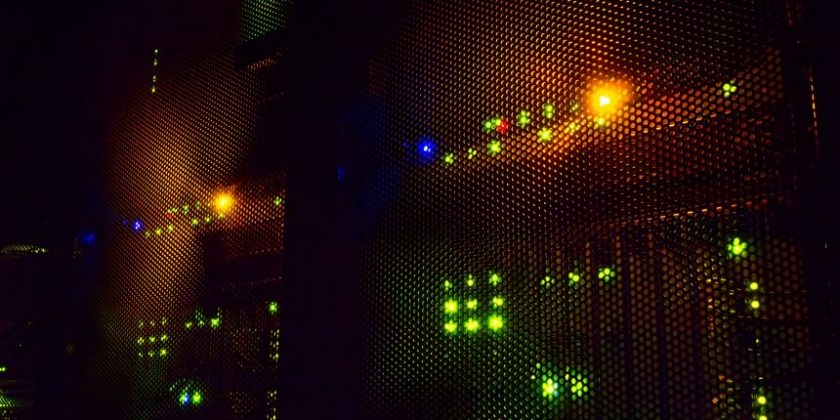 “I don’t know if [ethereum] will or will not switch to proof-of-stake. Proof-of-stake has a lot of problems.”
Several mining companies have invested millions in building specialized mining chips for ethereum,
machinery that will only function as long as the network pays out new cryptocurrency
to those who dedicate computing hardware to the effort.

What if ethereum never switches its core consensus algorithm?

It’s an idea that may sound blasphemous to developers building the world’s second-largest blockchain, where plans have long been laid for a transition away from bitcoin’s proof-of-work model to a more egalitarian alternative. Yet, entrepreneurs appear to be betting that between now and that bright future, a small fortune might be waiting.

Already, several mining companies have invested millions in building specialized mining chips for ethereum, machinery that will only function as long as the network pays out new cryptocurrency to those who dedicate computing hardware to the effort.

One such investor is Chen Min, CEO and founder of Linzhi, a Shenzhen-based, startup that has spent $4 million in pursuit of designing the fastest specialized mining chip, or ASIC, for ethereum. An industry veteran, Chen was previously the lead ASIC designer at Canaan Creative, one of three (largely bitcoin-focused) mining firms that have dominated the production of crypto hardware over the last decade.

However, she’s since departed to try her hand in making machinery for ethereum, already investing amply in the goal.

“The cost to get to first silicon and sample machines is roughly $4 million. Additionally we have our ongoing cost of operations, salaries, office, which are all modest, lean and efficient,” Chen said.

But Chen isn’t too concerned.

“I don’t know if [ethereum] will or will not switch to proof-of-stake,” she told CoinDesk. “Proof-of-stake has a lot of problems.”

Evidence exists that Linzhi isn’t alone in this position. As detailed in CoinDesk, mining giant Bitmain released its ethereum miner, the Antminer E3, back in March, while Innosocilion announced three ethereum miners in July.

While Chen recognizes the inherent risk of introducing an ASIC in such an unpredictable environment, she told CoinDesk:

“The information is open, we are not hiding that risk. Our customer can decide to buy or not.”

Also backing Chen’s conviction is the idea that proof-of-work is simply a better system for managing the distribution of cryptocurrency rewards. In this way, Chen described a possible proof-of-stake switch as “not a smart thing.”

But there’s other risks facing ASIC mining on ethereum as well.

At a core developer call last week, the engineers behind ProgPoW – a proposal that would change the code to only allow GPU miners as an alternative to ASICs were in attendance. Though still in the proposal stage, if executed, ProgPoW would effectively disable ASICs from mining on ethereum – and momentum is building toward the implementation.

Chen, however, argued that such ideas are little more than knee-jerk reactions, ones that don’t actually provide solutions to some of the concerns about how ether rewards are distributed in the community at large.

“ProgPoW is being pushed by large farms that have not disclosed their real intentions,” Chen said, adding:

“The fear of Bitmain is driving the [ethereum] community into the arms of some very powerful well-funded farms that they don’t even know about.”

Kristy-Leigh Minehan, a leading developer behind the ProgPoW switch, pushed back against this claim, arguing that “large-scale GPU farms don’t really exist.” In a sense, Minehan is making the case that GPUs can promote a larger number of participants in securing ethereum, something she argues ASICs, due to their cost and operational requirements, cannot.

More broadly, the push for ProgPoW is typical of what has been termed crypto’s “war on miners,” in which several cryptocurrencies have moved to remove ASIC hardware manufacturers from their respective networks.

Yet according to Chen, much of the conversation about removing ASICs from ethereum lacks an awareness of the kind of advantages specialized hardware can bring to a cryptocurrency project.

“Our chip is optimized, specialized for ethereum, not only for mining, but also for verification and node operation, so I’m very curious about why people think it is wrong,” Chen told CoinDesk.

Pointing to scaling challenges faced by ethereum, Chen theorized that advancements in mining hardware could even help ethereum overcome its current concerns about scaling to more people and more transactions.

“[Ethereum] is still so far away from the traditional banking system. I think hardware can contribute,” she said.

In her mind, because ASICs will be able to mine ethereum faster and more efficiently, they will be able to process more transactions at a faster pace. “If we have a fast enough physical layer,” the community won’t have to rely on complex software scaling solutions, such as sharding, she argued.

Chen depicted Linzhi as deeply interested in participating in and assisting with the improvement of the ethereum protocol.

Indeed, pointing to a recent proposal by ethereum founder Vitalik Buterin that offers a scaling method based on hardware running zk-snarks, Chen said that Linzhi would be capable of producing such hardware in the future, although it’s not on their roadmap.

All in all, it’s the latest sign that a larger argument is being had about how ethereum will secure its $22 billion blockchain. However, that argument may not break from the original roadmap anytime soon.

Speaking to CoinDesk, Hudson Jameson, a communications officers for the Ethereum Foundation, said he was unaware of any ASIC advocates in the ethereum developer community who might protest the plan to switch to proof-of-stake.

Much of the movement stems from the idea that the presence of ASICs optimized to only run one particular algorithm could interfere with a smooth transition to proof-of-stake, now dubbed “Shasper” due to its fusion with scaling method, sharding.

“That’s the entire reason ProgPoW was created: to ensure [ethereum] could transition safely over to [proof-of-stake] without larger parties like Bitmain manipulating the coin and the price,” Minehan told CoinDesk.

Still, Chen didn’t express too much concern in this regard, emphasizing that such efforts are still very much within “the proposal state.”

Irrespective, Chen urged that in the event of ProgPoW or proof-of-stake, Linzhi will switch to mining ethereum classic, a rival ethereum platform that split away from the blockchain in 2016, and that traditionally been more friendly to ASIC hardware.

“We would like to reduce the power consumed to secure [ethereum], but if they want to stick with wasteful GPUs run by two companies and powerful secret farming concerns, then we will just press on with [ethereum classic].”