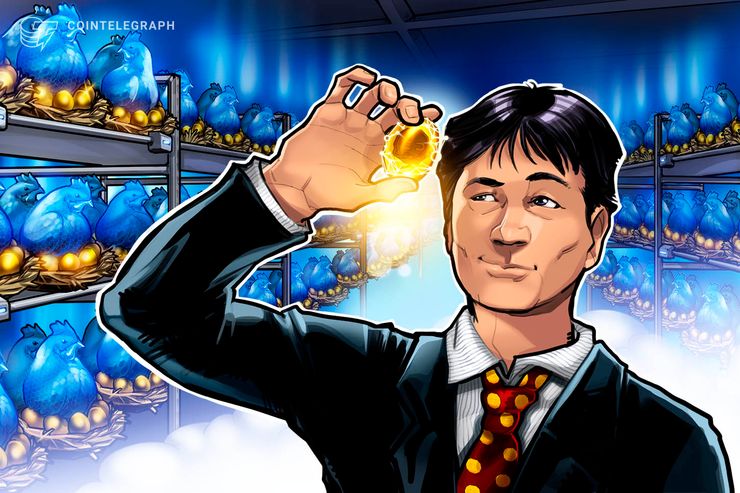 An Application-Specific Integrated Circuit (ASIC) chip is a piece of tailored mining hardware geared to mine cryptocurrency based on a specific hashing algorithm.

According to Wu, Bitmain has now started to mass produce the chip and plans to integrate it into its next-generation Antminer machines.

The new “acceleration” ASIC chip is said to use an SHA256 algorithm and is based on a highly-advanced semiconductor manufacturing technology, 7nm (nanometer) Finfet. It reportedly integrates “more than a billion transistors,” using a special circuit structure and low power-intensive technology to optimize efficiency. According to CEO Wu, tests have shown the chip “can achieve a ratio of energy consumption to the mining capacity that is as low as 42J/T.”

Wu emphasized that as the industry matures, “exponential growth” in blockchain user traffic means that ever-greater processing power will be required to keep pace. He predicted that bleeding-edge computing technology development will also need to be integrated with blockchain to address the challenges facing the burgeoning industry.

Just yesterday, Bitcoin mining software manufacturer Bitfury Group unveiled its own [14nm] ASIC chip dubbed Bitfury Clarke, which the firm plans to integrate into a range of hardware, including its mining servers.

In July, Cointelegraph reported that bearish crypto markets had negatively impacted the sale of ASIC chips, with a predicted price drop of 20 percent that month. The affected graphics card suppliers including the Taiwan Semiconductor Manufacturing Company (TSMC), as well as its integrated circuit (IC) design service partners like Global Unichip.