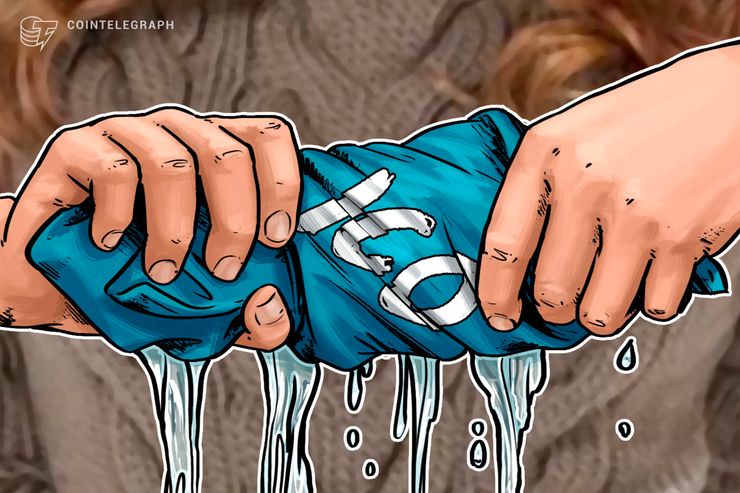 Funding for Initial Coin Offerings (ICOs) has seen its hardest slump in 16 months, Bloomberg reported September 10. Analysis from Autonomous Research shows that in August, startups raised $326 million, which is the smallest amount since May 2017.

According to Autonomous Research, Ethereum (ETH) blockchain-based ICOs have been recognized as the spark for the ETH price surge in 2017. However, they are currently the purported reason for the currency’s price slide, as some projects cash out to cover expenses amid concerns over a bearish market.

The new analysis comes as legislators and regulators globally express concern regarding ICOs. Last week, Members of the European Parliament along with blockchain experts discussed possible regulations for ICOs. One member pointed to the “dramatic increase” of ICO volumes in 2018, despite the increasing number of reports on fraudulent ICO projects.

Peter Kerstens, chairman of the the European Commission’s Taskforce on Fintech, said that the fact that ICO tokens are not “intermediated,” which means there is no third party between issuers and investors, is the main point of concern from a regulatory perspective.

A recent report from Belgian think tank Bruegel presented last week calls for unified E.U.-level legislation on cryptocurrencies, ICOs, and more scrutiny on how crypto is distributed to investors. Bruegel reportedly notes that the virtual nature of cryptocurrencies limits the development of regulations, while entities operating crypto trading platforms could face stricter disclosure rules, even a potential ban.

The Australian Securities and Investments Commission (ASIC) revealed plans to increase scrutiny of cryptocurrency exchanges and ICOs in its “Corporate Plan” published last week. Specifically, the agency plans to ensure any “threats of harm” from the nascent industry are mitigated as part of its regulatory remit. 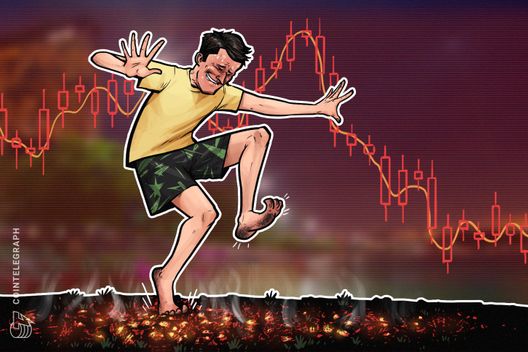 Crypto markets drop sharply, Bitcoin plunges $200 down within a few hours, Ethereum is below $200 again

Crypto markets have seen a sharp decline today, September 18, with Bitcoin (BTC) down $200 and market cap dropping as low as $192 billion within a few hours. As of press time, 93 out of 100 top cryptocurrencies by market capitalization are in the red, while losses among the top 20 coins reach over 10 percent, according to CoinMarketCap.

Bitcoin (BTC) is down around 3.5 percent over the past 24 hours, having failed to hold the $6,500 support, with its price dropping by almost $200 within five hours. At press time, the major cryptocurrency is trading at $6,283.

Ethereum (ETH) has suffered the most losses among the top 10 coins by market cap, down almost 11 percent over the 24 hour period, dipping below the $200 price point within an hour. The top altcoin is trading at $197 as of press time, losing its weekly gains, down around 0.6 percent over the past 7 days.

Total market cap has again dipped below $200 billion, currently amounting to $192 billion after an intraday high over $204 billion.

Bitcoin’s dominance as a percentage of market capitalization has seen a rise from 55.5 percent to 56.4 at press time.

Recently, senior Dubai law enforcement official Lt. General Dhahi Khalfan Tamim suggested that digital currencies will “soon” replace cash, claiming that the only obstacle to the mainstream adoption of the industry are lack of public awareness as well as crime prevention policies.

With that, Ripple’s head of regulatory relations for Asia-Pacific and the Middle East stated today that crypto assets and blockchain technology are now being addressed in a more holistic manner by global policymakers.