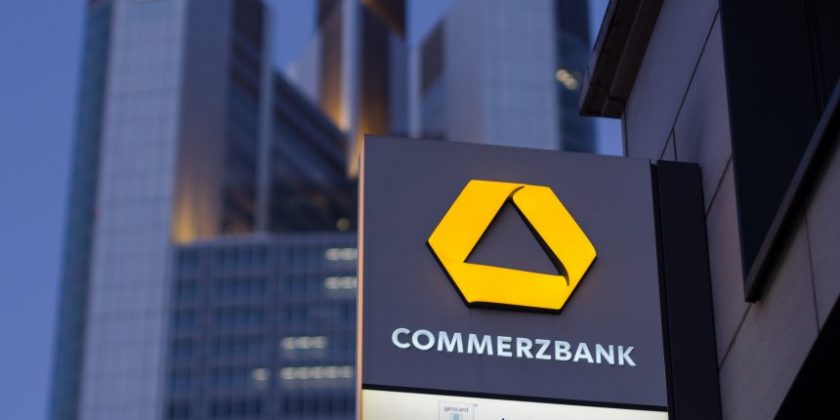 With a plethora of business blockchains vying for prominence, banks are under increasing pressure to pick a winner – after all, without network effects, surely the benefits would be lost?

While that might be conventional wisdom, Commerzbank AG, one of Germany’s largest financial institutions, is taking a different tack. Rather than choose one protocol on which to build proofs-of-concept, it’s chosen five.

It started out a few years ago building on MultiChain, before adding BigChainDB to its development process. Since then it has joined three consortia: Hyperledger, R3 and, as the company revealed this week, the Enterprise Ethereum Alliance (EEA).

But the strategy is not about building a broad base of knowledge or “hedging one’s bets.” Nor is it about employing a scattershot approach in the assumption that, the more platforms you work on, the more likely it is that you pick the “right” one.

Rather, according to the company, it’s about a firmly-held belief that the future of blockchains is interconnectivity.

The advantages of this pluralist approach are likely to become more apparent, given the increasingly interconnected use cases of supply chains, cross-border payments and others, especially as the technology evolves and trials become more collaborative.

For instance, Commerzbank, as one of the largest trade finance houses in Europe, has participated in the development of two trade finance-focused blockchain proofs-of-concept – the Batavia platform based on Hyperledger Fabric and Marco Polo, which is based on R3’s Corda.

But rather than see the multi-platform approach as a dilution of its efforts, the bank sees it as future-proofing the investment, as well as an expansion and strengthening of Commerzbank’s expertise as it applies to new technologies.

But this ecumenical approach to blockchain networks isn’t the only way in which Commerzbank is further departing from standard enterprise blockchain practice.

In spite of the expense of working on several protocols at the same time, Commerzbank made the decision early on to keep platform development in-house.

Jörg Hessenmüller, head of development and strategy for Commerzbank, explained:

“It’s not enough that we have a bunch of consultants telling us what is the latest in blockchain – we need to have our own skin in the game.”

The company’s blockchain lab has 23 developers, up from five a few years ago, and is working on increasing that number, in part to be able to add new protocols to its portfolio.

According to Kammerer, the decision of which platforms to add will depend on the use case. And some of the criteria choose a protocol based on include: its permission restrictions, consensus mechanism, scalability, whether or not it can develop smart contracts, the degree of decentralization and the other players involved the specific use case, he said.

“There is not one silver bullet blockchain that is good for all future use cases,” he explained. “We think of a specific use case, and go for the best blockchain for that.”

Commerzbank normally aims to have 10 active use cases on the go at any given time, Hammerer continued, and the list of blockchains his team is working on reflects those needs.

“The biggest challenge,” he said, “is getting trained on the specific platforms of technology.”

To deepen its knowledge of Corda, for example, the company went as far as embedding developers in the open-source Corda team at R3.

While Commerzbank may be a blockchain maverick among banks, it wants to make sure that the technologies it picks will connect it not only with other financial institutions but with enterprises in a variety of sectors someday.

This mission was reflected in its decision to join the EEA. A consortium comprised of more than 500 startups, financial institutions, large corporations, universities, public bodies and even central banks, the EEA was formed in early 2017 to develop standards and other tools for business applications of the ethereum protocol.

Rather than focus on applications for a specific sector, the EEA’s objective is to support development and interconnectivity of private versions of one particular blockchain across a wide range of sectors and use cases.

“While Corda, for example, was built to meet the requirements of the financial services industry, we needed to find further solutions more focused on cross-industry collaborations, like the Enterprise Ethereum Alliance,” Kammerer explained, adding:

“We joined to enhance our cross-industry cooperation.”

And that cooperation even extends into the concept of central bank cryptocurrencies – even though the possibility of disintermediation from this technology is generally seen as an existential threat to most commercial banks.

Hessenmüller, however, was candid about his, and more broadly Commerzbank’s, openness to the idea.

He believes that central bank money on a blockchain is not only a likely outcome, but a crucial missing ingredient for making blockchain applications more useful for everyone involved.

Speaking to that, Hessenmüller said, “We need to find a solution that includes money transfer in the ledger, backed and controlled by central banks. This will not happen tomorrow – but several central banks are seriously investigating this topic, and it could be one of the game changers.”