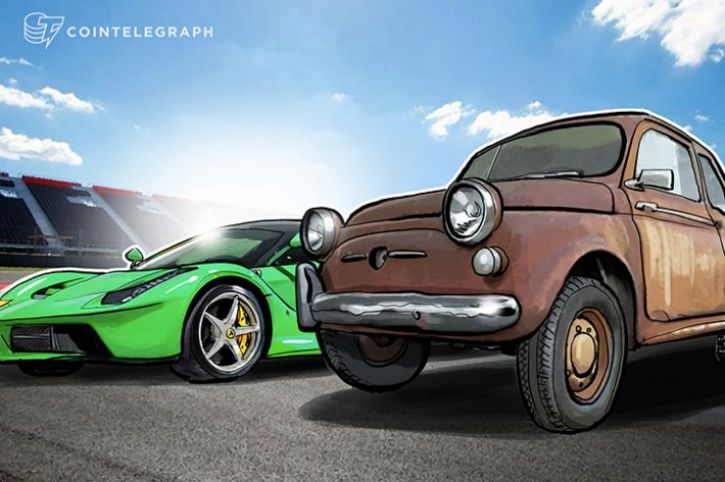 Dubai’s Roads and Transport Authority (RTA) has announced plans to launch a Blockchain-based vehicle lifecycle management system in 2020 that would provide customers with a history of their vehicle from “the manufacturer all the way to the scrap yard,” local news outlet Arabian Business reported yesterday, Feb. 27.

The Blockchain project, formed in connection with the Dubai 10x initiative, would show a transparent record of where each vehicle is at any moment of its life cycle. The initiative plans to begin by covering all cars in Dubai before expanding to all cars in the United Arab Emirates (UAE).

The Dubai 10x was launched last year at the World Government Summit by Sheikh Hamdan bin Mohammed bin Rashid Al Maktoum, the Crown Prince of Dubai, and the chairman of the Dubai Executive Council. Its website states that it aims to “embrace disruptive innovation as a fundamental mantra of their operations and to seek ways to incorporate its methodologies in all aspects of their work.”

According to Mattar Al Tayer, the chairman and executive director of the RTA, this vehicle lifecycle management system will be the world’s first government platform that can provide a genuine record of a vehicle’s history:

Arabian Business reports that the project will take on IBM as strategic formulation consultant, and future partners will include “Dubai Customs, Dubai Police, the Dubai Department of Economic Development, the Emirates Authority For Standardization and Metrology, Emirates ID, and the Ministry of Interior.”

This vehicle lifestyle Blockchain initiative falls in line with Dubai’s goal to become the first Blockchain government by 2020. In October of last year, Dubai announced that it would release its own cryptocurrency, emCash, through its local government. Also in October, Dubai hosted its first government-backed training program for Ethereum Blockchain developers in collaboration with a Brooklyn-based Blockchain company.

However, both Dubai and the United Arab Emirates also released several warnings last fall to the public about the risks of Initial Coin Offerings (ICO) and the use of cryptocurrencies as legal payment, due to their anonymity and potential use for nefarious purposes.