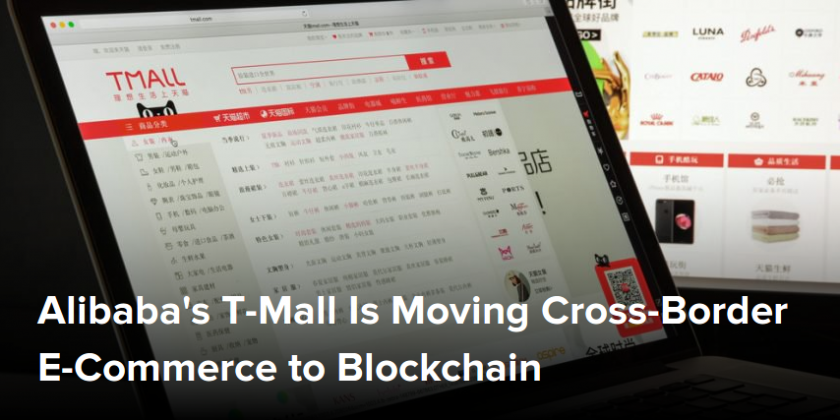 According to a report by China’s news agency Xinhua Wednesday, the partnership aims to move information on goods for import and export onto a blockchain that can then track their country of origin, shipping port and method, arrival port as and customs report details.

The new launch comes as Cainiao, of which Alibaba is an investor, is doubling down on its belief that blockchain has a significant potential to be adopted for cross-border e-commerce.

To that end, the partnership claims Chinese consumers from various cities covered by Cainiao, including Shanghai, Guangzhou and Shenzhen, will be able to track the blockchain-based logistic information for some 30,000 goods from 50 countries through the e-commerce’s mobile application.

The partnership also marks the latest move by Alibaba to improve consumer confidence in the battle against counterfeit products.