GMO Internet, a publicly listed IT firm in Japan, has officially launched its cryptocurrency mining operation.

The mining unit was previously unveiled in September, with a goal of going live with it in the first quarter of 2018. GMO has pursued a number of cryptocurrency-related business lines in the past year, including an exchange platform it opened in the spring and a bitcoin-focused payroll service unveiled earlier this month.

According to today’s announcement, the new facility is based in northern Europe. And while the firm declined to name its exact location, GMO indicated that the mine will draw electricity from geothermal and hydropower sources. As reported earlier, the mining facility will be equipped with a computing power at 500 petahashes per second (PH/s).

“The cryptocurrency mining business will use existing technology to mine from facilities (mining centers) in Northern Europe. GMO Internet will increase the size of the operation in phases, expanding the business,” GMO said in its statement.

The announcement also confirms previously suggested plans to develop a cloud mining service, through which it would sell excess hashing power and the associated rewards (when a new block is added to a blockchain by a miner, that miner receives new coins in return) to consumers.

GMO also appears to be taking a bullish approach to its mining business in the long-term.

For example, the publicly traded firm plans to begin upgrading its chips in the first half of next year. Supporting that effort is research into new mining chips being developed with as-yet-to-be-revealed partners.

Pending the outcome of that process, GMO indicated that it would move to begin selling mining hardware.

“After the company has gained a certain level of operational experience, it will work on initiatives including [the] provision of a cloud mining service and selling next-generation mining boards equipped with mining chips,” the firm said in the statement. 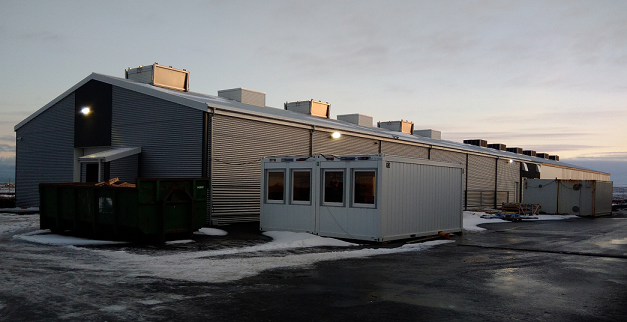 The cryptocurrency mining business will use existing technology to mine from facilities (mining centers) in Northern Europe. GMO Internet will increase the size of the operation in phases, expanding the business.

The company will use cutting-edge 7 nm*1 process technology chips in the mining process, and is currently jointly working on research and development with an alliance partner who possesses the semiconductor design technology necessary to realize high level computer performance for mining (the mining board). Next-generation mining boards equipped with these mining chips will be used in the mining process in the first half of 2018.

Japanese digital services firm GMO has divulged additional plans for its forthcoming cryptocurrency mine and the $90 million budget backing it.

According to TechWave, on Wednesday the company held a presentation on the plan following its announcement last week. GMO, which was founded in the 1990s and already operates its own cryptocurrency exchange, said it would begin mining – an energy intensive process by which new transactions are added to a blockchain –in the first half of 2018.

In the presentation, GMO representatives said that it would begin testing a new 7nm semiconductor chip by the spring. To date, according to the demo, GMO has already spent $3 million out of an expected 10 billion yen (worth approximately $90 million). That initial funding has been spent to kickstart the chip development as well as work on the facility itself, according to the report.

GMO representatives announced the datacenter, which will be built in northern Europe, and its purpose last week, marking the first time a major internet company jumped into the cryptocurrency mining market.

According to GMO President Masatoshi Kumagai:

“Besides mining at our company, we also plan to sell the mining board with the ‘cloud mining center’ [so] that anyone can participate in mining.”

GMO is not the only company to get involved in cryptocurrency mining. Japanese e-commerce giant DMM announced they would also be getting involved with the business. They plan to begin testing in October, and may enter full production by the end of 2017.