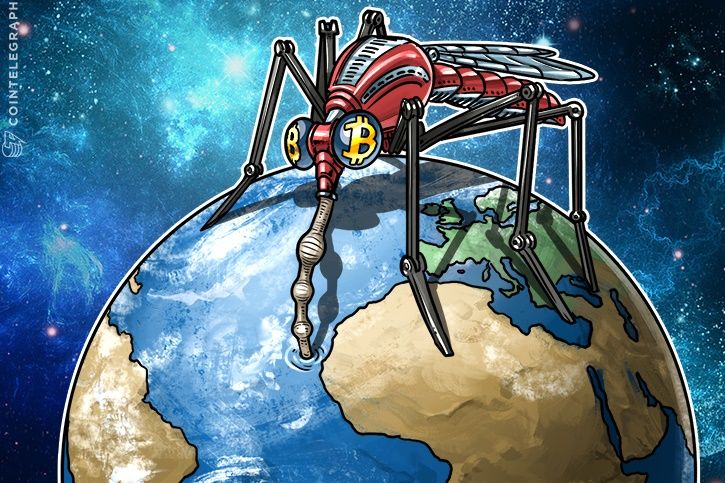 Mining is the lifeblood of Bitcoin but like any industry, it consumes power to unlock the precious virtual currency.

There are massive mining operations around the world and they are bound to be more popping up in the next few years as Bitcoin and other cryptocurrencies continue their path into mainstream acceptance.

As it stands, Bitcoin mining is a lucrative operation. With the price over $11,000, there is a lot of money to be made. Like any factory, mining rigs use electricity. A lot of electricity.

According to UK based company Power Compare, the surge in Bitcoin price has directly influenced the demand on power supply.

They have developed their own Bitcoin Energy Consumption Index, which has provided the most recent data driving these insights.

Bitcoin and Bitcoin Cash mining is using a total of 0.13 percent of the global energy consumption – which ranks the combined mining operation as the 61st highest power consumer in the World.

Interestingly, but not surprisingly, the power consumption of Bitcoin mining in November 2017 increased by nearly 30 percent – no doubt linked to the massive bull run.

If the demand for electricity caused by mining continues keeps at its current rate – mining will consume all of the world’s electricity supply by 2020.

As it stands, Bitcoin mining uses more power than most African countries – as shown in Power Compare’s illustration below. 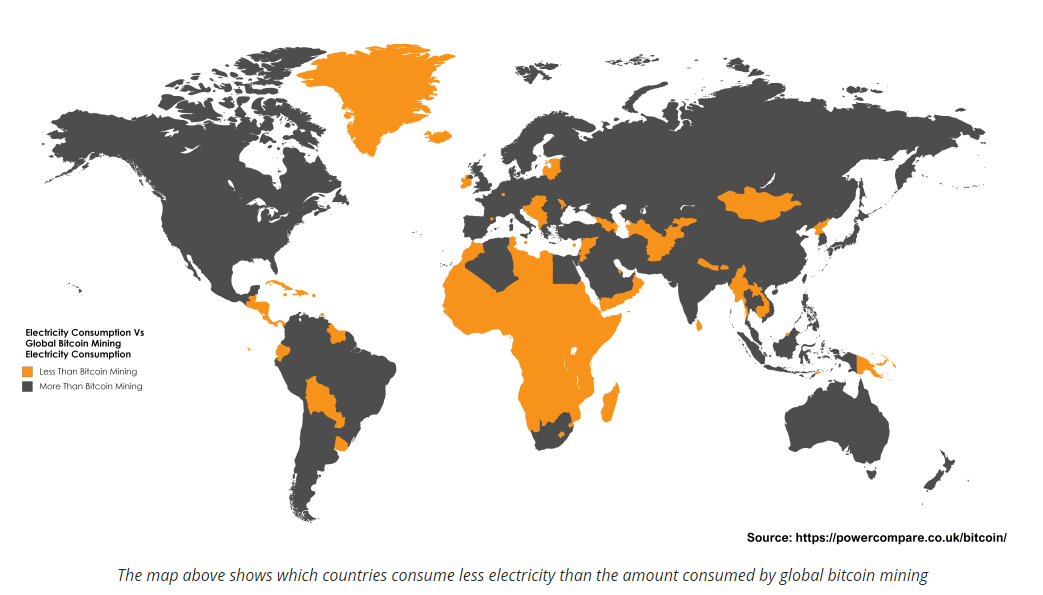 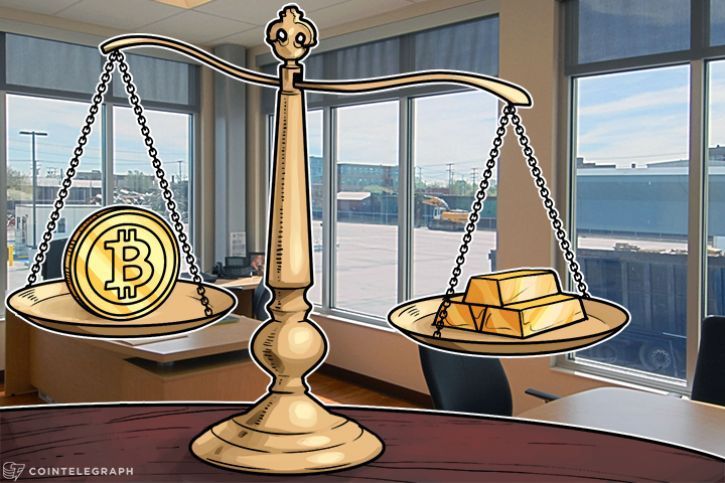 The risks of environmental impact because of Bitcoin mining have been widely touted, but a recent report indicates that the actual damage from Bitcoin mining may well be far less than that associated with fiat currencies and other industries.

The report indicates that the annual consumption of power from Bitcoin mining is 8.27 terawatt-hours per year, more than Ireland and other small nations. Nevertheless, this number is actually only an eighth of what data centers in the US consume annually, and the global production of fiat currencies stands at 11 terawatt-hours per year.

Gold mining burns a staggering 132 terawatt-hours per year. What’s more, these numbers don’t even include the massive amount spent on vaults, banks, security systems and more to keep the physical cash and precious metal safe.

The environmental impact of Bitcoin mining has been widely touted, particularly by those who believe it to be a non-legitimate currency, but it appears these accusations are more fear, uncertainty and doubt (FUD), rather than actual facts.

These reports do not take into consideration the actual costs of other types of value production, all of which consume resources. In point of fact, Bitcoin consumes less energy than its non-digital equivalents.

No, Bitcoin Won’t Boil the Oceans

Bloomberg: Concerns about the cryptocurrency’s energy use are overblown. 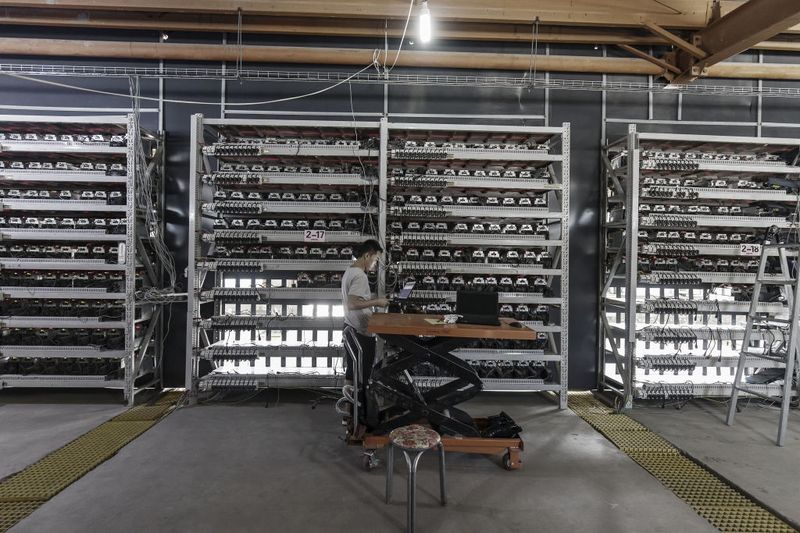 While much of the world marvels at bitcoin’s meteoric rise, another part is focused on an environmental byproduct: The sheer amount of electricity that crypto-currencies use. By some estimates, bitcoin’s consumption alone exceeds — or will exceed — that of Ireland, Denmark, Japan or even the entire world.

Instead of worrying about how soon bitcoin will melt the polar ice caps, though, it’s worth considering how much energy might be saved.

Digital currency is wasteful by design. Bitcoin “miners,” who process transactions in return for new currency, must race to solve extremely difficult cryptographic puzzles. This computational burden helps keep the transaction record secure — by raising the bar for anyone who would want to tamper with it –- but also requires miners to build giant farms of servers that consume vast amounts of energy. The more valuable bitcoin becomes, the more miners are willing to spend on equipment and electricity.

Still, it’s important to put things in perspective. A recent report suggests that at current prices, Bitcoin miners will consume an estimated 8.27 terawatt-hours per year. That might sound like a lot, but it’s actually less than an eighth of what U.S. data centers use, 1 and only about 0.21 percent of total U.S. consumption. It also compares favorably to the currencies and commodities that bitcoin could help replace: Global production of cash and coins consumes an estimated 11 terawatt-hours per year, while gold mining burns the equivalent of 132 terawatt-hours. And that doesn’t include armored trucks, bank vaults, security systems and such. So in the right context, bitcoin is positively green.

What’s more, bitcoin’s consumption won’t necessarily keep rising as it has. Data centers, for example, have gotten a lot better. Not long ago, the Department of Energy was predicting that their electricity use would double every five years, and Google was getting slammed for consuming enough to power 200,0000 homes. In recent years, though, the centers’ total electricity use has flattened even as their number has kept growing. As it turned out, better cooling and power management technology improved efficiency. Bitcoin miners are no less motivated by profit, so it stands to reason that they will seek to become more efficient and employ the cheapest energy available, which generally means hydroelectric plants and other renewable sources.

It’s easy to criticize bitcoin for being wasteful. But so are many things in life, including airplanes, commuting to work and Sunday Night Football. A return to subsistence farming could drastically reduce our carbon footprint, but sometimes using energy to improve our quality of life is worthwhile.

The bitcoin network has the potential to generate a lot of benefits. How much is sound money worth? How about the ability to send money freely across borders, with no permission or central counterparty involved? Or to own an asset that can’t be seized? People in the U.S. and other developed countries might take these things for granted, but people in places like Zimbabwe and Venezuela are turning to bitcoin for survival. So perhaps all those computations aren’t wasteful: Maybe the miners are simply transforming the energy into something more valuable.